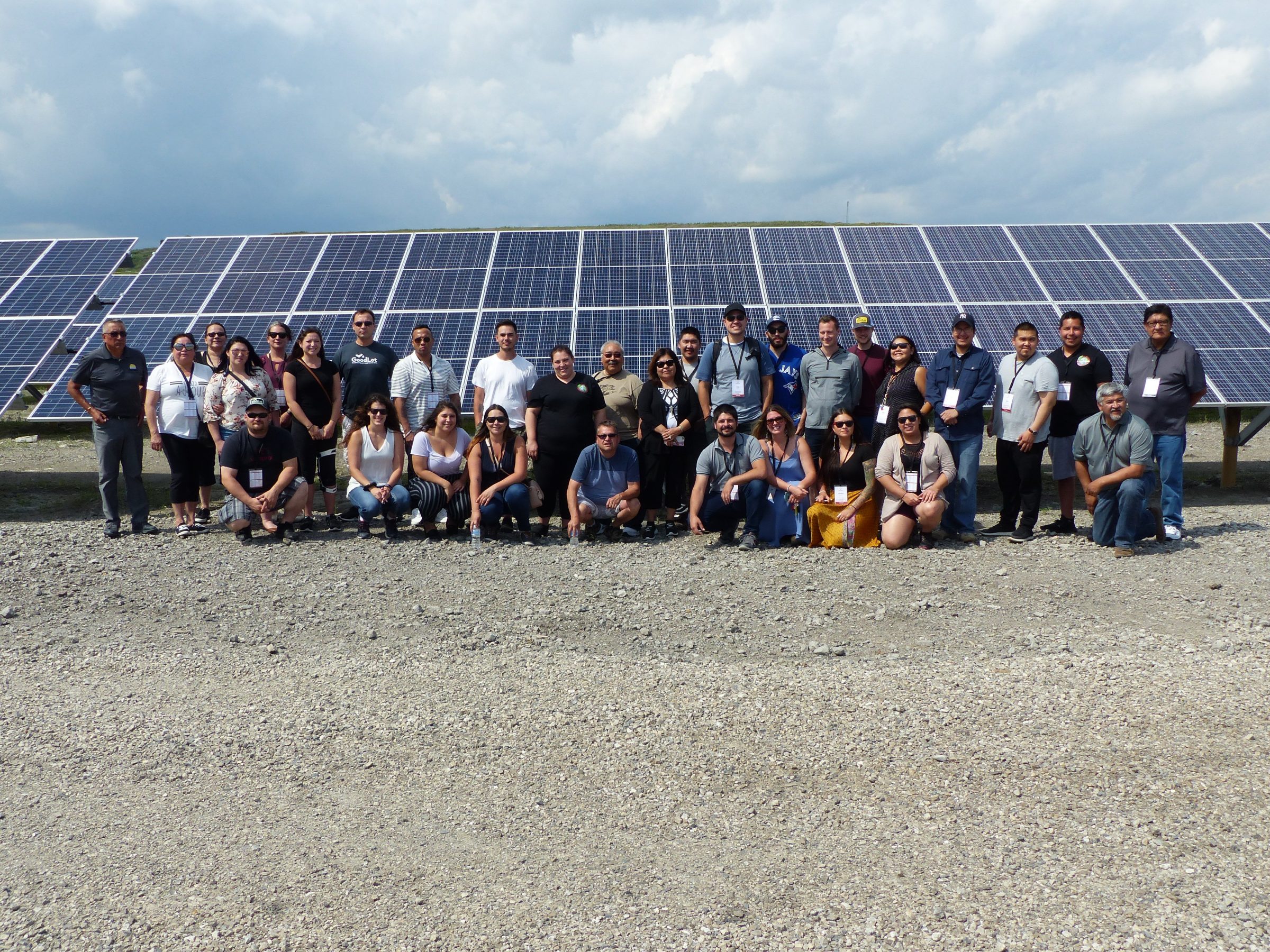 The water treatment plant in Taloyoak, Nunavut, already has a six-solar-panel system, keeping it off diesel for the summer months.

Around Kuujjuaq, Quebec, meanwhile, wind and solar-powered GPS locators aid hunters and trappers out on the land.

These are two examples of clean energy success stories in the Canadian North, shared in Toronto last week by participants in a three-month intensive renewable energy boot camp.

Twenty-two participants from Indigenous communities across Canada from Bella Bella, B.C., to Makkovik, Labrador, took part in the 20/20 Catalysts Program, put on by the social enterprise Indigenous Clean Energy.

The aim of the program is to help Indigenous communities prepare themselves to invest in clean energy projects. And the North had a strong showing among participants.

“I always wanted to reduce the cost of living and I didn’t know where to start,” said Jimmy Arqviq of Gjoa Haven. “This Catalysts program gave me that.”

Participants learned how energy saving—and subsequently dollar-saving—changes can be built into the bones of a house, with its insulation, or in its appliances. Or savings can be found at the community level by adding solar panels or wind energy projects that help alleviate reliance on diesel fuel.

Better options for the North

In Gjoa Haven, Arqviq said, the dump is littered with spent fuel barrels from the past 60 years that’s rusting and rotting out.

Waste oil from heating and electricity has nowhere else to go in the King William Island community, but a new program, with support from WWF-Canada, will see that spent oil heat the Hamlet of Gjoa Haven’s six-bay garage using a waste oil furnace.

Arqviq, a building maintenance foreman for the hamlet, is hoping the furnace will arrive on the sealift this summer. “Maybe people will see it, and start putting them in their homes,” he said.

After attending the program, he’s hoping to encourage residents to pursue energy savings by replacing personal appliances with more efficient models, and by taking a more conscious effort to use less energy and better sources.

“I’d like to see more people not having to pay so much in utility bills and reduce greenhouse gas emissions at the same time,” said Arqviq.

Among the participants were members from three Nunavut communities, as well as Nunavik, and other northern regions including Fort McPherson, N.W.T., and two Nunatsiavut communities.

Over the phone, he explained to the group that his community relies solely on diesel, yet the Caniapiscau-Koksoak River system on which Kuujjuaq sits was diverted in 1985 to supply the La Grande hydroelectric project.

A community energy plan is needed in Kuujjuaq, he said, and there could be potential for solar generation for the community arena.

Peter Aqqaq, the community economic development officer for Taloyoak, was also looking at a community energy plan as a necessary first step. “We’ll see what the community wants, and go from there,” he said.

Following the addition of solar panels to the community’s water treatment plant, there are more opportunities to offset the fuel the community relies on by looking at housing retrofits to make them more energy efficient.

As part of the 20/20 Catalyst Program’s stop in Yellowknife, the group met with the Arctic Energy Alliance for a demonstration of a home energy audit. One thing Aqqaq hopes to put in place is a partnership with the Yellowknife-based organization to get training for a Taloyoak resident as an auditor.

The group was also in British Columbia, and finally Ontario, for on-site visits, while otherwise connecting remotely. Participants took part in workshops, coaching and met an onslaught of mentors who have worked on clean energy projects across the country, particularly in Indigenous communities.

And they became a part of Indigenous Clean Energy’s ICE Network, which offers continued access to mentors and resources to see their clean energy goals come to fruition.

Not only was that network of value, but Aqqaq said there would be a doors-open policy for sharing information and ideas with other catalysts, especially from the North, as they continue in the effort to bring clean energy to their communities.

“Our community is at the very beginning of caring about renewable energy,” said Alex Ittimangnaq. He’s the hamlet of Kugaaruk’s economic development officer, and he wants to get people talking about clean energy and what they can do.

“What I want to see back home is the general public be more conscious of their energy use. I have really high hopes for this. I’m excited to see where this goes.”