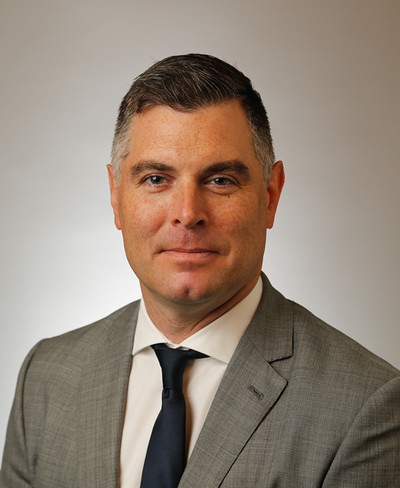 Clint Davis is the new president and CEO of Nunasi Corp.

The board that oversees Inuit-owned Nunasi Corp. has appointed Clint Davis to serve as its next president and CEO, the company said in a news release this past March 2.

Davis, an Inuk from Nunatsiavut, has a background in investment banking. He’ll replace Harry Flaherty, who has been serving as Nunasi’s interim president.

After starting his career as a lawyer in St. John’s, Newfoundland, he worked for the old Department of Indian Affairs and Northern Development, and then became national director for aboriginal banking at Bank of Montreal.

After that, he became vice-president of Indigenous banking at the TD Bank Group and served as president and CEO of the Canadian Council for Aboriginal Business.

In 2016, he won an Indspire award and most recently has been CEO of North35 Capital Partners Inc., a Toronto firm that advises Indigenous businesses on how to gain access to credit and raise capital.

He’s also chair of the Nunatsiavut Group of Companies.

Nunasi Corp. is Nunavut’s oldest birthright development corporation. It began life in 1976 under the name “Inuit Development Corp.” and acquired the name “Nunasi” some years later.

Its board of directors is made up of representatives of Nunavut’s three regional Inuit associations and three regional birthright development corporations.

Nunasi is run as a privately held company and does not publish any financial statements.

One of its big early investments was a 50 per cent share in Northern Transportation Co. Ltd., when the western Arctic barge operator, a Crown corporation, was privatized by Brian Mulroney’s Progressive Conservative government in 1985.

With the Inuvialuit Development Corp., the other 50 per cent owner, Nunasi went on to create Norterra Inc., a holding company that, in addition to NTCL, owned the Canadian North airline.

But in 2014, Nunasi sold its interest in Norterra to IDC, just before NTCL went bankrupt in 2016.

After that, Nunasi restructured, closing its Yellowknife office and moving its head office to Iqaluit.

It still owns interests in the Larga family of Inuit patient boarding homes, the Nunavut Construction Corp., the Uqsuq fuel oil company in Iqaluit and other businesses.

Nunasi also had an interest in the PAIL group of companies, which once held a contract to supply services to the North Warning System.