“Co-op hotels have been able to move their staff around” 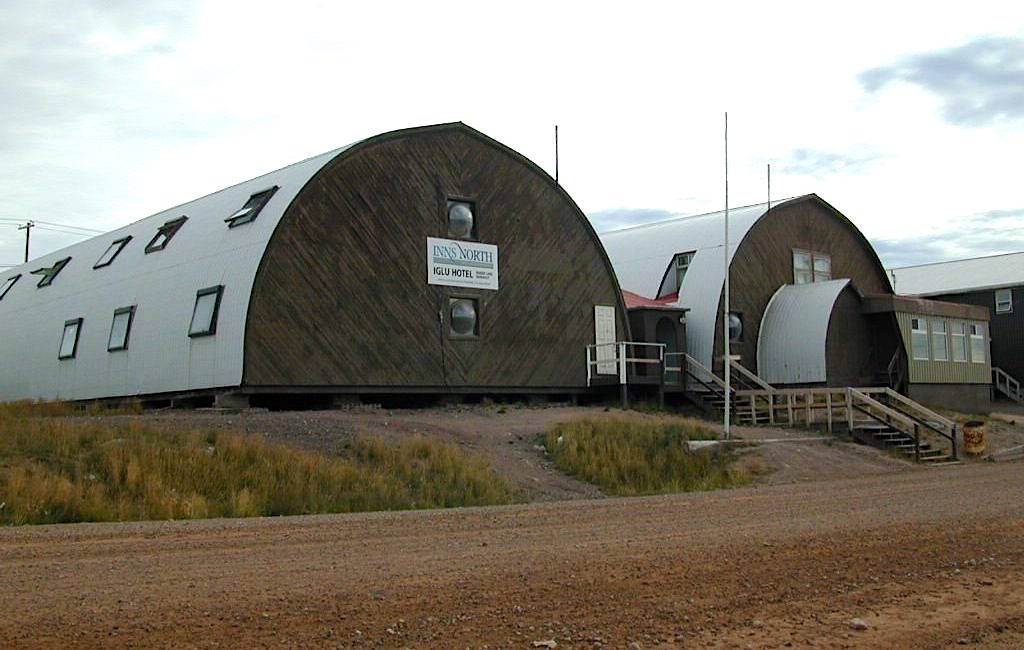 The Iglu Hotel in Baker Lake is one of Arctic Co-operatives Ltd.’s 19 Inns North hotels in Nunavut. While the co-op hotels have been virtually empty during the COVID-19 pandemic, the hotel workers have been able to continue working at other jobs for their local co-ops, said Duane Wilson, vice-president for stakeholder relations at ACL in Winnipeg. (Photo courtesy of ACL)

The Arctic Co-operatives Ltd.’s 19 Inns North hotels in Nunavut have been hit hard since March, when the territory first declared its state of emergency and imposed travel restrictions due to COVID-19.

“Purely from a hotel perspective, it’s been pretty grim,” said Duane Wilson, vice-president for stakeholder relations at the Arctic Co-operatives Ltd. in Winnipeg.

“If you look at what the airlines are going through, airline travel and hotels are in lockstep with each other.”

With Government of Nunavut duty travel restricted, occupancy at co-op hotels has plummeted.

But Wilson said that those who work in the hotels have largely been spared the layoffs caused by COVID-19 in the southern Canadian hospitality industry.

That’s due to how co-ops work, Wilson said.

Generally, the hotels are just part of the co-ops’ range of business activities, he said.

“So, unlike some other privately owned hotels, this means the co-op hotels have been able to move their staff around,” he said.

A worker in a co-op hotel who has experience with guest service, food safety or cleaning also has “very valuable skills in a retail food setting,” and can easily work in the co-op stores, he said.

Even when hotel occupancy has dropped to five per cent, the co-op hotels have had a little more flexibility and not laid staff off, he said.

About 1,000 Nunavummiut work in the co-ops throughout the territory.

Although hotel traffic nosedived in Nunavut, there’s been an uptick in the co-op stores’ retail sales. That’s a result of Nunavummiut being able to access the Canada Emergency Response Benefit and money from Inuit organizations during the pandemic, which helped out financially and encouraged people to shop more, Wilson said.

Meanwhile, although the hotels are empty, they are still key pieces of community infrastructure, he said.

“We saw that first-hand when the Government of Nunavut rapid response team had to go to Pond Inlet to respond to what turned out to be a … [false-positive] … test for COVID-19. The co-op and the hotel were essential pieces of community infrastructure to support the deployment of the rapid response team,” he said.

As well, occupancy by construction workers has increased hotel business in some communities this summer.

But cleaning and other measures have been put into place in every hotel as a barrier against any possible community transmission, Wilson said.

“We are all in this together,” he added.