“If running out of bread for a few hours is the worst of it, that’s not a terrible outcome” 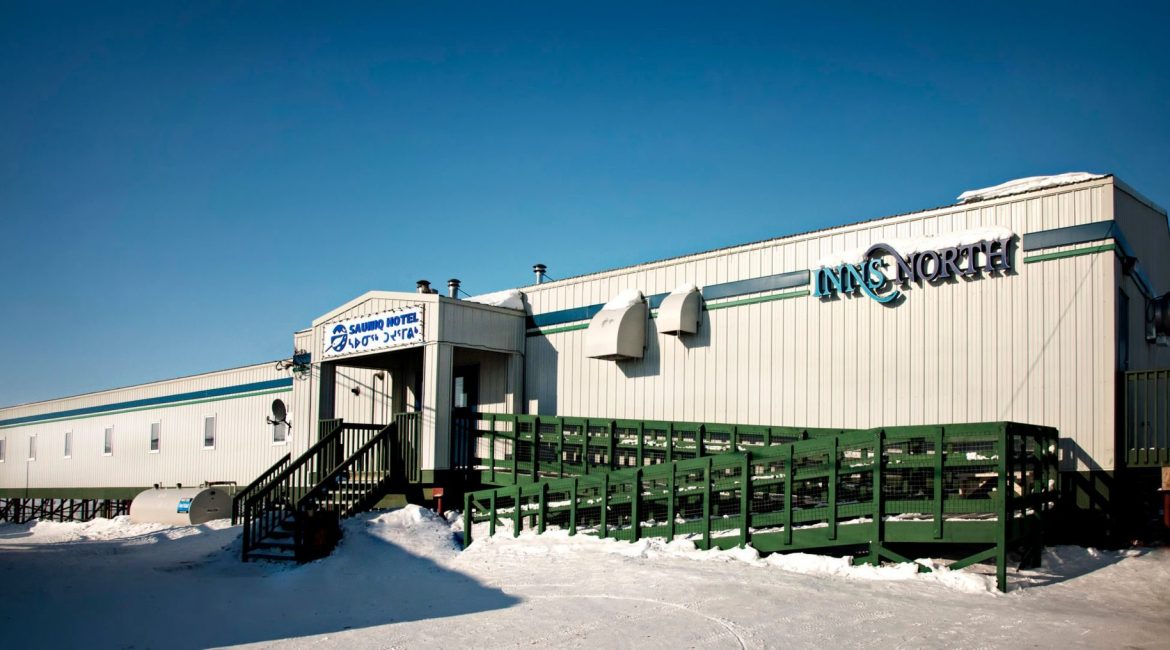 Co-op-owned hotels like the Sauniq Hotel in Pond Inlet have taken a huge hit since Nunavut’s COVID-19 travel restrictions were put in place. The Government of Nunavut still relies on the hotels, says the Arctic Co-operatives Ltd., but so far the company hasn’t been able to tap into any federal assistance money to make up for its loss of business. (Photo courtesy of ACL)

Last week’s false-positive finding of COVID-19 in Pond Inlet also turned out to be a tryout for the Arctic Co-operatives Ltd.’s response to the new coronavirus in Nunavut.

After learning that COVID-19 appeared to have hit Pond Inlet, Duane Wilson, the ACL’s vice-president for stakeholder relations, said his company jumped into action.

The Government of Nunavut and health officials would need back-up from Pond Inlet’s Tununiq Sauniq Co-op, one of the largest in Nunavut, whose businesses include a retail store, convenience store, hotel, fuel delivery, Yamaha snowmobile and all-terrain vehicle repair shop, cable television services and property rentals.

During the current pandemic, Wilson said he serves as the point of emergency contact to give the co-op’s local general managers the chance to concentrate on immediate needs.

“And it helps the GN because we work together on a common expectation of what to do with the rapid response teams because we have hotels in virtually every community,” he said.

First, on April 29, right after the GN released the news about the COVID-19 case, the Pond Inlet co-op closed while everyone made sure that its premises were safe and evaluated what additional precautions against the new coronavirus they might have to take.

Then, there was a Canadian North freighter that was supposed to head to Pond Inlet with cargo, but a decision was made to ground the flight.

That decision would leave the store with no bread.

“But, given the circumstances, you have to make a staff decision,” Wilson said.

And having to send people in Pond Inlet out to the airport to handle products, then bringing them into the closed store, when COVID-19 might be around, didn’t seem like a good idea, he said.

“If running out of bread for a few hours is the worst of it, that’s not a terrible outcome,” Wilson said as he reflected on the experience.

Meanwhile, the Sauniq Hotel, which at that point was unprepared for the arrival of the GN’s rapid response team, organized for its arrival.

“Our hotels are key pieces of community infrastructure for the GN’s rapid deployment,” Wilson said.

The next day, April 30, the co-op store opened with reduced hours and long lineups of customers outside.

“We thought a community organization would do crowd control outside but that never materialized,” Wilson said. “In the grand scheme of things, that’s relatively minor and it could be just isolated to that particular day.”

On the day the co-op and Northern store closed, many people in Pond Inlet went on social media to see if they could buy cigarettes or pop.

Wilson said people had never hoarded things like that or toilet paper, as was the case in the south, because those things are brought up on sealift and everyone knew a year’s supply was in town, he said.

Although responding to what eventually turned out to be a false-positive test result for COVID-19 in Pond Inlet went well, the new coronavirus has not been easy on the ACL: the pandemic has “decimated the hotels,” Wilson said, because travel has ground to a halt in Nunavut.

But the loss of revenue hasn’t been enough for the ACL to qualify for some of the federal COVID-19 assistance for businesses.

Then there’s also the reduced volume of fuel sold by the co-ops, due the huge reduction in flights.

The best thing to come out of the pandemic is the increased Nutrition North Canada subsidies, Wilson said, including, early on, new subsidies for cleaning supplies.

These subsidies insulated customers from any price shock for these in-demand items, which would have had to be flown in, he said.

The federal government’s decision to spend $25 million on boosting Nutrition North meant, as of Friday, May 1, an increased subsidy of $1 per kilogram for fresh fruits, vegetables, bread, eggs, fresh meat and diapers.

“This means that … a lot of items will be closer in cost to what you would see in the south,” Wilson said. “Eggs, milk, flour will become more affordable.”

Wilson said he hopes that customers appreciate what their co-ops are going through with them during the pandemic and continue “supporting the businesses they own.”