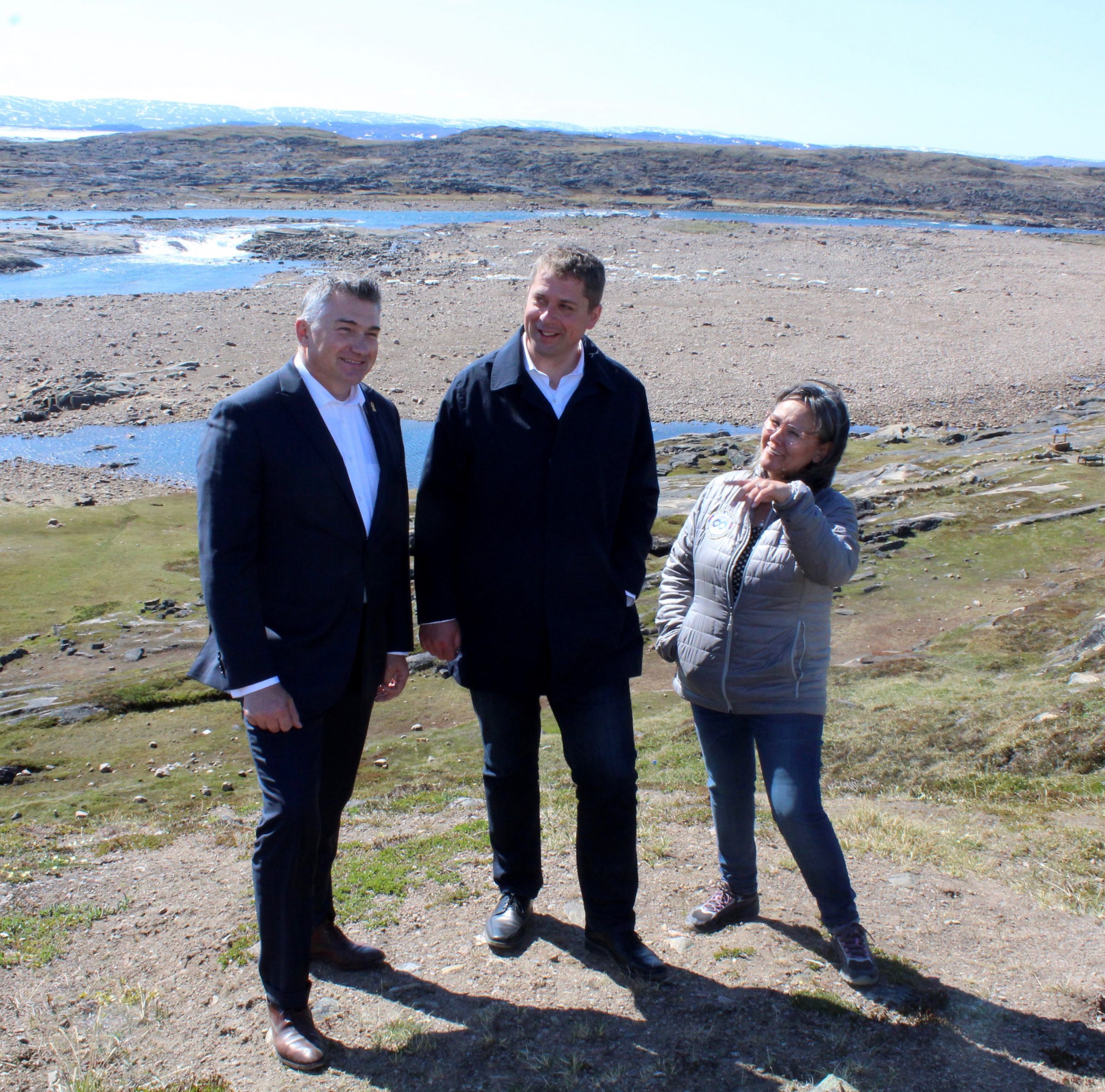 Conservative Leader Andrew Scheer says his party has “a vision for the North” to unlock its prosperity.

Speaking at a press conference at Sylvia Grinnell Territorial Park in Iqaluit on Thursday, June 20, during his first visit to Nunavut, Scheer said the territory needs to develop its natural resources, something he says is “virtually impossible” under the current Liberal government.

Scheer was joined by Leona Aglukkaq, Nunavut’s federal Conservative candidate and former federal minister. Aglukkaq lost her seat in the Oct. 19, 2015 election to Hunter Tootoo, who was then a Liberal.

Scheer did not say whether Aglukkaq would be named a cabinet minister if a Conservative government took office, but said his government would have “representation around the cabinet table from every region.”

“Since 2015, we have not seen any federal investments related to addressing the major infrastructure gaps that we do see here. So it is going backwards, in my view. We’ve had no voice in Ottawa,” Aglukkaq said.

“Our government at the time made significant investments in infrastructure. You can just look at the airport that we built. The deepsea port, the small-craft harbour here.” 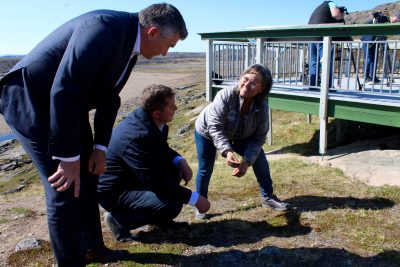 When asked how his party would address the critical need for affordable housing in the territory, Scheer criticized the Liberals’ response to the crisis.

“Part of the reason why I’m here is to listen and to learn and to find out what some of the roadblocks have been,” he said.

“We do know that in the last few years of this Liberal government it’s been a token gesture in terms of addressing the issue.”

Scheer said more details will come about his party’s housing platform during the campaign.

Scheer’s visit comes on the heels of yesterday’s announcement of his party’s plan to protect the environment, if elected. The plan mainly focuses on “investments in green technology” and repeals the federal carbon tax, which comes into effect on July 1 for Nunavummiut.

The plan also has no clear emission reduction targets.

When asked about his party’s plans for the highly criticized Nutrition North program, introduced by the Harper government in 2011, Scheer said he and Aglukkaq have already been talking about ways to increase food security in the North.

The federal government increased funding for Nutrition North in Dec. 2018 and created a new level of subsidy for some nutritious foods, along with Indigenous harvesters support money

Scheer would not say whether a Conservative government would reverse the moratorium on Arctic offshore drilling for oil and natural gas put in place by the federal Liberals.

“On that specific one, that is something we would want to be very sensitive to the concerns of the territorial leaders,” Scheer said.

While in Iqaluit, Scheer has plans to visit the Nunavut Fisheries and Marine Training Consortium and the deepsea port, and meet with community leaders on National Indigenous Peoples Day.

He and his defence critic, James Bezan, will also meet with Iqaluit’s Canadian Ranger Patrol Group.

National public opinion polls suggest that if a federal election were to be held today, Scheer’s Conservatives would form either a majority or minority government.

The CBC poll tracker has the Conservatives at 35.3 per cent, the Liberals at 29.9 per cent, the New Democratic Party at 14 per cent and the Green party at 11.6 per cent.