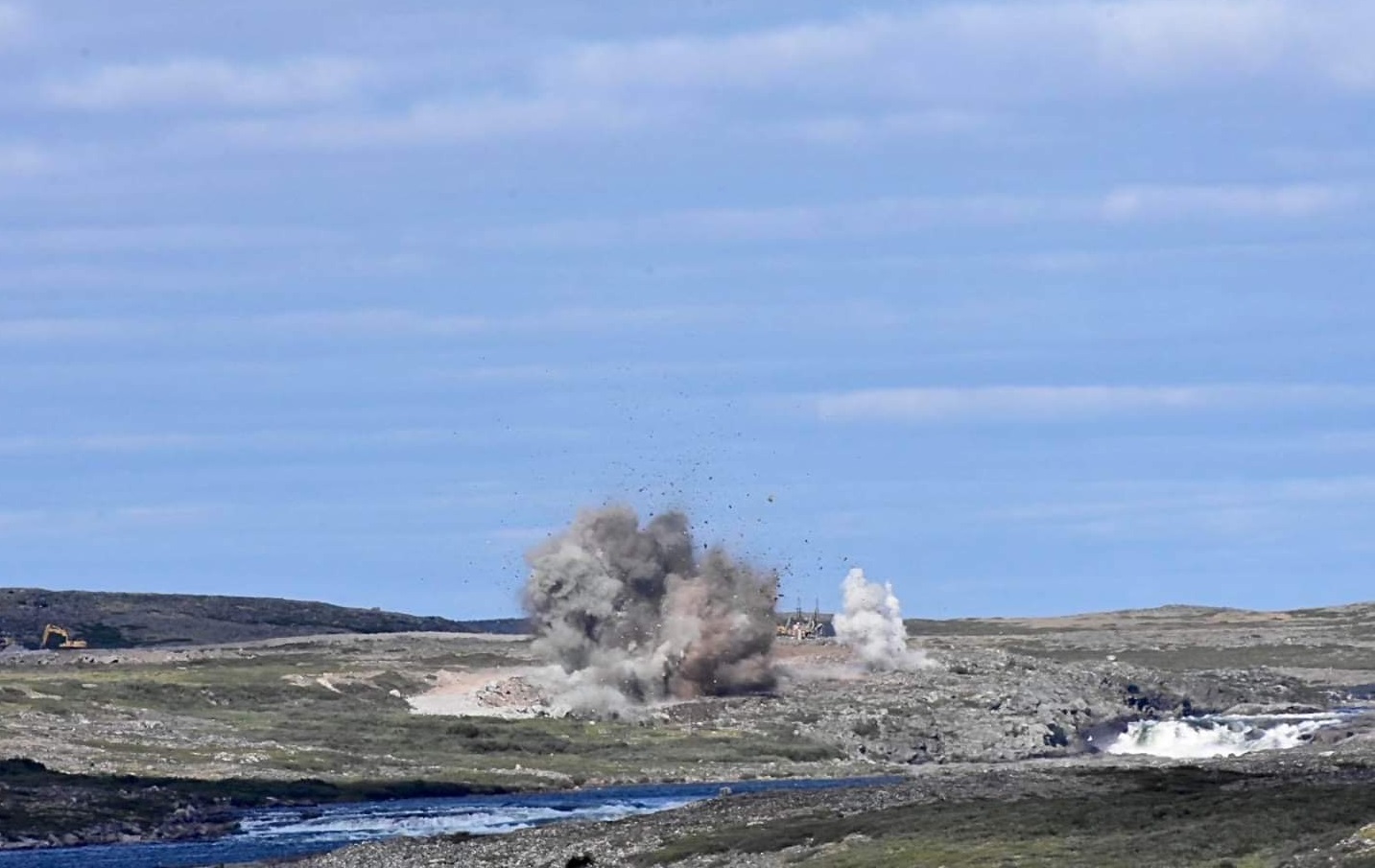 Construction has begun on the 7.5-megawatt run-of-the-river dam on the Inukjuak River—the Innavik hydro project—which is expected to be completed by the end of 2022. (Photo by Bobby Mina)

Since early July, residents of the Hudson coast community might have noticed blasting and heavy machinery traffic at a site outside town by the Inukjuak River.

That’s the future home of a 7.5-megawatt run-of-the-river dam—the Innavik hydro project—which is expected to be completed by the end of 2022. The plan is for Innavik to supply almost all the energy needed to power the community of 1,800, which currently relies on diesel.

Workers with CRT Construction have begun building a road extension to the dam site, constructing a bridge that will serve as an access road across the river, as well as excavating rock along the river’s shore to build a foundation for a power station.

“We’re finally getting started,” said Eric Atagotaaluk, who serves as project director under the Pituvik Landholding Corp., which is leading the project in partnership with Quebec firm Innergex Renewable Energy Inc.

“The plan was originally to start in May, so the work has been delayed by about two months,” he said. “But we’re still hoping to finish the work that was scheduled to be done in 2020.”

To do that, about 30 southern construction workers will fly in to Inukjuak between July and November, or until whenever the first major snowfall starts to halt work.

Pituvik was hoping to hire 18 local workers to assist with construction, but protocols that require visiting workers to quarantine once in the community make that difficult.

Workers who arrive in Inukjuak must quarantine for a 14-day period, which they can do while they are on the job, but it requires that they are isolated from anyone else.

“It has made it a bit more challenging,” Atagotaaluk said. “Some of them were really anticipating the work here.”

Pituvik signed off on an agreement with Hydro Quebec last fall that will see Pituvik sell all the energy produced at Innavik to the provincial agency, though neither party has indicated at what price.

The revenue from the sale of that power is set to go back to the community: one-third to social programs, one-third to economic development, and one-third to education and training.

There has been some local opposition to the project. With approximately 65 hectares set to be flooded for the dam, community members have shared concerns about the potential for mercury poisoning in the water and how that might affect local fish and wildlife populations.

Fish monitoring has already begun to establish baseline levels of mercury in the river.

Worries over negative effects prompted Pituvik to host a community information session in January, when the project leaders brought in experts to address people’s concerns.

“There will always be people who don’t accept the project,” Atagotaaluk said.

“But a majority of the community members were satisfied with the information that we shared with them.”

In 2021, crews are expected to build a diversion canal, which will re-route the river’s flow so the dam infrastructure can be installed.

The estimated cost of the construction is about $104 million, much of which will be covered by federal grants.