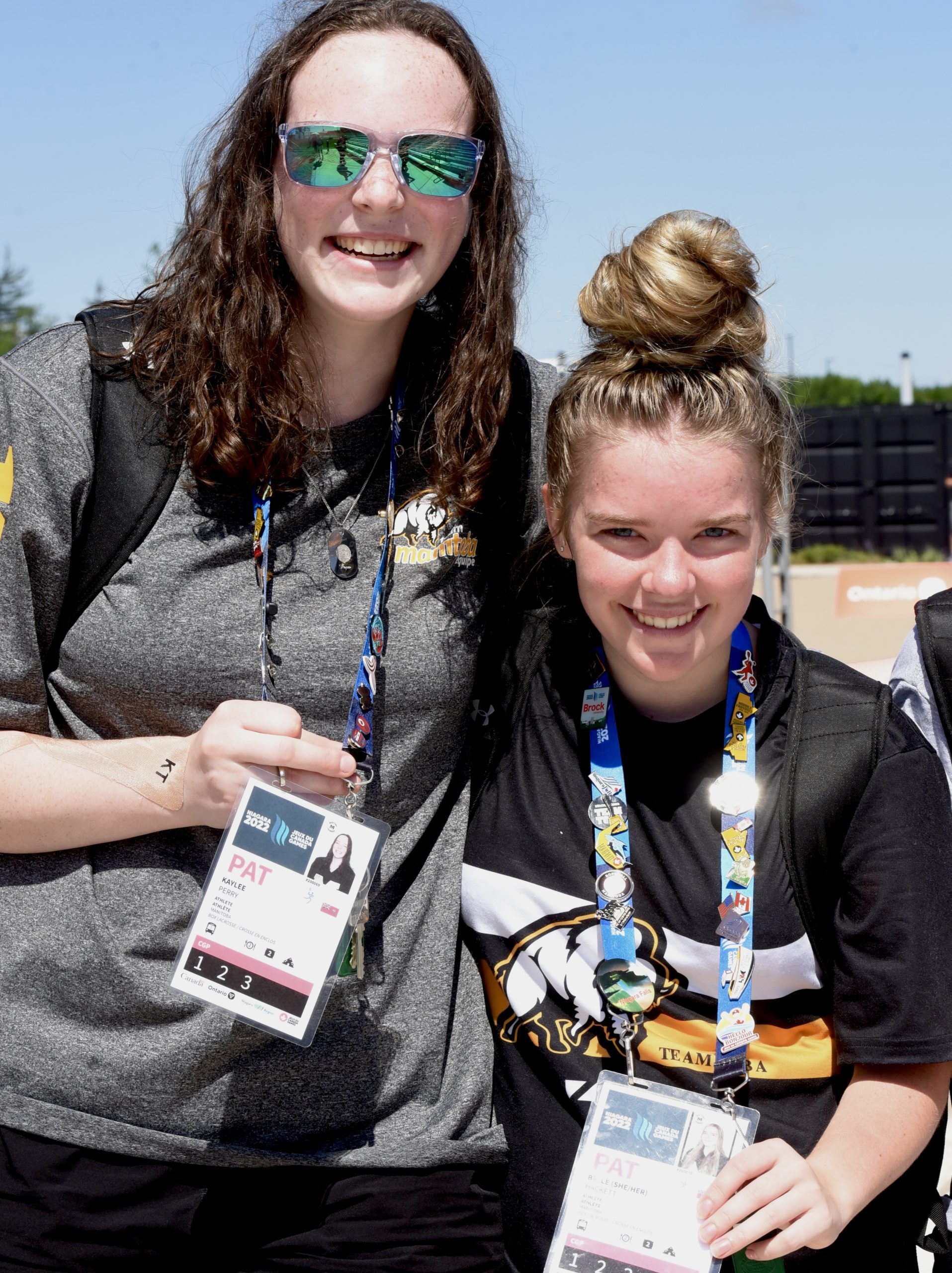 ‘Nunavut gear is top of the class,’ one athlete says

Everyone loves an underdog — especially one with cool commemorative pins.

Nunavut fielded the smallest team at the Canada Summer Games, but there’s big demand for the specially designed pin sets it provides to its athletes, coaches and staff.

Each province and territory does the same for its teams, and they’ve been hot trading items all week at the games, being held around Ontario’s Niagara region this week.

He said he heard one Ontario athlete had traded for a Nunavut pin set, then turned around and sold it for $150.

“I traded a set yesterday (to another athlete) for the Quebec track suit — the jersey, the sweater, shorts and a hat,” he said.

Dimitruk figures the rule of supply and demand also helps make Nunavut gear a hot commodity at the summer games.

While Team Nunavut has 31 athletes, plus coaches and staff, other teams are much larger. Ontario’s squad, for instance, is about 10 times the size of Nunavut’s.

“I’ve traded one set and one T-shirt, for which I’ve got a P.E.I. jacket and the whole Quebec set,” Dimitruk said. “Nunavut gear is top of the class.” 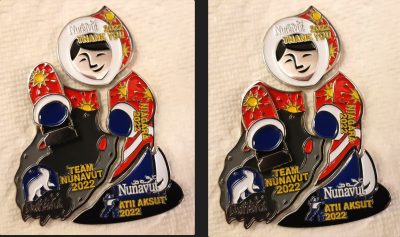 The pins are seen as a way to get athletes to mingle with competitors from other parts of Canada. They’re meant to be collected and traded, though selling them is generally discouraged.

The metal pins are also seen as a way to showcase the homeland as a good place to visit.

Nunavut’s chef de mission, Jeff Seeteenak, from Baker Lake, agreed there has been big demand for the territory’s pins.

“And this is what we’re known for at these games, that we have the nicest pin sets. We’re one of the most coveted pin sets, and there is always a Nunavut theme to it.”

This year’s version was designed by Saskatchewan-based The Pin People, Laurie Artiss Ltd., an official games supplier. It comes in four pieces, and when assembled shows an Inuit woman preparing sealskin.

The arm piece is moveable, so it looks like she is really scraping the skin.

Seeteenak said each athlete was given four sets at the start of the games, then four more after a few days.

“Some of them are getting clothing, team jackets,” he said, adding he doesn’t trade his.

“I’ve been to too many games. I just give mine away, especially to the volunteers (at the games facilities). And they really appreciate that.”