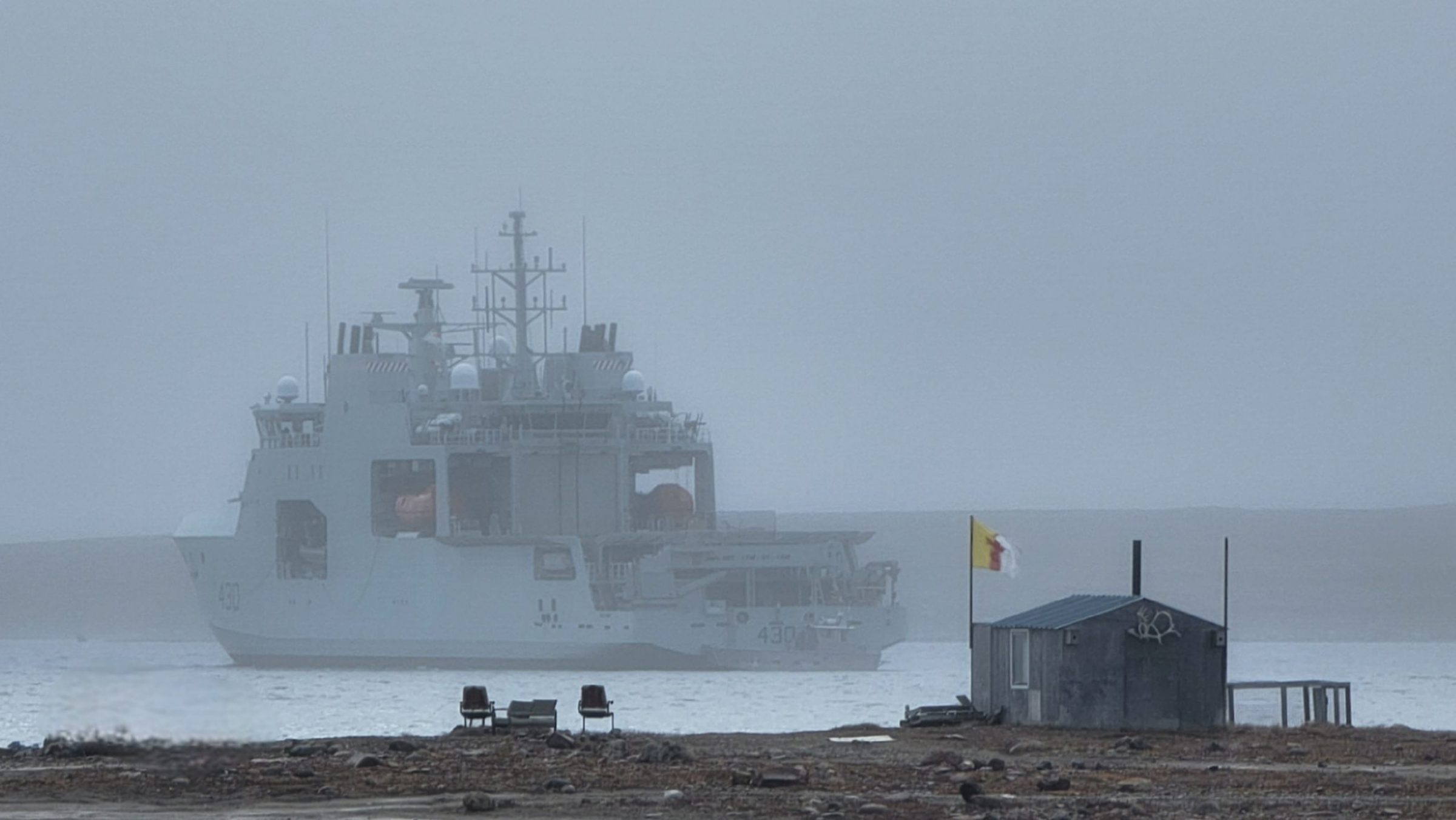 A leak in the coolant system of two diesel generators is the reason the patrol ship HMCS Harry DeWolf has been unable to travel to the North, Royal Canadian Navy Lt. Rudee Gaudet told Nunatsiaq News.

“The issues continue to be investigated and rectified at this point,” she said.

The first of four generators in the ship failed before it set out for the North, but it is still able to travel with three generators, Gaudet said.

However, once the ship set out and the second generator failed due to the same coolant issue it had to return to Halifax.

As a part of the investigation, all four diesel generators will be inspected, Gaudet said.

Part of the work involves determining whether there is a foundational issue with the ship to address, she added.

There is no timeline for the repairs, but at this point it’s expected the Harry DeWolf will be ready when needed for future operations, Gaudet said.

The Harry DeWolf is part of the federal government’s national shipbuilding strategy, which includes producing six new Arctic and offshore patrol ships. So far, three of the six have been delivered to the Canadian Armed Forces.

Last year, HMCS Harry DeWolf was the first Arctic patrol to journey through Canada’s North when it participated in Operation Nanook.

The plan for the ships is to demonstrate Canada’s sovereignty in the area by carrying out military exercises, such as a practice search-and-rescue, while building relations with Canada’s northern communities.

There is no concern from leadership in the Canadian Armed Forces about the function of the ship, Gaudet said. The Harry DeWolf was delivered in only two years.

“We understand there’s a shakedown period,” she said of working in a new ship, adding the process allows them to better understand the ship’s equipment.

Gaudet likens the experience to breaking in a new car.

“That first oil change is never a pretty one, so there’s a break-in period,” she said.

The Department of National Defence told Nunatsiaq News it does not have an estimate for how much the repairs will cost, with the work largely being done for the Canadian Armed Forces by in-service contractor Thales Canada.