Copping a look at the northern lights 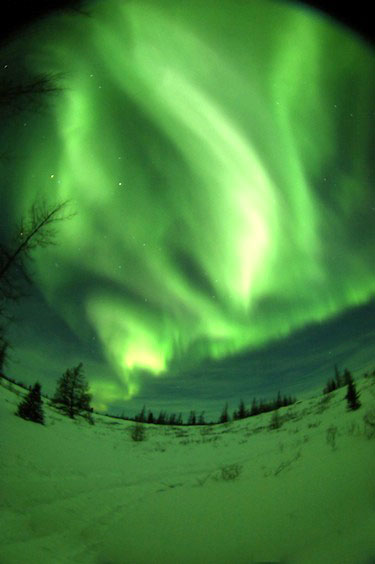 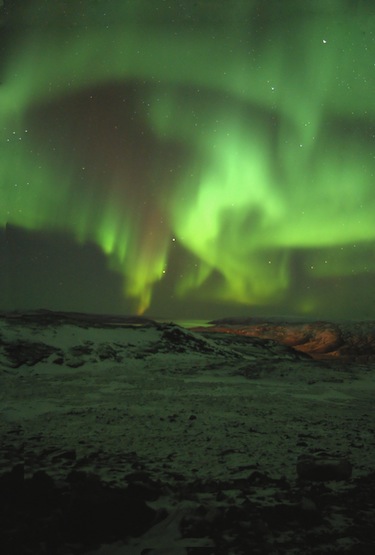 When Boutin snapped this photo in Salluit, he compared it to lava spewing from the mountain top. (PHOTO COURTESY OF LES AURORES BORÉALES)

KANGIQSUJUAQ— Gilles Boutin spent years staring up at the night sky, never thinking it would produce Quebec’s first book on the northern lights.

Earlier this year, the amateur photographer launched Les Aurores Boréales: Québec-Nunavik, a 200-page collection of some of the most stunning skyscapes the north and south of the province have to offer.

Photos aside, Boutin covers some science, folklore, personal anecdotes from his travels and a section of how-to for the aspiring night sky photographer.

Roughly a decade ago, the daytime police officer took on a night job chasing the arsaniit, first in his home region around Quebec City and also in Nunavik.

It was on the tundra, Boutin said, that he actually heard the aurora for the first time and knew his photos were bound for glossy pages.

“I quickly realized that the way they appeared was different each time because of their shape, colour and intensity,” Boutin said. “I’ve since become a relentless hunter. If the weather is bad and cloudy, I still travel 200, 300 or 500 miles to find clear and starry skies to capture the aurora.”

Boutin visited Nunavik for the first time in 2006 and has made several trips since, including a recent visit to the Pingualuit park near Kangiqsujuaq.

He’s also spent time in Salluit, where he shared his work with students in the community’s school.

Boutin regularly posts his work on his website – a site that garnered him international attention.

“I started my website in 2004 and now I average about 300 visitors per day,” he said. “People who research the aurora come to my site and seem surprised to see how beautiful the northern lights in Quebec can be. I get lots of requests from people wanting to know where they can photograph the aurora, and even some requests to accompany me.”

But the book is Boutin’s first published work.

Les Aurores Boréales is, at the very least, a deluxe coffee table book, with an impressive collection of photographs displaying some of the best scenery from Nunavik and along the St. Lawrence River.

Readers who want to know more about the aurora and how they work will find that in Boutin’s book, too.

Northern lights enthusiasts can learn how to identify the best season for viewing the aurora and the different forms the lights take.

“My favourite (form) is called the “crown” because the aurora is directly overhead,” Boutin said. “These spectacular auroras seem to bump into each other to create elongated figures. With some imagination they seem to take on the forms of animals, like in Inuit legends.”

And finally, Boutin offers some advice to start-up photographers wondering how to capture the night sky from their own backyard and adapt their cameras to the aurora’s changing movement and light. 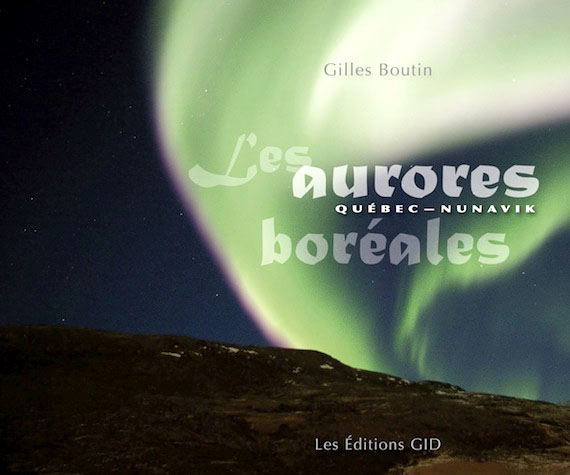 Photographer Gilles Boutin’s book on the northern lights is the first of its kind published in Quebec. (COURTESY OF LES AURORES BORÉALES)