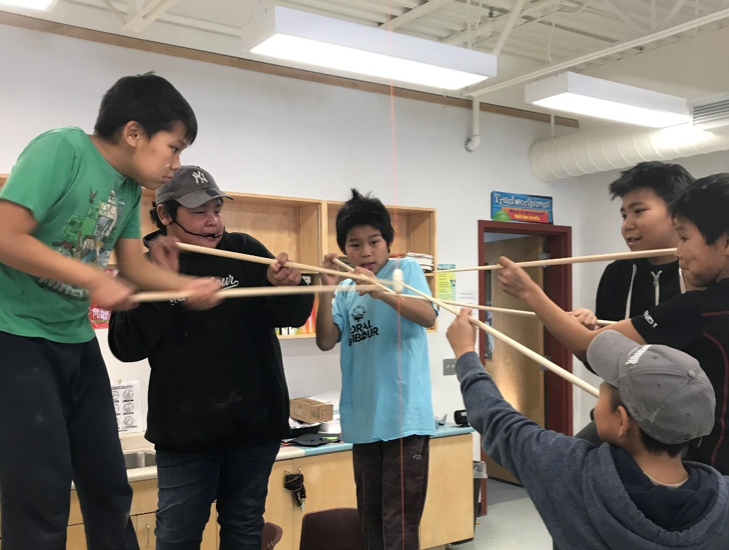 Students at Coral Harbour’s Sakku School have been learning traditional Inuit games, thanks to a kit created by two teachers.

Rhoda Angootealuk and Amouyah Eetuk partnered with elders and carvers to create the wooden kit, which contains about eight Inuit games.

“I’m quite excited and happy they’re being used,” said Angootealuk, who teaches Inuktitut and Aulajaaqtut, a Nunavut-made course that focuses on wellness and life skills, including adaptability and resourcefulness.

“[The students] don’t often see the traditional games being used anymore, so now they have a feel for how our ancestors killed their time.”

She said one of the students’ favourites is Ajagaq, which is similar to a cup-and-ball type game. The player holds a small, spear-shaped bone, attached to a larger bone with holes in it. Then player flips up the larger bone over the spear and tries to catch it in one of its holes.

Angootealuk, who has been with the school for 31 years, said she played Ajagaq when she was younger. 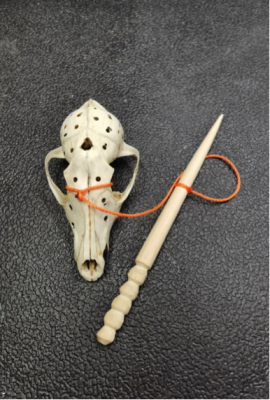 In another game, small bones from seal flippers are placed in a sealskin bag. Using a string with a loop at the end, the goal is to pick up as many bones as possible with the string by shaking the bag, she explained.

“It was new to them … you have to show them how it’s used and you get them to practise,” said Angootealuk. “They really enjoyed that.”

Angootealuk said that one day the teachers all played the games together.

“The teachers were more excited than the students,” she said with a laugh. “They were really enjoying themselves.”

The game kits came to be during a professional development week in 2019. Elders Lizzie Pootoolik and Johnny Kataluk shared traditional knowledge with the teachers and explained activities and games they played as children.

Then, two local carvers, Jeffrey Ell and Malituq Akesuk, created the game pieces and a box to hold it all — signed by everyone involved. 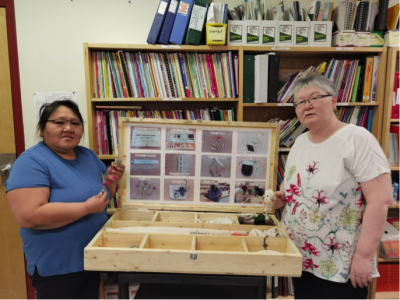 Rhoda Angootealuk and Amouyah Eetuk are pictured here with their traditional Inuit game kit. (Photo provided by the Department of Education)

The games help build a sense of pride in being Inuk, according to the Department of Education, in a news release about the project.

“[The kit] also provides students an opportunity to learn kinesthetically, especially with activities that contain a cultural and traditional component,” states the release.

The game kit is available for anyone in the school to use.