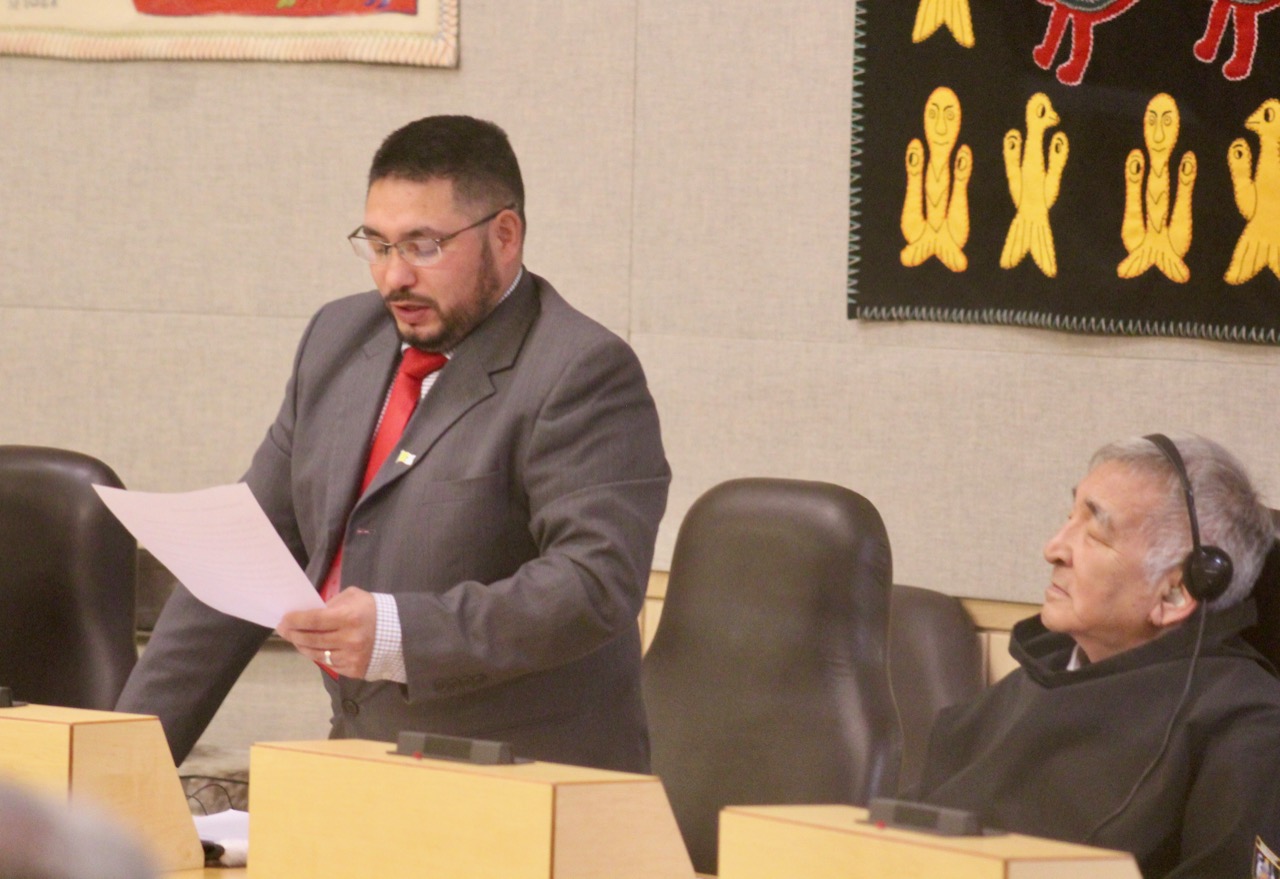 Solomon Malliki speaks in the legislative assembly on Monday about the health centre in Coral Harbour. (Photo by Emma Tranter)

There’s not enough room in Coral Harbour’s health centre, according to its member of the legislative assembly.

Aivilik MLA Solomon Malliki described the problem to his colleagues on Monday in the legislature.

“Due to [the] cramped situation, there is serious lack of privacy when clients are being seen by the health-care staff,” he said.

“We do know that in some communities, our facilities are not meeting the community’s needs,” Main said.

“It’s really something that bothers me deeply as minister, when … the patients coming in the door, they’re entering a facility that’s in some cases inadequate.”

Some communities, like Sanikiluaq and Kinngait, have new health centres. Coral Harbour’s health centre sits seventh on the list of those that need to be replaced in Nunavut, Main said.

The priority list as it currently stands, according to the Department of Health is as follows:

“We don’t have anything new in our community,” Malliki said.

Coral Harbour is not alone with its troubles, Main replied, pointing to communities like Qikiqtarjuaq, where the population is about 650, and Naujaat, with 1,270, which also have health centres that are too small for their growing populations.

Main said his department reaches out to the Department of Community and Government Services to get administrative offices outside of the health centres to make more space.

He also acknowledged the lack of space in some health centres affects health-care staff.

“If you imagine that you’re a health professional and it’s your first time coming to a community, and you go to a health facility that’s inadequate, it sends not a great message to our staff,” he said.

Main said he has pressed federal ministers in Ottawa to put money into health infrastructure in Nunavut.

“It’s having real impacts on the people in this territory and that’s something I will continue to push for when I have my meetings with my federal counterparts,” he said.

This story has been updated to add the list of Nunavut health centres that are prioritized to be replaced or expanded.