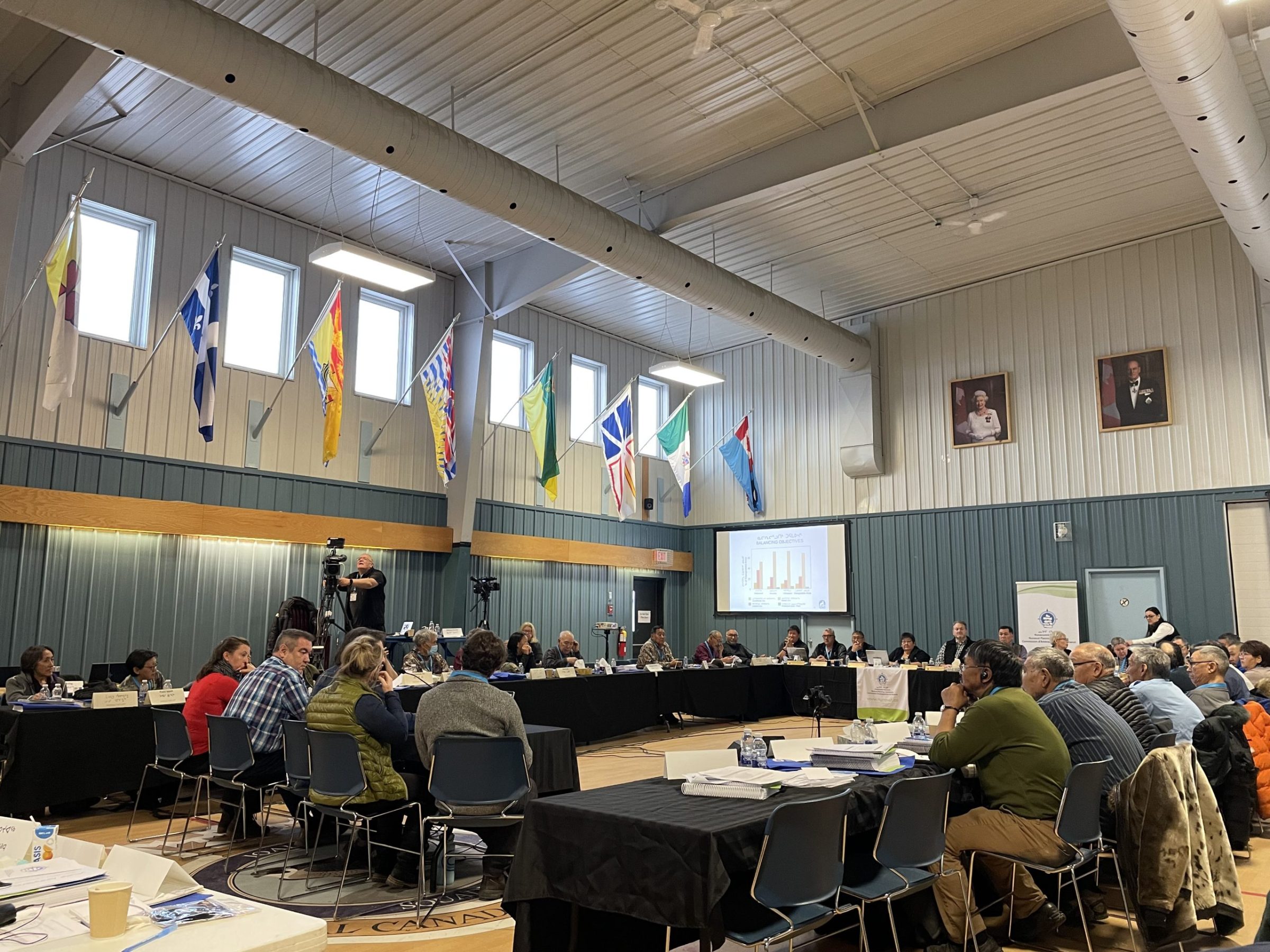 The deadline for written submissions on a draft Nunavut land-use plan has been extended to Feb. 10, with Feb. 24 the deadline to offer comments on those submissions. At the final hearing for the land-use plan in Iqaluit, seen above, members of the Governments of Canada and Nunavut, as well as hunters and trappers associations, called for an extension to the Jan. 10 deadline. (Photo by Emma Tranter)

The deadline for organizations to provide written submissions on the final draft of a Nunavut land-use plan has been extended by one month to Feb. 10, the Nunavut Planning Commission announced in a news release.

As well, the deadline to offer comments on those written submissions has also been extended to Feb. 24.

In the statement, chairperson Andrew Nakashuk said it was the right time to “commit to the necessary compromises” to finish a plan that reflects the “vision of Inuit.”

The planning commission is charged with developing a land-use plan to establish where resource extraction and development can occur in Nunavut and which lands should be protected.

At its final hearing in Iqaluit from Nov. 14 to 19, several organizations and members in attendance called for an extension to the original Jan. 10 deadline.

Ben Kovic of the Amaruq Hunters and Trappers Association, as well representatives from the federal and territorial governments, all stated more time was needed to properly consult and provide written submissions on the land-use plan.

Establishing a land-use plan is part of the Nunavut Agreement. Work on developing the plan began in 2007.

The planning commission will submit a recommended draft plan early next year to the three entities that will consider its approval: the governments of Canada and Nunavut, as well as Nunavut Tunngavik Inc.