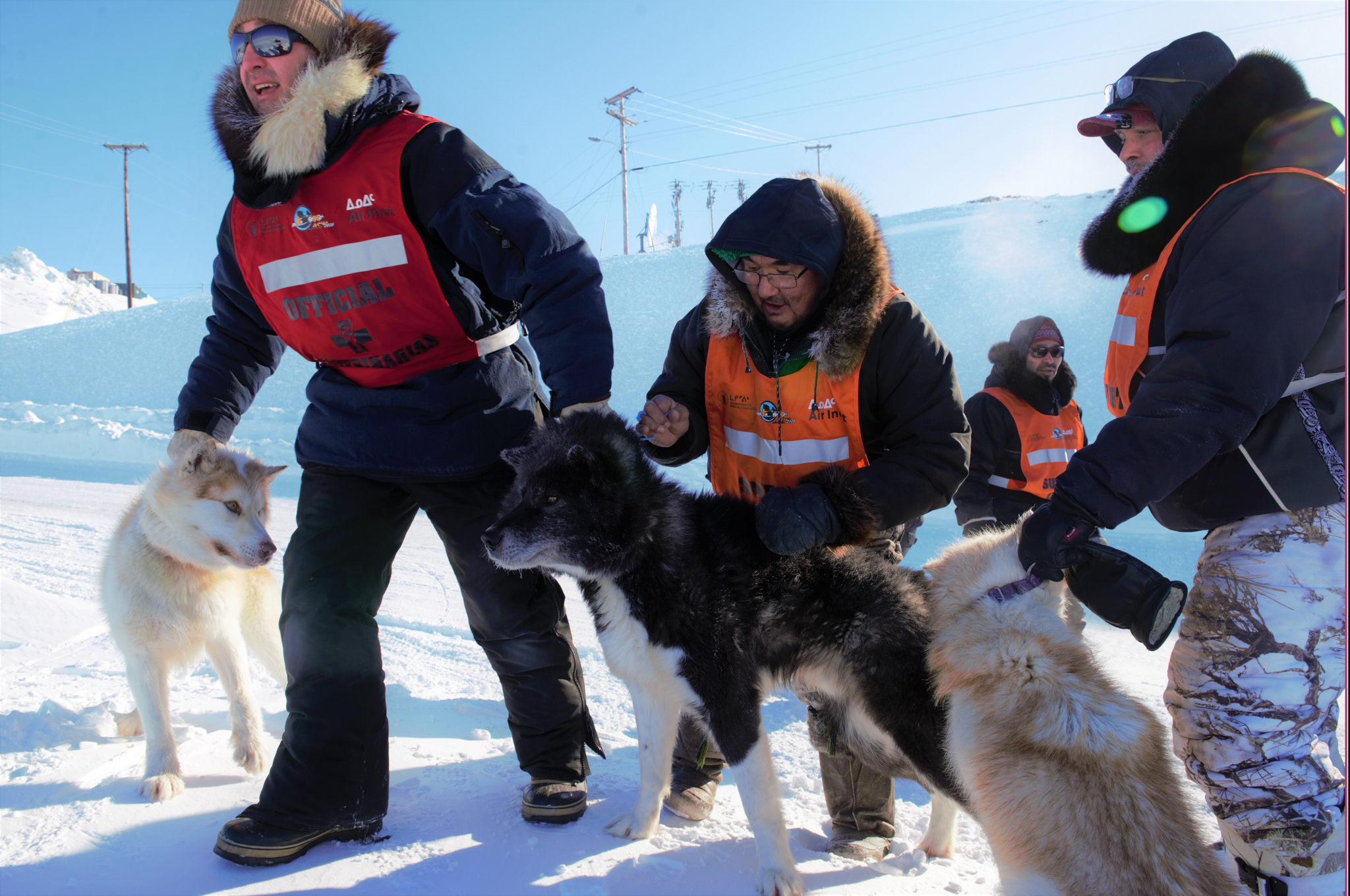 Participants and organizers prepare for the Ivakkak 2020 dogsled race in Kangirsuk. The race came to a halt yesterday, following the death of a musher. (Photo courtesy of Ivakkak)

Nunavik’s annual Ivakkak dogsled race will resume tomorrow, after it was halted yesterday following the death of a musher.

Race organizers say that 24-year old Willia Qullialuk of Kangiqsujuaq, who is originally from Akulivik, died shortly after the race started.

In a news release, organizers said it’s too early to state the cause of death, but “we know that it was not a racing accident that lead to this unfortunate death. The body will be sent for autopsy.

“I would like to give my deepest condolences to Luuku Qullialuk, mother of Willia, her immediate family, relatives, and to his girlfriend in Kangiqsujuaq,” said Maggie Emudluk, Makivik Corp.’s vice-president of economic development, who oversees the annual race, in the news release.

“There has never been an incident like this in all years since Ivakkak started in 2001. The mushers and their support crew had an emotional meeting together in Kangirsuk last night. They prayed together, talked together and decided together to continue with the race on Thursday morning.

“We also spoke with Willia’s mother who was in Akulivik, late in the evening. She gave the blessing for the race to continue in memory and honour of her son. She and her husband said they would like to be at the finish line in Kangiqsualujjuaq in a couple weeks to see the mushers arrive and celebrate the memory of their son.”

Seven teams participated in the start of this year’s race on Tuesday, Feb. 25, in Kangirsuk.

About an hour later, after all teams had crossed the bay, Qullialuk’s team activated its emergency inReach device to call for help.

First responders from Kangirsuk left shortly after receiving the signal. Medical attendants tried to resuscitate Qullialuk, but were unable to revive him.

This year’s race route skirts along Ungava Bay, passing through the communities of Aupaluk, Tasiujaq and Kuujjuaq before crossing the finish line in Kangiqsualujjuaq. The race was initially expected to take 12 days.