Departure of popular high school principal upsets many in Kugluktuk 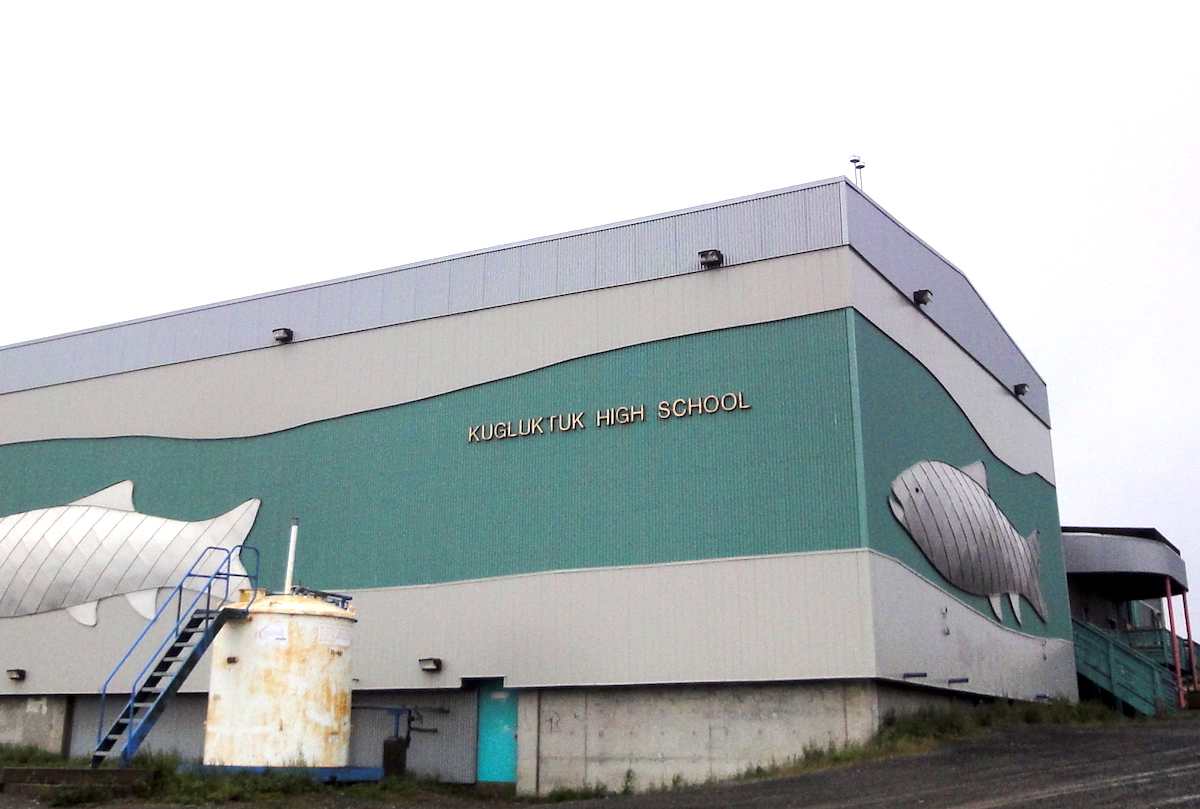 Kugluktuk High School will lose its well-liked principal next month, after the district education authority voted not to renew his contract. (Photo by Jane George)

A popular principal at Kugluktuk’s high school will depart from his job on June 9 after the district education authority decided not to extend his contract.

And, according to a person with knowledge of the situation, the loss of the principal has prompted an exodus of more than half a dozen teachers from the community’s two schools.

Many in Kugluktuk, home to about 1,500, attended a district education authority meeting on Monday evening to learn why its members voted in March not to renew Principal Haydn George’s contract.

The principal’s supporters had earlier submitted a petition, with about 130 signatures, to Nunavut Education Minister David Joanasie, along with a letter to the hamlet expressing their concerns about the DEA’s decision.

At the meeting, they asked the DEA to explain more about why its members had decided not to renew George’s contract and they questioned whether one of the DEA members, who is also George’s roommate, should have participated in the process.

But “we got nothing,” said a community member who said there was a lot of “stonewalling.”

A student at the DEA meeting also spoke on George’s behalf asking them “why would you try to make him leave when he wants to stay and not many principals do?”

“You don’t see him here and what he does everyday but we do,” she said.

Before the DEA meeting, a concerned parent of two students heading into high school told Nunatsiaq News that she questioned DEA’s decision to not recommend George as KHS principal.

George has an “amazing rapport with students and staff,” she said, and the staff love their job and, as an additional plus, lots of non-attenders are back in school.

The woman asked that her name not be used, as she is a Government of Nunavut employee and fears a backlash for speaking out.

She said the DEA has an obligation to listen to community concerns, but said these have been “avoided and ignored.”

“I want to ask why they chose not to recommend another term for Haydn,” she said. “I want to show the support he has from Kugluktuk and that they made a mistake. With the shortage of teachers in Nunavut we are appalled they would go this route to not renew a dedicated educator.”

The impending loss of so many teachers in the wake of George’s departure represents the highest turnover ever seen in school staff that she can recall in the community.

“Over the years we’ve been blessed with solid, dedicated educators,” she said.

They’re the kind of educators featured in the new movie, The Grizzlies, about how team spirit created by a lacrosse program in the early 2000s improved the lives of those students who participated in it.

Whoever has George next year as principal would be “very lucky,” she said.

Most of the departing teachers are going to Iqaluit, she said.

Since the DEA’s decision to not renew George’s contract, no further DEA meetings had been held before this week’s meeting, the Kuglukuk resident said.

In the meantime, the screening process for the principal’s job is underway, she said.

The woman is not alone in her concerns about the decision and the process that led up to it.

Another Kugluktuk resident, who did not want to be identified due to possible professional conflicts of interest in the small community, said “if I had heard about legal wrongdoing or severe policy breaches it would have gone around town and I would understand.”

“But the principal was here at least six years and wanted to stay. So this came out of nowhere and seems petty, especially when it’s so hard to find good principals and teachers these days,” she said.

Cathy Keeling, the executive director of Kitikmeot School Operations, told Nunatsiaq News in a statement that the DEA’s motion to post the principal position for competition “was not a termination nor was it punitive, as the current principal’s contract comes to an end naturally on June 9, 2019.”

In line with section 107 of the Education Act, the DEA made the recommendation to the regional schools operations to advertise the principal position, she said.

“The Kitikmeot School Operations supported the DEA recommendation, as the DEA followed the appropriate procedure in reaching this recommendation.”

She added that “it should be noted that the Department of Education supports our Inuit Employment Plan Initiative as well as our commitments to Article 23 of the Nunavut Agreement.

“Therefore, advertising the position provides an opportunity to Inuit applicants should they wish to apply.”

George’s supporters now say they want to fill the two vacant seats on the DEA and seek a review of the decision not to renew George’s contract.

Kugluktuk MLA Mila Kamingoak, who attended the Monday evening meeting, said she planned to bring up the issue when the Nunavut legislature sits later this month.

When contacted by Nunatsiaq News, George said he couldn’t comment on his current situation. But he did say “all of us who work and live here in Kugluktuk know it’s a fabulous community and a fantastic school.”