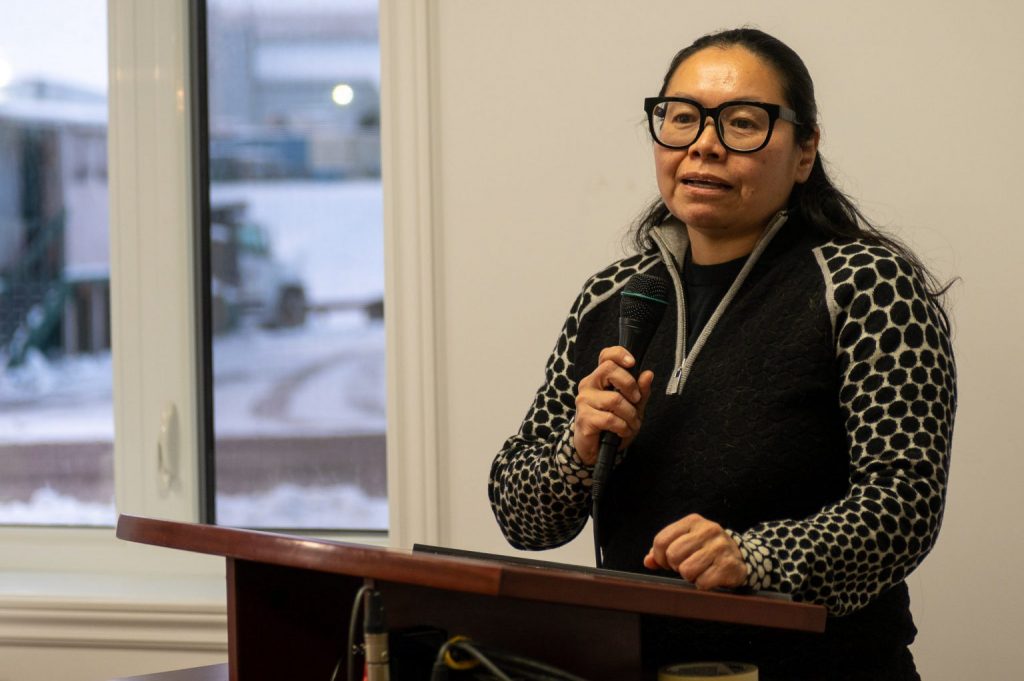 Former Iqaluit mayor Madeleine Redfern speaks at the opening of the Uquutaq Society’s new shelter in October 2020. Redfern has been named to the advisory board of USNC-Power, a company that hopes to build Canada’s first small modular nuclear reactor. (File photo by Dustin Patar)

Former Iqaluit mayor Madeleine Redfern has been named to the advisory board of the company developing Canada’s first small modular nuclear reactor.

USNC-Power is building a micro modular reactor in Chalk River, Ont., which is about 200 km north of Ottawa. It aims for it to be operational by 2026.

The company says it hopes to one day roll out this type of reactor in northern mines and remote communities. It generates five megawatts of electricity or 15 megawatts of thermal power.

Redfern will join four other experts on the board, who will advise USNC-Power on community engagement, Indigenous consultation, regulatory affairs, market development and finance strategies.

Redfern, who until 2018 served the mayor of Iqaluit, is also an adviser to the Canadian Nuclear Laboratories, the release said.

“She currently serves as president of Ajungi Consulting Group and COO of CanArctic Inuit Networks, where she has developed a number of high-profile, strategic partnerships in the public and private sectors both domestically and internationally.”

The other members of the advisory board are Dr. Michael Binder, former president and CEO of the Canadian Nuclear Safety Commission; finance executive Francois Lecavalier; John W. McVey, CEO and director of Procon Group of Companies; and Dr. Ken Petrunik, 35-year member of Atomic Energy of Canada.