Do you recognize the people in this photograph?

“I do realize this photo is from a long time ago” 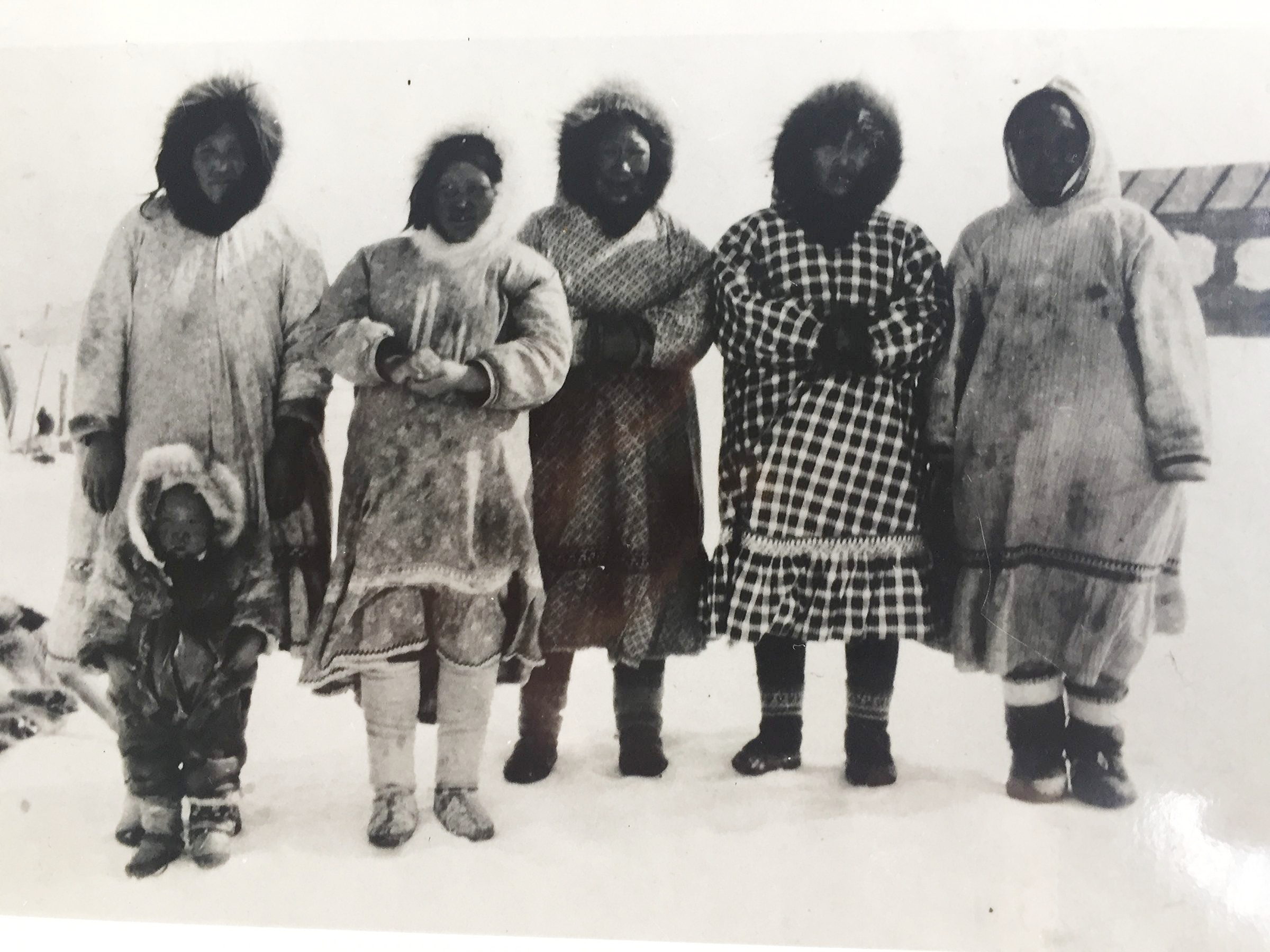 According to a note on the back of this photo, it was taken at present-day Kugluktuk, Nunavut—formerly known as Coppermine—on May 18, 1930. The letter-writer, who discovered the photo in her grandfather’s things after he passed away, would like to know if anyone can identify the Inuit women shown.

I came across this photo in my grandfather’s things after he passed away.

His name was Dr. James Jamieson, and what I do know is that he served as a medical officer in the Royal Canadian Air Force during World War II, serving in Newfoundland and Goose Bay, Labrador.

I am unsure when he acquired this picture, or who J.H. is (noted on the  back of the photo), but I do know he had a lot of connections in the North.

I do realize this photo is from a long time ago, but perhaps someone recognizes someone … and perhaps this is a photo of someone’s family and they would like it returned. 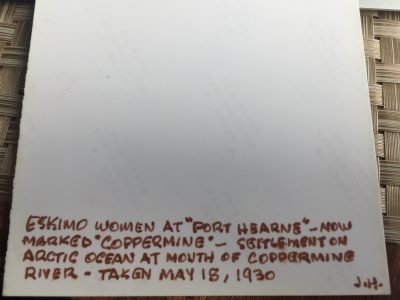 This note appears on the back of the photo of a group of Inuit women.