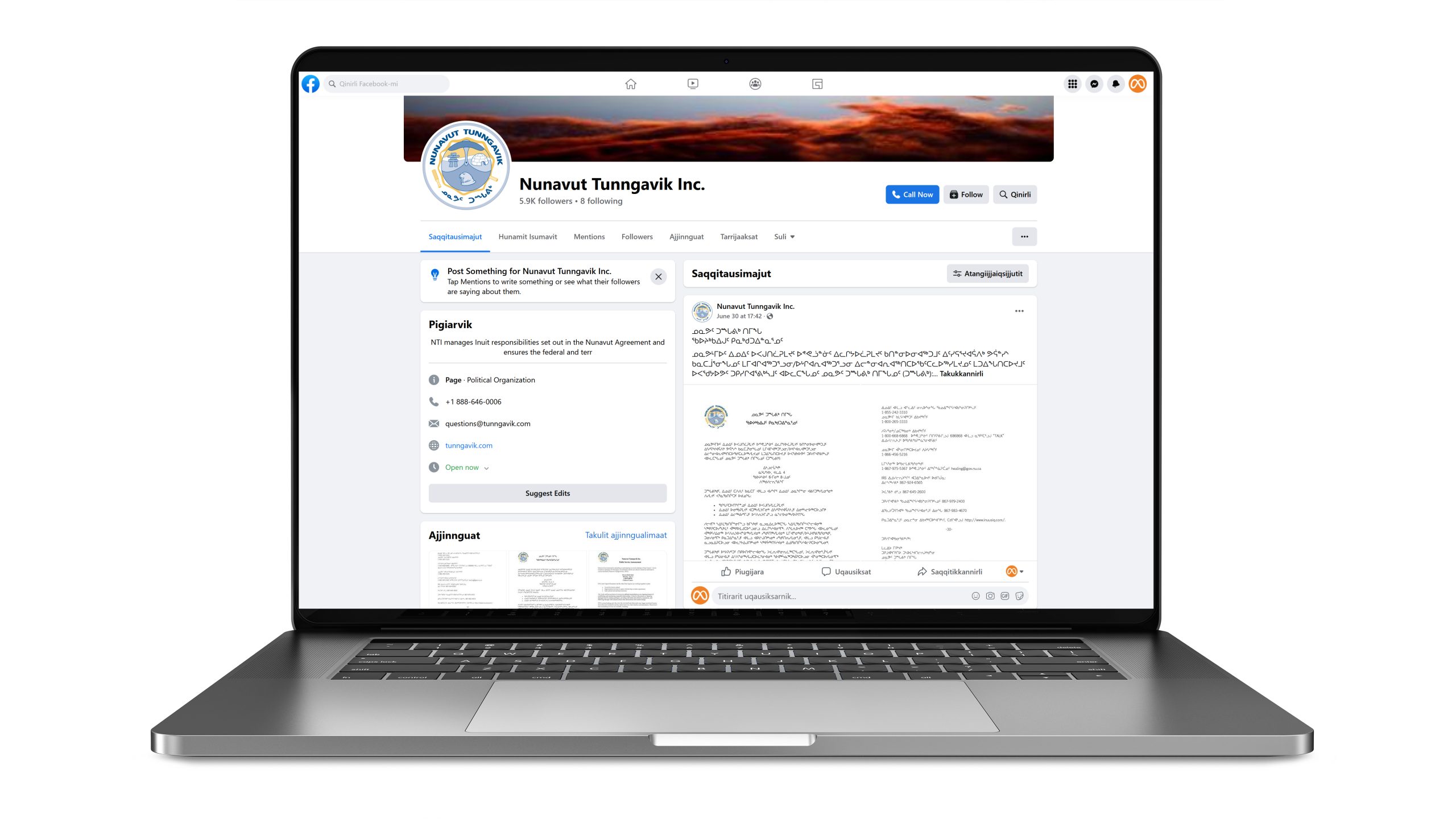 Nunavut Tunngavik Incorporated’s Facebook page now translated to Inuktitut as part of a collaboration with Meta. (Image courtesy of Meta)

The South Baffin dialect is a new official language setting for users on Facebook’s desktop interface, announced Meta, the company that owns Facebook, in a news release Friday.

The translation is the culmination of a four-year partnership between Meta and Nunavut Tunngavik Inc. to promote daily use of the Inuit language spoken across Nunavut. 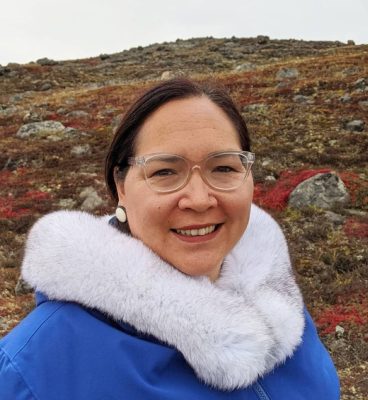 She said having a mainstream social media platform like Facebook translated to Inuktitut “validates how important our language is.”

“Having this very modern, mainstream social media platform available in Inuktitut gives us a sense of validation that our language is not inferior to English, it’s not inferior to French, that it is a whole language that can be used in the modern world.”

The translation was led by the Pirurvik Centre in Iqaluit, with approximately 4,500 words translated to Inuktitut.

In some cases, Pirurvik created new words for the Facebook interface because there were no equivalent translations. This includes the term “Facebook page,” which will now be known as “Facebook makpigaq.”

Debbie Reid, Meta’s Indigenous policy manager, said the project shows how the Inuktitut language and Facebook platform can evolve and adapt to each other.

“To me, it’s the living language and it’s the discovery of new ways of using the language for 21st-Century technology.”

Facebook is the most-used social network in Nunavut, Yukon and Northwest Territories, according to Media Technology Monitor’s latest report on media technology penetration and usage.

Reid said she believes making Facebook available in Inuktitut might especially help younger Inuit who are eager to learn their language.

“Facebook is an amazing communication tool, but I also think it’s going to be an amazing learning tool,” she said.

The launch of Facebook in Inuktitut aligns with the United Nations International Decade of Indigenous Languages, meant to draw attention to the critical decline of many Indigenous languages across the world, the news release stated.