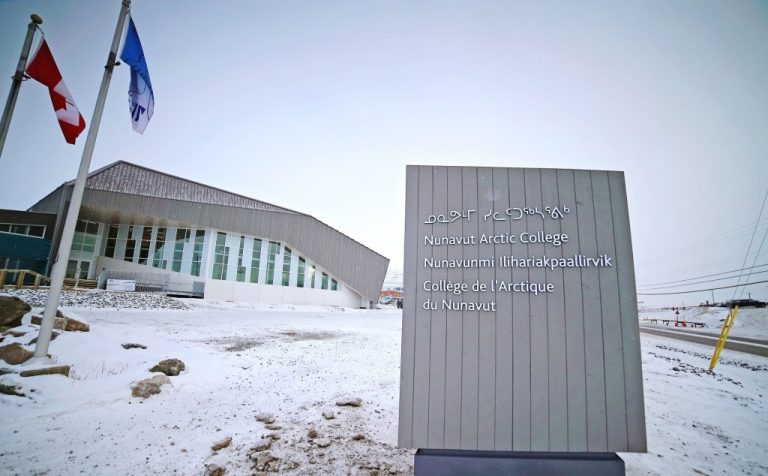 A task force on improving postsecondary education for northerners was released Thursday. Arctic College, seen here, is one of the post-secondary institutions included in the report. (File photo)

A federal task force for recommending improvements to the northern post-secondary education system released a report this week with 37 calls to action.

The task force was formed in 2020, by Northern Affairs Minister Daniel Vandal, with the intention of creating a document that shows what is needed to reach this goal.

In 2016, nearly 50 per cent of Nunavut students had the equivalent of a high school diploma compared to approximately 86 per cent of Canadians overall.

The calls to action in the report cover topics such as better incorporation of Indigenous culture and education in the post-secondary system, better housing and financing programs.

Other items include an investment in the kindergarten to Grade 12 education that mirrors the federal daycare program; improving internet access for remote learning; and increased funding for counselling during secondary and post-secondary education.

“The key thing here is Inuit self-determination when it comes to education,” she said.

Collecting the data during the pandemic was a challenge but the task force did not want to delay the report, according to Marteleira.

The task force also handed out a survey, which garnered feedback from 500 participants.

The survey found that specific programming, locally available education, housing and financial support were the largest factors for considering postsecondary education among participants.

“The money they get is barely above the poverty line,” one participant said of student’s financial assistance to go to post-secondary school.

Marteleira said that accomplishing the report’s calls to action will require all levels of government and Inuit organizations to collaborate on funding and programming.

She added that overlapping responsibilities between governments creates “quite a complex landscape to solve these problems.”

But, Marteleira said, that has been the challenge for the past few decades.

“What the task force is really calling for this collaboration to start getting things done,” she said.