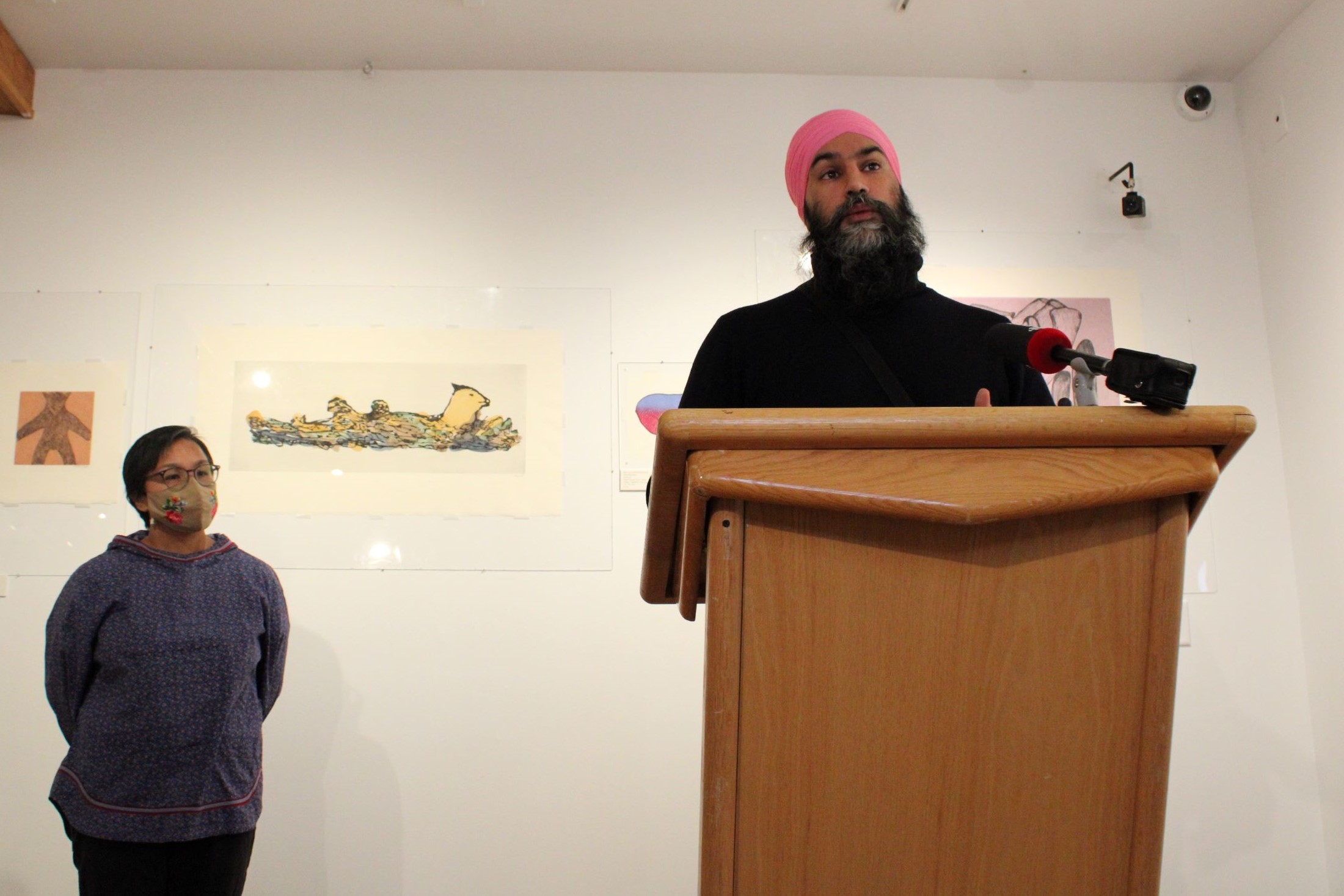 NDP Leader Jagmeet Singh speaks in Iqaluit on Tuesday as Nunavut MP Lori Idlout looks on. Singh called on the federal government to help the City of Iqaluit overhaul its water infrastructure. (Photo by David Lochead)

“In any major [Canadian] city, if there was a problem with the water, if there were hydrocarbons in the water, what would the federal government do?” Singh said at a news conference at the Iqaluit public library.

“They would act immediately to fix the problem.”

Singh was in town for three days to meet with local leaders, to discuss climate change and Iqaluit’s water emergency, and to attend the NDP riding association’s annual general meeting.

The mayor of Iqaluit and the Government of Nunavut have said that the cost of overhauling Iqaluit’s water infrastructure is $180 million, Singh said. He called on the federal government to provide the money.

That spending would also help the city avoid future problems caused by water pipes buckling due to thawing permafrost, he said.

“We need to make sure that the infrastructure is built in a way that it is resilient to this potential change [in permafrost],” Singh said.

He added that he has spoken to Prime Minister Justin Trudeau about Iqaluit’s water emergency in the past month.

The main obstacle to providing clean drinking water to all communities, he said, is “there is not enough political will.”

Asked about the territory’s challenges in delivering elder care, Singh said he supported increasing home care so that fewer elders have to leave their communities.

“It still means that families cannot visit their loved ones and elders, so that’s a serious concern,” Singh said.

“It’s a matter of life and ensuring Nunavummiut are getting the services they need,” Idlout said.

Singh also spoke about the need to address Nunavut’s housing shortage and to better fund the territory to prepare its infrastructure for the effects of climate change.

Singh arrived in Iqaluit on Monday and is scheduled to leave on Wednesday.