“The fire was contained inside the appliance” 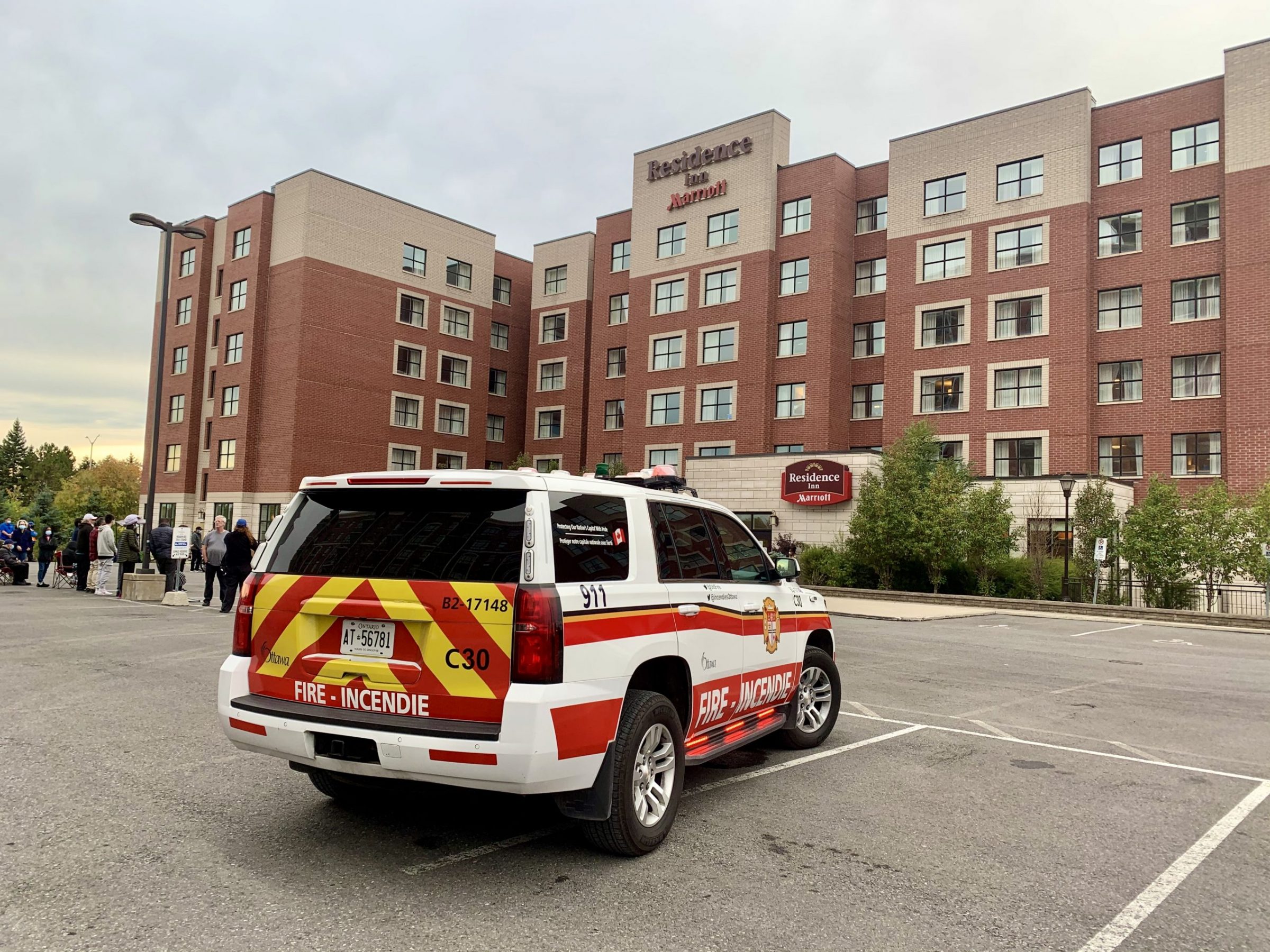 An Ottawa Fire Services vehicle is parked outside the Residence Inn by Marriott at 1172 Walkley Rd. in Ottawa on Tuesday afternoon, as many Nunavut residents in isolation mill around outside. Firefighters were on the scene after smoke led to an evacuation of the hotel. (Photo by Frank Reardon)

Smoke from food burning in a microwave caused the evacuation of the Residence Inn by Marriott at 1172 Walkley Rd. on Tuesday afternoon.

The Residence Inn is where many Nunavut residents are currently staying as they complete a required two-week isolation stay before heading north, as part of the Nunavut government’s effort to keep COVID-19 out of the territory.

The Ottawa Fire Services said that it received a call from an alarm company at 4:41 p.m. reporting a fire alarm at 1172 Walkley Rd.

“Subsequent information from staff on site advised our firefighters there was smoke in the hallway on the second floor coming from one of the units,” said Ottawa Fire Services’ spokesperson Carson Tharris.

Firefighters entered the building and discovered burnt food inside a microwave, he said.

“The fire was contained inside the appliance, and firefighters ventilated the smoke from the unit and hallways before allowing occupants to return at 5:16 p.m.,” he said.

Staff at the hotel set up some chairs and handed out blankets, while Nunavut guests at the hotel waited outside until they were allowed back in.

All rooms occupied by Nunavut residents in isolation contain microwaves, and some have full kitchens.

Food often arrives cold or tepid, hotel guests in isolation have told Nunatsiaq News, so they say they are obliged to heat up their meals.