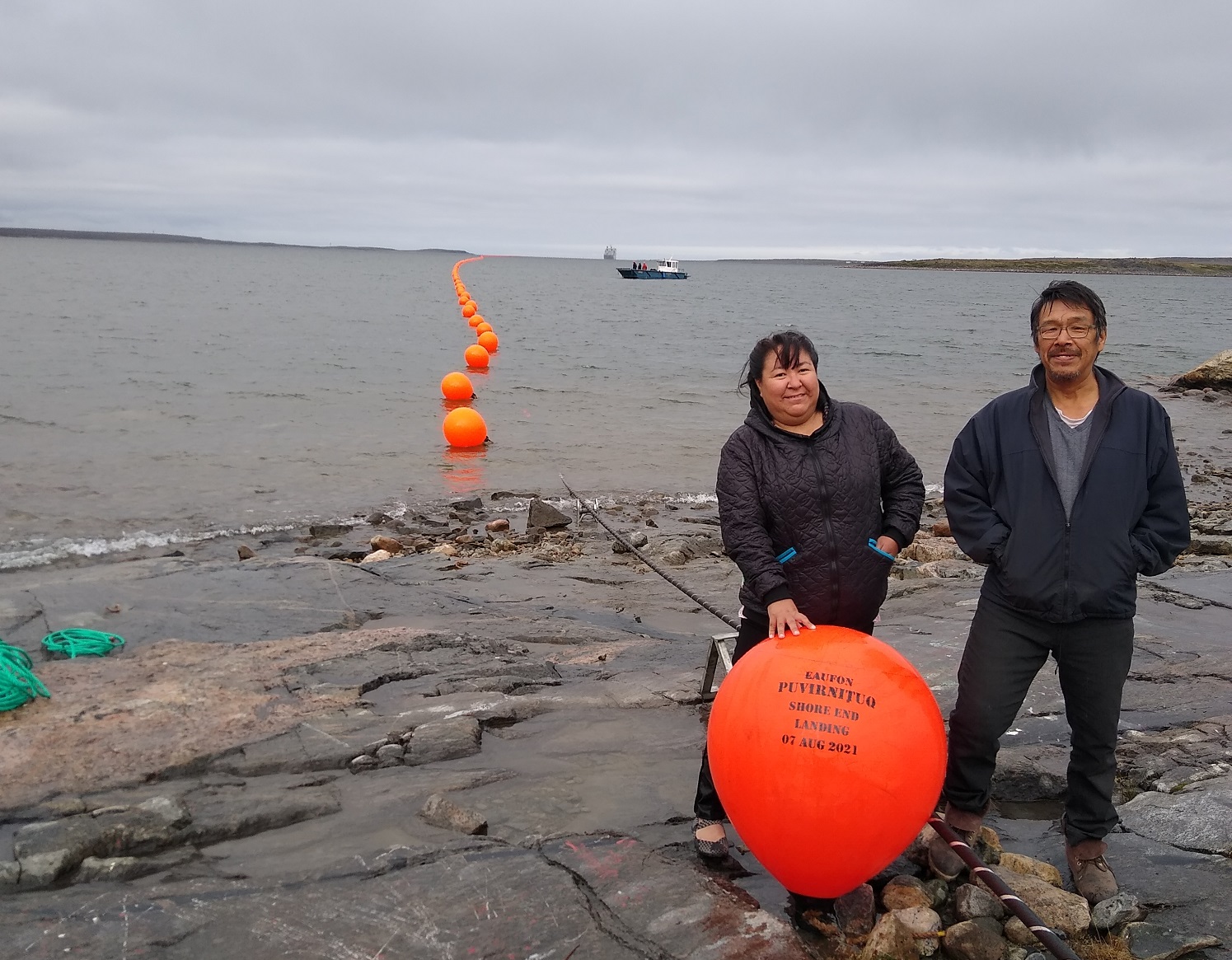 Puvirnituq Mayor Lucy Qalingo and her husband Isaac Aupalu are pictured just outside the Nunavik community on Aug. 7, the day the first fibre optic cable was pulled onto shore. (Photo courtesy of the KRG)

Alcatel Submarine Networks, the French firm with the contract to lay the fibre, arrived offshore from Puvirnituq on its cable ship, the Ile D’Aix, on Aug. 6.

The region’s first fibre optic cable was pulled onto shore in the community the following day, said Michael Gordon, director general of the Kativik Regional Government in an email to Nunatsiaq News.

Alcatel will spend about six weeks installing marine cable to each of those four communities slated for fibre, Gordon said.

The Kativik Regional Government’s Tamaani Internet is overseeing the installation.

The Ile D’Aix is scheduled to head to Inukjuak on Aug. 22, then onto Umiujaq Sept. 2 and Kuujjuaraapik Sept. 12, before sailing to Chisasibi to finalize the installation at the end of September.

“In every community, the cable landing crew will be preparing for the ship’s arrival,” Gordon said.

“This schedule is subject to change, as weather remains the boss out there.”

In Chisasibi, the shore crew will prepare to lay cable from the local landing station to the ship once it arrives in September. At that point, the crew will tie the cables together in an operation called “the final splice” to connect the four Nunavik communities to the network, Gordon said.

The electronics installation and testing will happen in November, while the high-speed activation is set for December.

Tamaani estimates the new network should help free up about 25 per cent of Nunavik’s satellite capacity to other communities.

The company is also looking for funding to extend the fibre network to the rest of region.

In the meantime, Tamaani has secured $29 million to build a terrestrial fibre link between Kuujjuaq and Schefferville, Que., to connect to that community’s fibre optic network.