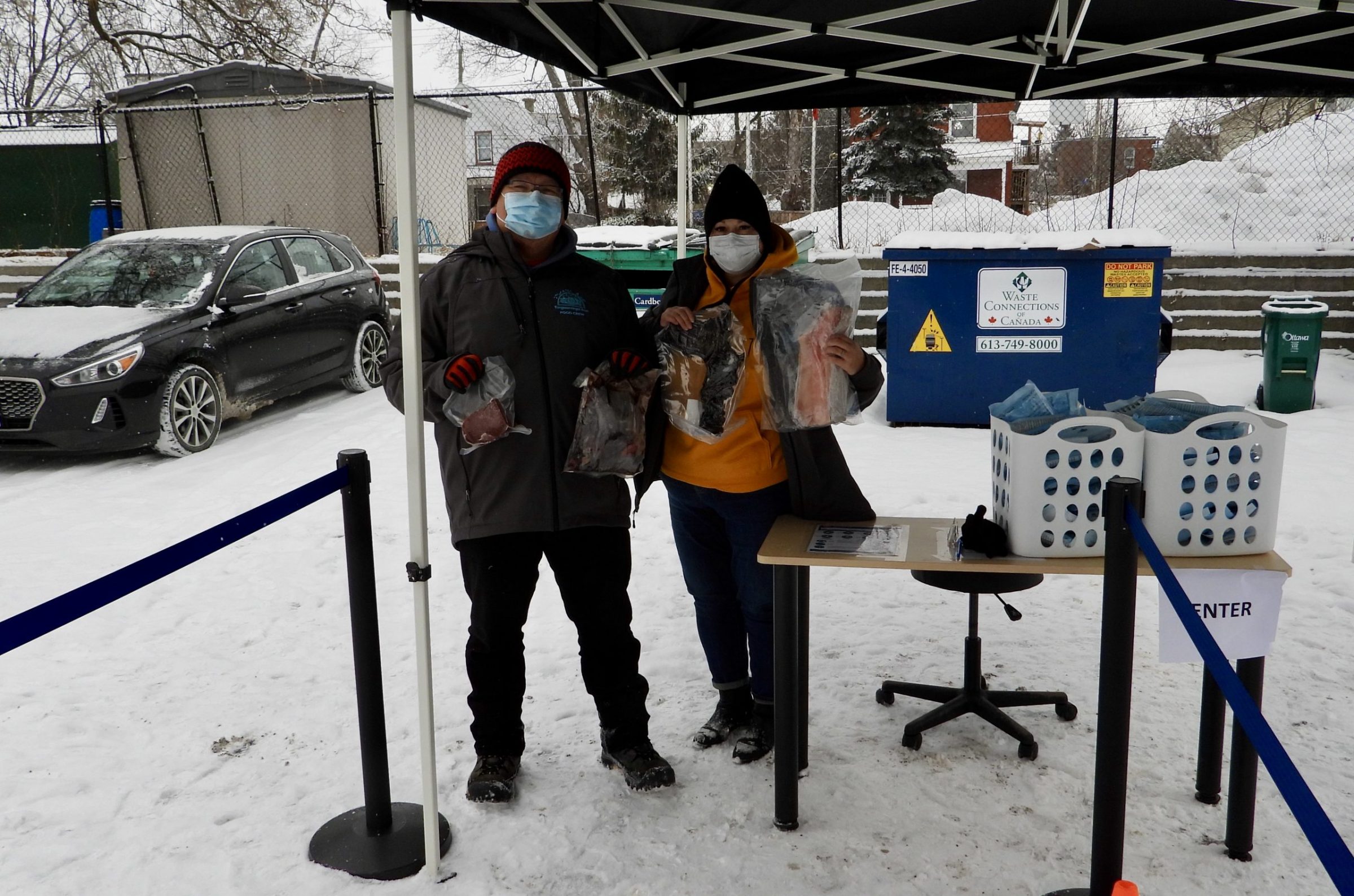 As the fifth wave of the COVID-19 pandemic puts pressure on in-person services throughout the country, a program that offers digital grocery store cards is helping some Inuit in Ontario access food more easily.

Rhonda Huneault is the food security manager for Tungasuvvingat Inuit, an Ottawa-based organization that offers support to Inuit living in urban communities.

Currently, one of those supports is a digital food bank service for individuals and families struggling to afford food during the pandemic.

With donations from the Ottawa Food Bank, TI has provided food bank services since it was founded in 1987, but when the pandemic hit in March 2020 and in-person services became difficult to provide, Huneault said the organization had to find a new way to distribute food.

Initially the team was mailing grocery store gift cards to people in the program, Huneault said, but when some cards were lost in the mail and delivery delays impacted access to food, the team shifted to an online gift card system where people can use a code to pay for food at participating grocery stores.

The food card program is open to all Inuit residents of Ontario, and the amount distributed is based on family size.

“It’s the best option for the province because there’s usually a Loblaws or an Independent or a Superstore even in small communities,” said Huneault.

Poverty continues to be an issue for many Inuit living in urban areas, Huneault said, and the stresses of an ongoing pandemic have made it even more difficult for many to afford food.

“People who have never experienced food insecurity are now experiencing it because the cost of food has gone up,” she said, referring to a Canada Food Price Report published by Dalhousie University that estimates Canadians will pay between five to seven per cent more for their groceries in 2022.

“We know that Inuit families tend to be larger, so it’s even more of an impact on people who were already struggling with food insecurity,” Huneault said, adding the need has been especially clear during the current wave of the Omicron variant of COVID-19.

“In the first week since we opened on Jan. 4, we’ve already had over 550 people registered for the new food card. It’s like a tsunami,” Huneault said.

She said she and her colleague Billy Avakak, a team leader in the food program, have been working 12-hour days to meet the demand.

While TI has shifted its regular food bank services to the online gift card system for now, every Wednesday since August, Huneault and Avakak have been distributing country food at the organization’s Vanier location.

She said normally the organization would save country food for special occasions like community feasts. Yet with extra funding support from Pauktuutit Inuit Women of Canada, Huneault and Avakak have been able to share staples like caribou and seal meat on a weekly basis.

About 100 people showed up this Wednesday for the latest country food giveaway, many of them “new people, faces that we’ve never seen,” Akavak said.

“Everybody is so overjoyed, and every time a new person comes they’re like, ‘Oh my god, you have country food,’” Huneault said.

Inuit living in Ontario can sign up for TI’s food card program online or by calling the organization. Residents without an email address can still sign up for the program and instead receive physical gift cards by mail.