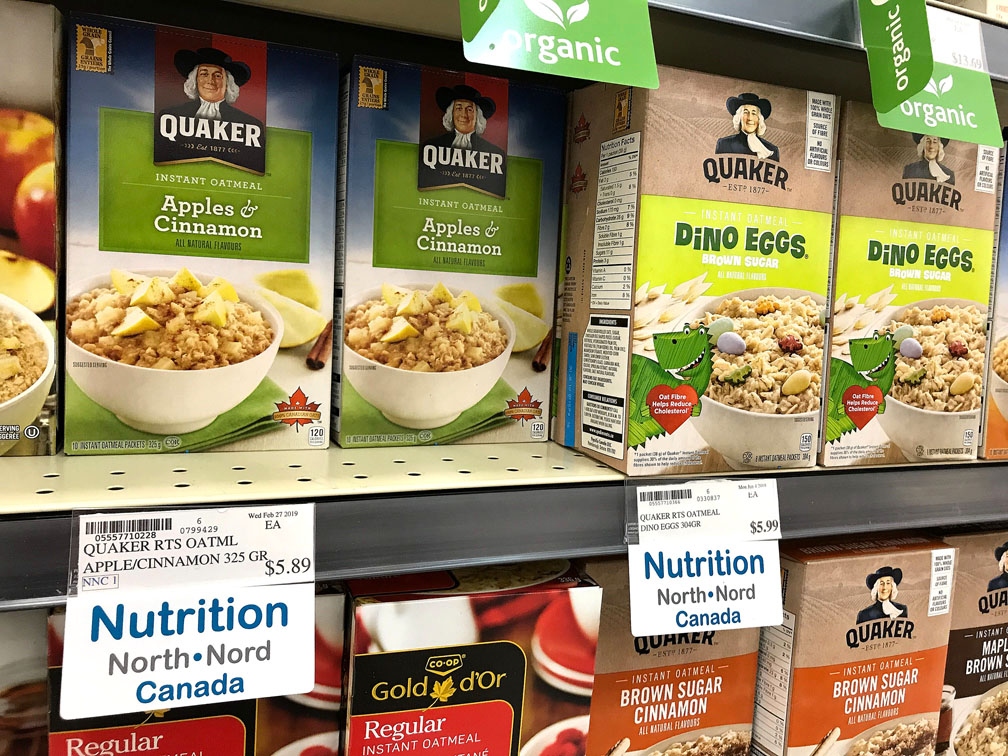 Drawing on data from the Canadian Community Health Survey from 2007 to 2016, the researchers looked at reports of food insecurity in Nunavut’s 10 largest communities.

That means that food insecurity in Nunavut rose by 13.2 percentage points over that period.

Nutrition North replaced the Food Mail Program, which paid an air freight subsidy to Canada Post for the delivery of certain foods and non-food items.

Nutrition North took a more market-driven approach, by transferring money directly to southern suppliers and northern retailers, who are expected to pass this subsidy on to consumers. The program also put a greater focus on subsidizing perishable, nutritious foods.

The federal government has reported that Nutrition North has led to more perishable, nutritious foods being shipped north, and a lower price for a standardized food basket. That seems to be at odds with the report’s findings that food access has worsened.

“One possible interpretation for the coexistence of these conflicting trends may be that Nutrition North Canada led to greater consumption of subsidized foods among the most affluent households, while compromising food access among economically vulnerable households because of the removal of the subsidy for common non-perishable foods and essential items,” the report states.

“Hence, the retail subsidy and nutrition ­education component may have primarily stimulated demand among households that could already afford perishable, nutritious foods.”

The federal government’s main motivation for introducing Nutrition North was to contain costs. But the report’s authors say the program’s market-driven approach is “highly questionable given that there are few retailers and little competition in most eligible communities, and a substantial portion of the targeted population has difficulty accessing the market economy because of poverty.”

A better approach, the researchers say, is to simply provide the needy with more money.

“There is growing evidence that policy interventions improving the economic resources of households through cash transfers or in­kind benefits reduce food insecurity in affluent countries,” the report states.

“Given our results, it is imperative to determine the extent to which similar initiatives adapted to the needs and realities of northern populations could affect food insecurity.”

An accompanying commentary, also published today by the Canadian Medical Association Journal, shares the same concerns as the report’s authors, but also suggests that other factors are at play in making Nunavut’s food insecurity worse.

“Even without Nutrition North Canada, would rates of food insecurity have increased?” the commentary asks. “Other lines of evidence suggest they might have.”

Today’s youth are less likely to learn how to hunt, the commentary states. And Nutrition North’s arrival coincided with the rise of online sales of country foods on Facebook, which the commentary describes as “a controversial development that some see as disrupting food-sharing networks and increasing food insecurity among poorer households by increasing reliance on store foods.”

As well, Nunavut’s households have become even more overcrowded, and this overcrowding tends to be linked with food insecurity.

But the commentary’s authors agree that Nutrition North appears to be an ineffective way to improve food access.

“The absence of price caps, program accountability and transparency, and limited responsiveness to community needs, have been noted to undermine the ability of the program to meet its goals, along with a neglect of traditional foods and their cultural significance in Nutrition North Canada’s support mechanisms.”

But even if Nutrition North were fixed, more actions would still need to be taken, the commentary’s authors say.

“Recognizing the need for such cross­cutting systemic action, the Nunavut Food Security Strategy proposes a collective vision and common agenda for impact rooted in Inuit values and knowledge. If we are to avoid going “from bad to worse,” such a vision needs to underpin all our efforts.”