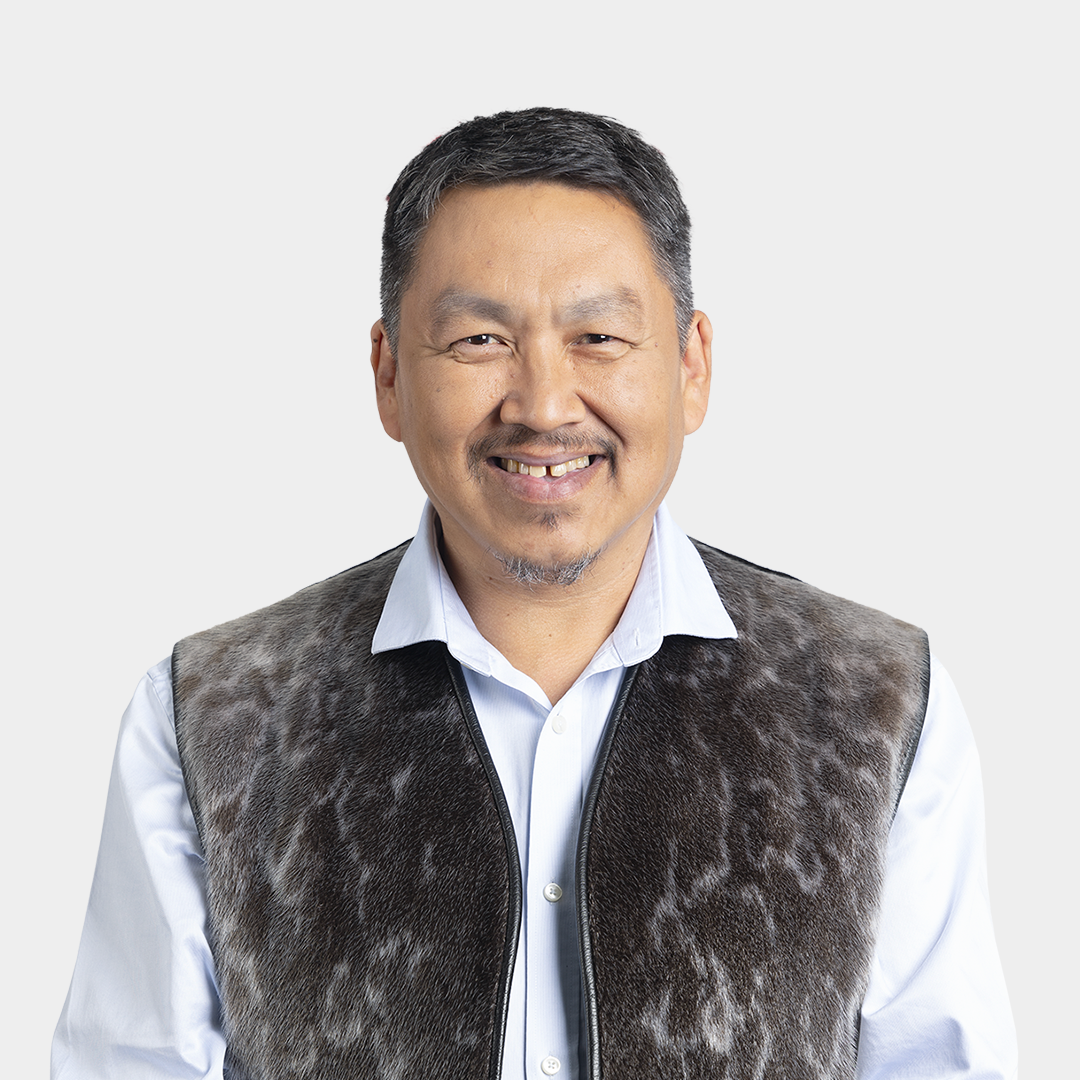 Former Kuujjuaq mayor Tunu Napartuk wants to be the next provincial representative for Quebec’s Ungava riding.

The provincial Liberal party unveiled him as the its candidate for the Oct. 3 election in the vast riding that includes all of Nunavik at a news conference in Montreal Tuesday morning.

Napartuk is the third candidate to join the race for Ungava. Currently, he’s up against incumbent MNA Denis Lamothe, who is part of the Coalition Avenir Québec party, and Québec solidaire newcomer Maïtée Labrecque-Saganash.

Liberal leader Dominique Anglade introduced Napartuk, who was joined by his wife, Lynn Lemire, to reporters.

“I’m kind of hoping I’ll also have the power of attraction,” Napartuk said about why he chose to run for a Liberal Party that has a lot of catching up to do if it wants to defeat Premier François Legault’s Coalition Avenir Québec majority.

Napartuk served as Kuujjuaq mayor from 2012 to 2018 before taking on the role of director of compassionate and complimentary services at the Kativik Ilisarniliriniq school board in Nunavik.

Some of his key platform issues include addressing the high cost of living in the North, food security and elder care.

When asked about the issues of racism and language laws, Napartuk didn’t shy away from saying he believes systemic racism exists in the province. He also spoke against Bill 96, a controversial French language protection bill the CAQ passed earlier this year.

“In our region of Nunavik, it is already a challenge being Inuk, having Inuktitut as our mother tongue, having to learn English and French from another group of people,” Napartuk said.

“But to be imposed on it by a government that does not consult, that does not seek opinion of what our reality is, it makes it extremely challenging on so many levels.”

Napartuk, who speaks English, French and Inuktitut, spoke mostly in English and French during the news conference.

At the closing of the news conference, Anglade answered a question from Nunatsiaq News asking if she would be visiting Nunavik during the campaign. She said she will.

“I think it is important to demonstrate that it is not only about words, it’s about actions, it’s about really taking this seriously, it’s about having candidates that can really represent the region,” Anglade said.