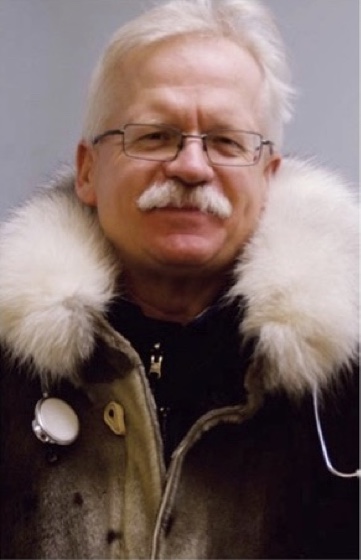 Dr. Sandy MacDonald spent nearly 18 years as a doctor in Nunavut and recently set up the first bursary at Memorial University that is specifically for Indigenous medical students. (Photo courtesy of Sandy MacDonald)

‘We want people in Nunavut to have Nunavummiut who are [their] physicians,’ says Dr. Sandy MacDonald

After spending nearly 18 years as a doctor in Nunavut, Dr. Sandy MacDonald said he wants to give back to the territory by helping Nunavummiut go to medical school. Nearing the end of his career, he decided to do that by creating a bursary at, Memorial University, the same school he attended.

MacDonald said he set up the bursary to encourage more Inuit and Indigenous youth to pursue the medical field. As well, he said that having Inuit doctors in Nunavut could help address the territory’s specific health-care challenges.

“We want people in Nunavut to have Nunavummiut who are [their] physicians,” MacDonald said.

MacDonald, who is originally from Cape Breton, N.S., came to Nunavut permanently in 2001 after doing short-term work in the territory as a family doctor and anesthesia specialist previously. During that time, he served as the territory’s medical director, chief of staff, as well as a clinician and family doctor. In 2018, he left Nunavut and now resides in Collingwood, Ont., where he still practises medicine part time.

With 85 per cent of Nunavut’s population being Inuit, there are cultural challenges for medical staff in Nunavut who are not from the territory, MacDonald said. They include not being able to speak Inuktitut and needing a translator, or failing to understand what people’s lives are like in smaller communities, he said.

Having more Inuit doctors would also be a benefit to Nunavut’s long-term doctors who are not Inuit or from the territory, such as MacDonald was when he worked in the region.

“I think it really helped us out and made us better understand,” MacDonald said of Inuit medical staff working with those who are not originally from Nunavut.

“The more Inuit doctors, nurses or [other medical staff], the better for everybody,” he said.

One of the challenges for health care in Nunavut is poverty, according to MacDonald.

According to a 2018 Statistics Canada report, over one-fifth of Nunavummiut live in poverty, almost double the rate of Canada as a whole.

“Their health problems are problems of poverty,” MacDonald said.

He cites tuberculosis as an example. Nunavut has the highest rate of tuberculosis in the country, with Inuit being 290 times more likely to contract the disease than non-Indigenous Canadians, according to a 2019 report by the Public Health Agency of Canada.

Geography is another challenge in Nunavut. While MacDonald said the medical equipment in Nunavut is comparable to anywhere in the country, that cannot change the difficulties of reaching remote communities quickly.

He gives the example of getting hit by a vehicle in Pond Inlet compared to in Ottawa. In Ottawa, the victim will be in a trauma centre within 20 minutes to an hour, MacDonald said, while that is not possible for someone in a small and more isolated community.