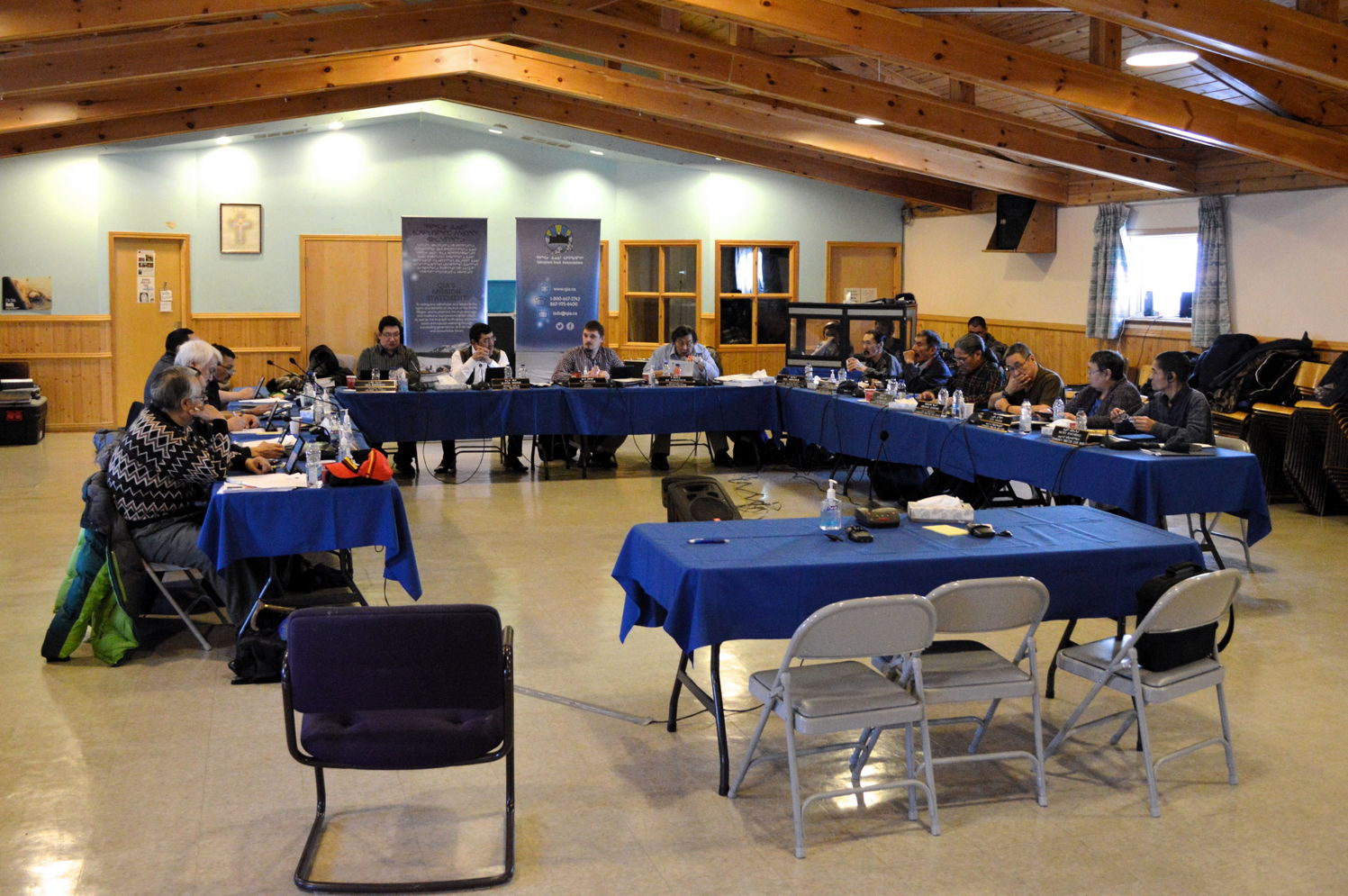 A QIA board meeting held in 2017 in Iqaluit. On Dec. 14, eligible Qikiqtani Inuit voters will go to the polls to choose a vice-president, secretary-treasurer and five community directors. (File photo)

Four people are vying for  the vice-presidency of the Qikiqtani Inuit Association, and three will contest the secretary-treasurer position in a regional election to be held on Dec. 14.

The Inuit organization released its official list of candidates on Nov. 6. for an election that, in the Qikiqtani region, will be held in tandem with a Nunavut-wide election for the presidency of Nunavut Tunngavik Inc.

The candidates for QIA vice-president are:

The candidates for QIA secretary-treasurer are:

In Resolute Bay, Paul Amagoalik has been acclaimed as community director.

An advance poll will be held Dec. 7, when polling stations will be open from 10 a.m. to 7 p.m. local time. Eligible voters can also cast proxy ballots.

The current QIA president, P.J. Akeeagok, won his job by acclamation in 2018 and still has two years left in his four-year term.