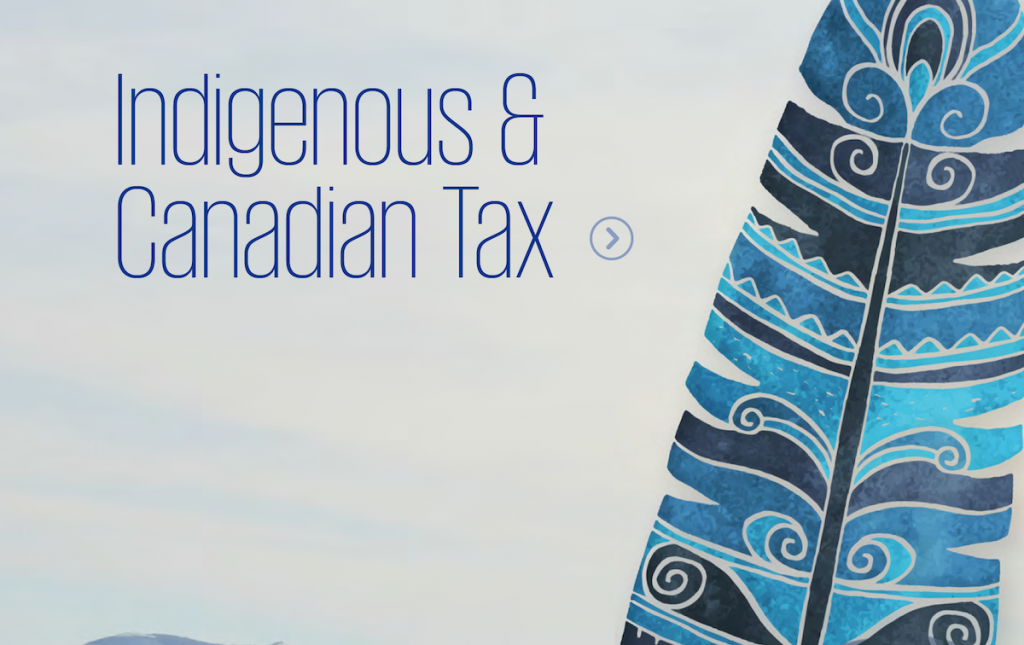 Accounting firm KPMG has released a handbook to guide Indigenous people and businesses through tax rules and exemptions that apply to them and educate all Canadians on the topic. (Photo provided by KPMG)

There’s a new free resource aimed at Inuit and other Indigenous Canadians who want a better understanding of Canada’s tax system.

It’s a handbook by the accounting firm KPMG that outlines tax rules and exemptions for First Nation, Inuit and Métis peoples, and Indigenous-run businesses in Canada.

Paper copies are free but are running out quickly, said Nancy White, a Toronto-area representative from KPMG.

“I have an inbox full of requests for copies that I’m sure is going to take me two days to clear,” said Tim Tisdale, executive director of the firm’s Indigenous tax services.

“People are really looking for it,” he said.

“I would certainly recommend reading some of the sections in the book if you’re starting a new business,” said Tisdale.

The handbook, originally published in 2006, has been updated to cover topics including personal taxes, business taxes, investment income and indirect taxes that may affect Indigenous communities, their members and Indigenous-owned businesses.

Eitan Dehtiar, a Chartered Professional Accountant who runs financial literacy sessions in Nunavut, said “there certainly is a need for additional information.”

Dehtiar has run programs for high school students in Baker Lake to teach them about banking and credit. He also works with businesses startups, Nunavut employees of Agnico Eagle Mines and other community members.

“There were people who didn’t file taxes because they thought they didn’t owe anything,” said Dehtiar. “What they didn’t realize is they probably are eligible for a bunch of credits as well and would get money back.”

Dehtiar said resources like these are particularly important in areas of Nunavut with mines that employ many Inuit.

“Suddenly people have money that they never had before,’ he said. “Now you’ve got the money, you need to know how to manage it.”

The KPMG handbook is an overview of the tax system in Canada and how it applies to Indigenous peoples, but is not an instructional guide on filing taxes, said Tisdale.

Although paper copies of the books are running out, Tisdale said KMPG might have a second round of printing if the interest is there.

To request a copy, email pcorupe@kpmg.ca at KPMG in Canada.