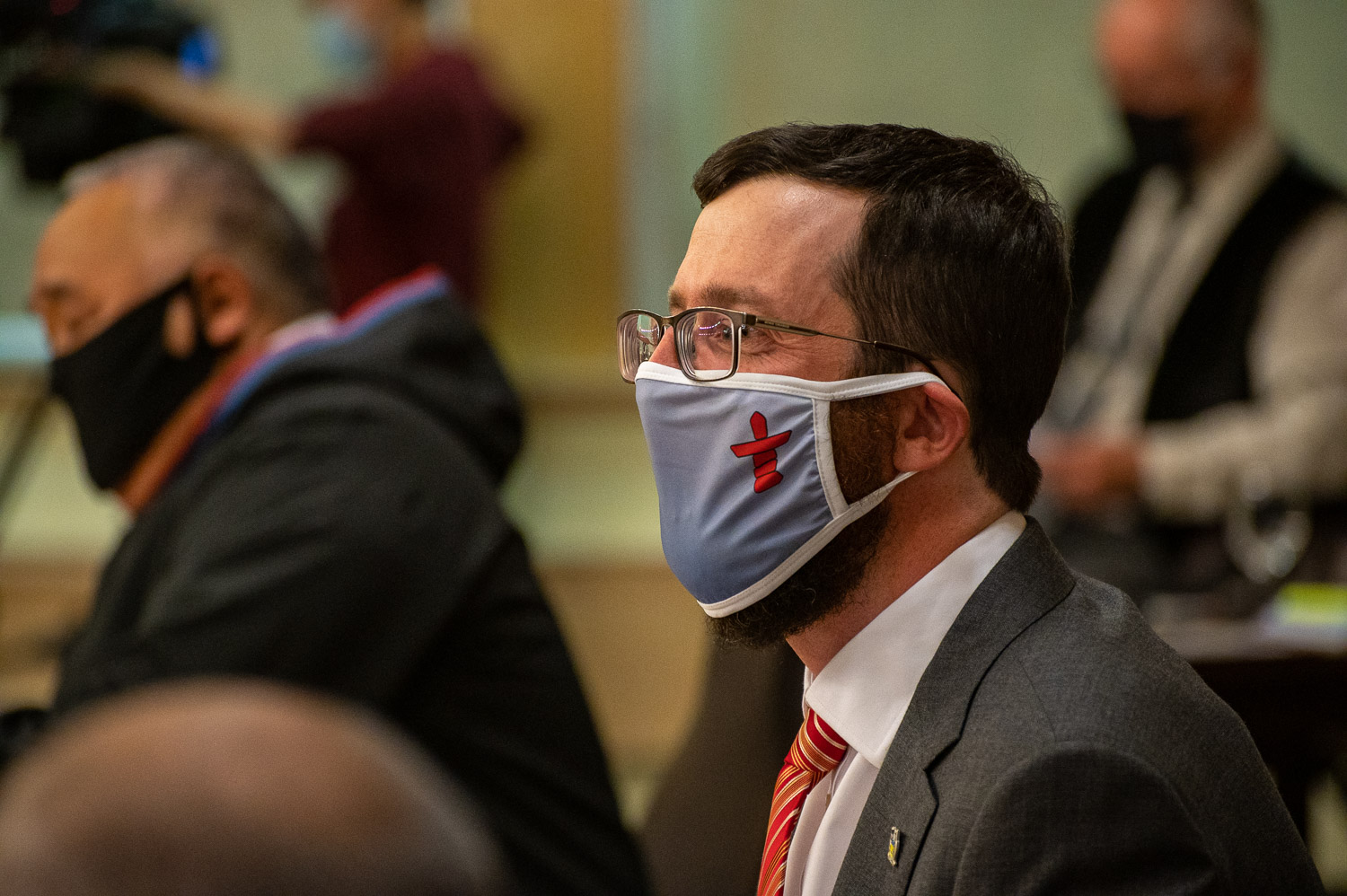 Arviat North-Whale Cove MLA John Main says that the Canada Emergency Response Benefit, or CERB, has been beneficial for some of his constituents, but he is concerned about what will happen when federal government claw-backs begin during tax season. (Photo by Dustin Patar)

John Main, Nunavut’s MLA for Arviat North-Whale Cove, says he worries that the initial relief provided by the Canadian Emergency Response Benefit may turn into a hardship during “the coldest and one of the hardest times of year for many people in Nunavut.”

In June, Premier Joe Savikataaq cautioned Nunavummiut that although the CERB money is “very easy to access,” those that apply who aren’t eligible will have to pay it back the next time they do their taxes.

“The $2,000 per month payments … have been beneficial for some of my constituents who were put out of work or left without a source of income due to lockdown restrictions,” Main said during a member’s statement in the legislature on Wednesday, Sept. 23.

“As with many federal initiatives, the impact of this CERB payment has been mixed in Nunavut. There have been positive aspects and some negative aspects.”

Among the negative aspects were issues with how the program was delivered in Nunavut and the way in which its guidelines were communicated, including “some pretty fundamental issues around language,” said Main.

Although many of those were problems related to the federal government’s handling of the benefit that “they do have to answer for,” said Main, his concerns were focused on the interaction between the Department of Family Service’s income assistance program and CERB.

According to a letter from David Akeeagok, the acting minister of family services, sent to Main last week, there was a decrease of 2,049 heads of households seeking or receiving income assistance payments between February and August of this year.

“We do not have data that allows us to track why clients have not made appointments to seek income assistance, but it would be reasonable to conclude that CERB has had a significant impact,” said Main, reading from the letter.

According to a Statistics Canada report, by the end of June, over 8,000 Nunavut residents—that is roughly 23 per cent of the territory—had received CERB payments.

Main wanted to know how those CERB recipients who previously relied on the income assistance program could make the transition back into that program, given the fact that Nunavut, unlike the other territories, didn’t create an exemption that allowed qualifying residents to receive both at the same time.

Akeeagok replied that, depending on need, some Nunavummiut may be eligible for both CERB and income assistance.

“It is not just a straight cut-off,” he said.

“What we’ve been advocating for is that for those that do need income assistance, that they call ahead and book an appointment.”

Main’s other concern was that “there are many unanswered questions about how ineligible CERB recipients will be impacted,” referring to federal claw-backs during tax season.

According to Akeeagok, many of those who rely on income assistance also rely on federal programs such as the goods and services tax rebate and child benefit.

“If you don’t pay for your taxes the first claw-backs would be your federal benefits,” Akeeagok said.

Akeeagok concluded by saying that there are ongoing federal, provincial and territorial meetings geared towards mitigating these potential impacts as much as possible.