Geopolitical tension in Arctic a hot topic at conference

ArcticNet brings global researchers together to discuss the North 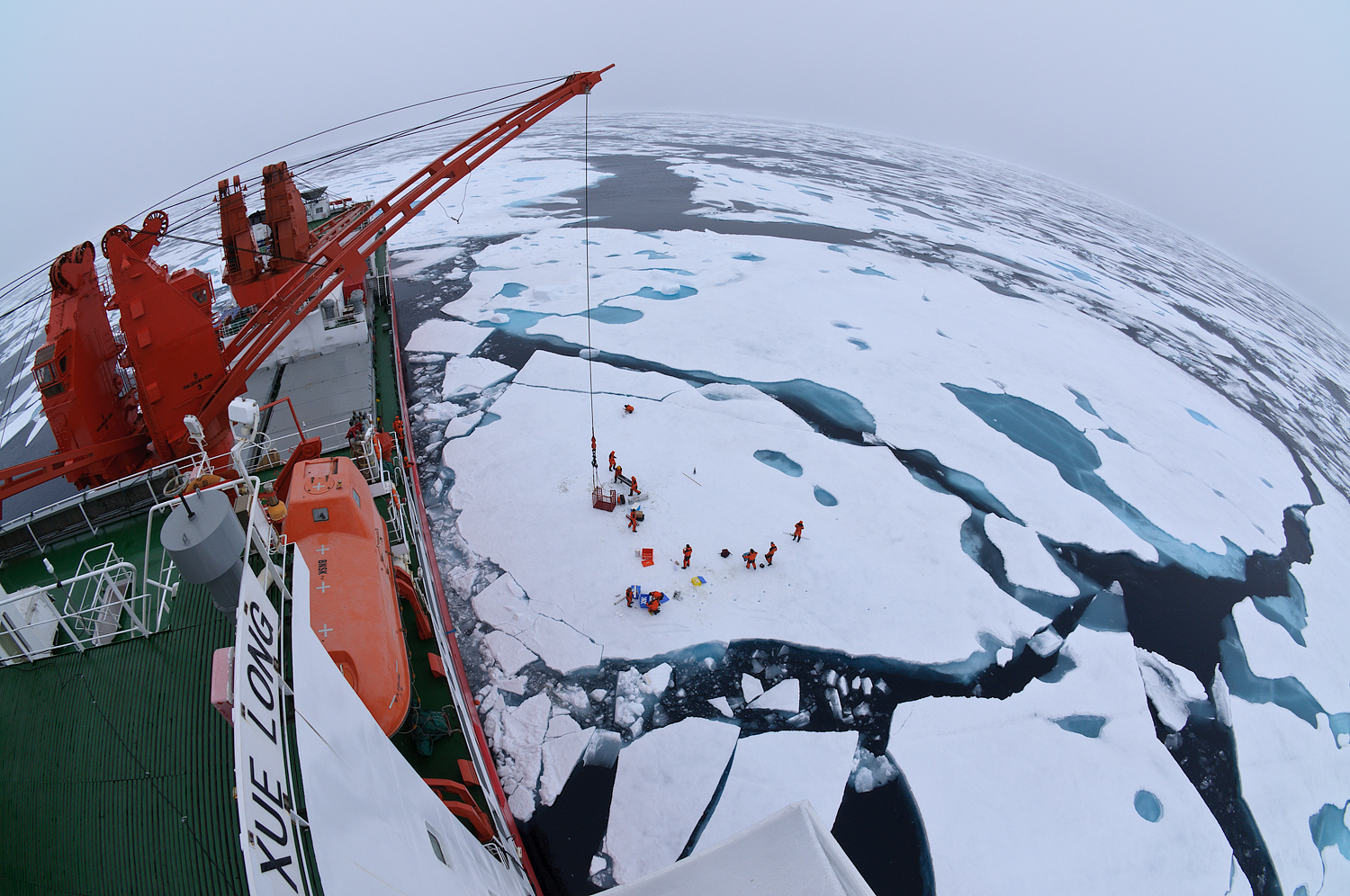 Chinese researchers set up a drift ice camp in the Arctic Ocean, as seen from China’s research icebreaker Xue Long or Snow Dragon, which went through the Northwest Passage in September 2017. (Photo courtesy of Wikimedia Commons)

Canada could find itself in the centre of a three-way security dilemma between the U.S., Russia and China, according to one Canadian expert.

Rob Huebert, who works for the Centre for Military and Strategic Studies at the University of Calgary, shared this prediction during the ArcticNet science conference on Tuesday, Dec. 8.

He said he believes the Arctic is soon going to become a geopolitical centre of gravity.

“We are not at the end of the Cold War,” Huebert said during a session devoted to shipping in the Arctic during the opening day of the three-day virtual event.

Huebert believes that as the U.S., Russia and China vie for power, maritime security in the Arctic will become a growing focus.

He pointed out that the U.S. has a powerful Arctic-based arsenal on land and sea in Alaska, while Russia is building up its ports and military capability along its Arctic coast. Meanwhile China wants to dominate the seas to carry out its Polar Silk Road plan, part of its ambition to become a “near-Arctic” state.

This will have implications for Canada, Huebert said, as the country continues to establish sovereignty of the Northwest Passage and maintain trade and security.

This will be “very difficult,” Huebert said, asserting the current Canadian government hasn’t shown much desire to deal with this.

As well, a possible future Transpolar Shipping Route, which could open up across the top of the world by mid-century, was a hot topic at the conference.

“The environmental and socioeconomic consequences may be acute,” said Mia Bennett, an Arctic researcher with the University of Hong Kong’s geography department.

She noted the importance of involving Indigenous peoples and residents in its development.

The ArcticNet conference continues until Thursday. This year’s event is online due to the COVID-19 pandemic. More than 1,500 participants from 26 countries are registered.