Initiative celebrates 75 years of diplomatic relations between Iceland and Canada 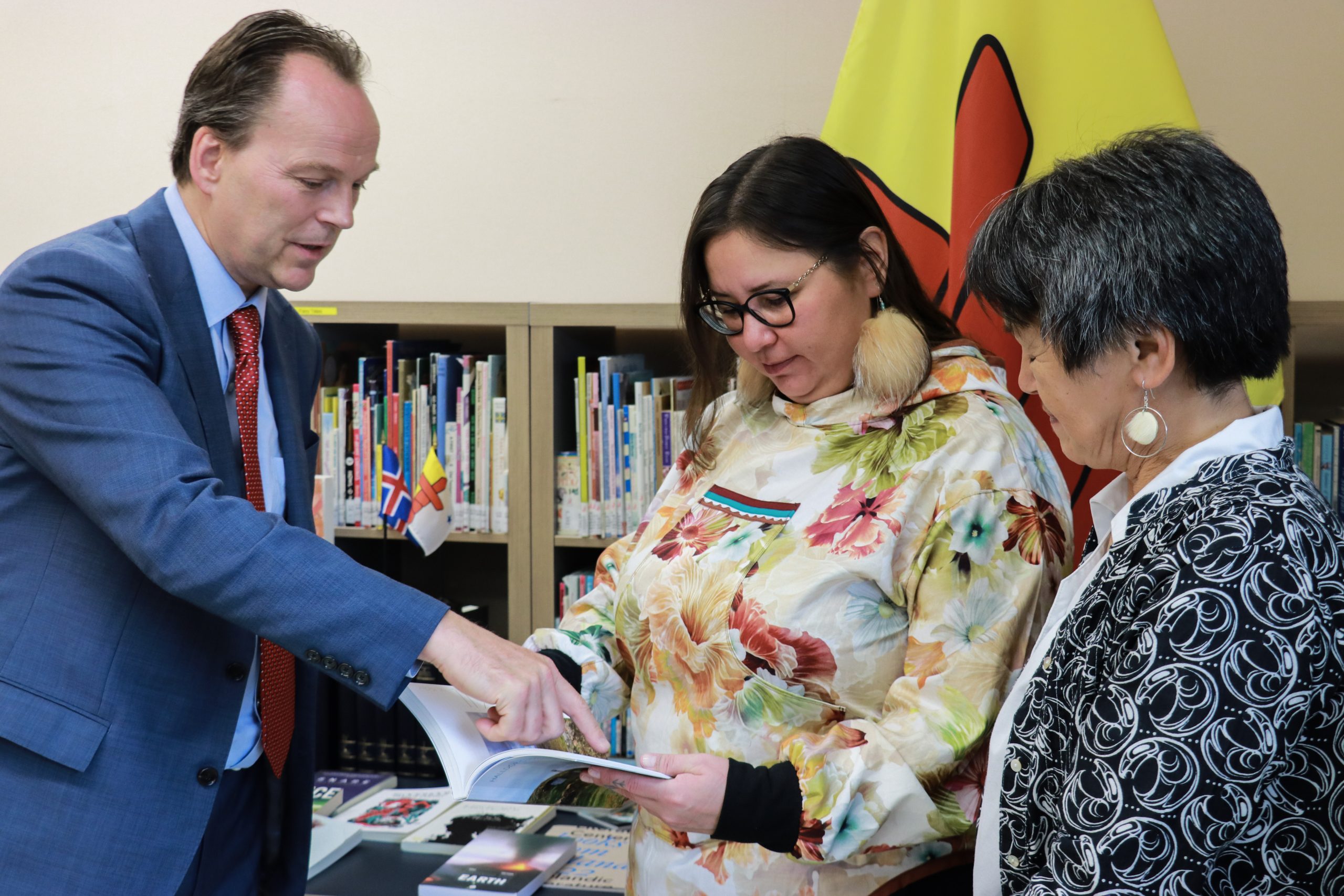 Iceland’s ambassador to Canada, Hlynur Gudjonsson, points out something in book held by Education Minister Pamela Gross, while Culture and Heritage Minister Joanna Quassa stands by. (Photo by Meral Jamal)

The “world champions” of book publishing had a gift for Canada on Tuesday — books.

Iceland’s ambassador to Canada, Hlynur Gudjonsson, gifted Nunavut Arctic College and the Nunavut Public Library System a collection of more than 30 of them Tuesday in Iqaluit — all translated into English, from children’s stories and Icelandic sagas to poetry. 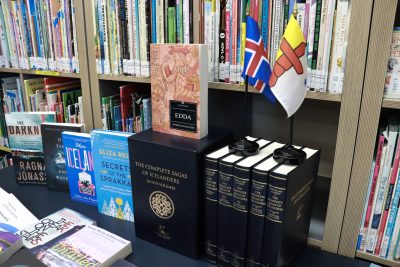 The books presented by Iceland’s ambassador Hlynur Gudjonsson to the Nunavut Arctic College Library and the Nunavut Public Library System span a range of genres, from children’s stories to poetry to Icelandic sagas. (Photo by Meral Jamal)

It was part of an initiative by Iceland’s embassy in Ottawa to celebrate 75 years of diplomatic relations between the two countries, dating back to when ties were strengthened after the Second World War.

The collection, donated in a ceremony at the college, includes work by an equal number of male and female writers, which Gudjonsson said was intentional and reflects Iceland’s commitment to gender equality.

He said Iceland publishes the highest number of books per capita in the world, evidence of the importance of storytelling and literature to its culture.

“We are world champions … there is no other nation that publishes as many books per capita and this is just in people’s blood,” he said.

“It’s an interesting connection between Nunavut and Iceland with the oral tradition of all of these stories that have been passed down and now put into print,” she said.

Gudjonsson added that historically in Icelandic culture, people would recite stories from the Bible or sagas for entertainment in the evenings. 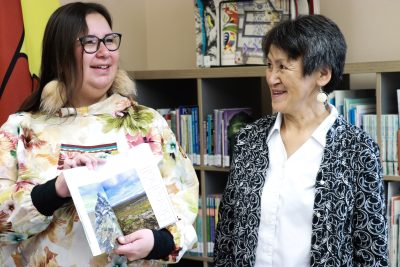 Nunavut’s Education Minister Pamela Gross, and Joanna Quassa, minister of culture and heritage attend a special event in Iqaluit that saw Iceland’s ambassador to Canada, Hlynur Gudjonsson, gift more than 30 Icelandic books to the Nunavut Arctic College Library and the Nunavut Public Library System on behalf of the Embassy of Iceland in Canada. (Photo by Meral Jamal)

“Storytelling is really a part of the Icelandic DNA,” he said.

The books presented to the college and Nunavut’s library system were accepted by the territory’s Education Minister Pamela Gross, Culture and Heritage Minister Joanna Quassa, and deputy culture and heritage minister Teresa Hughes.

Iceland’s embassy in Ottawa made a similar donation to the Whitehorse Public Library in June, and another will take place in Yellowknife in the coming months.

They mirror similar gifts of Canadian literature made this year by Canada’s embassy in Iceland to the Reykjavík and Akureyri public libraries there.

Gudjonsson described the embassies’ book exchange as the process of “gifting it forward.”

More than 1,000 years ago, the first Icelanders set foot on what is now Canada when Norse explorer Leif Eriksson and his crew arrived at L’Anse aux Meadows.

Today, Canada is home to the largest population of Icelandic immigrants and descendants, with more than 100,000 Canadians reporting Icelandic ethnic origins in the 2016 census.