‘It is not a pretty sight to see,’ says Tony Akoak 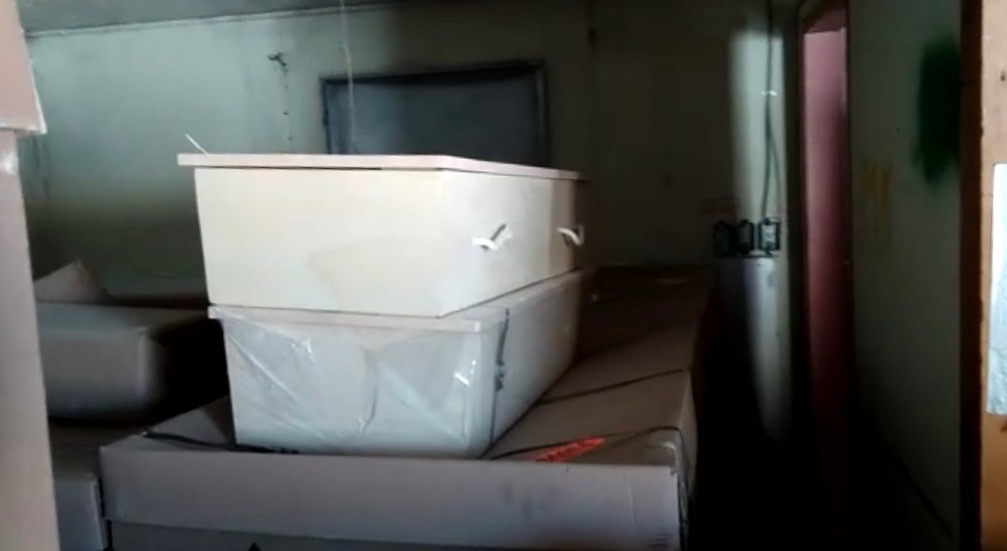 Gjoa Haven is using an old storage shed as its morgue. ‘It’s not a pretty sight,’ MLA Tony Akoak said in the legislature on March 4. (Screenshot from video provided by James Dulac)

Gjoa Haven MLA Tony Akoak is pushing for his community to receive a proper morgue, rather than the “aging and unsuitable storage shed” that he says serves that purpose now.

Akoak recently raised the matter in the legislature, after receiving a letter from one of his constituents, who said he was shocked at the treatment of the body of a close friend who died by suicide.

James Dulac writes that when he entered the building, he saw his friend’s frozen body in an RCMP bag on the ground, with another body’s head resting on his friend’s feet.

The body was frozen with one arm and leg twisted, and was “covered” in blood, still wearing boots, Dulac wrote on Jan. 5. Because of the position, the body couldn’t be properly dressed and couldn’t fit in a coffin.

Dulac wrote that he then went to the Co-op and bought a blanket and two pillows. He wrapped his friend in the blanket and “had to improvise,” putting the body in a plywood box.

“Our loved ones … when saying goodbye to this world, deserve respect, deserve to be treated with dignity,” Dulac wrote.

Having a proper morgue is “not a luxe, it is a right, it is a need,” he said in the letter.

There is no electricity or heat in the facility and there is sawdust and snow on the floor.

Dulac said in the letter he has brought his concerns up with the hamlet several times, but just keeps hearing getting a proper facility is on the agenda. 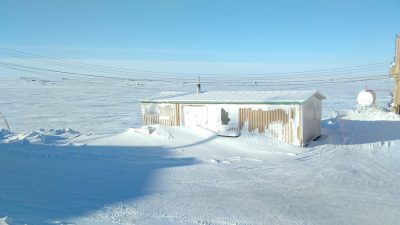 A storage shed in Gjoa Haven is used as the community’s morgue. (Photo provided by James Dulac)

Akoak brought up the makeshift morgue in the legislature on March 4.

He asked Jeannie Ehaloak, Nunavut’s community and government services minister, for an update on plans to provide proper morgues in Nunavut communities, but she said she did not have an update available.

This isn’t the first time he’s brought it up. Akoak requested an update from the minister of the time, Lorne Kusugak, on Oct. 23.

He said then that Kusugak had previously told him the department was “committed to assisting municipalities with the costs of converting a surplus building into a morgue and visitation area,” with funding of up to $250,000.

At the time, Kusugak said he did not know how many communities had applied for the funding. Last week, Ehaloak similarly said she was not aware of any applications for the funding.

Mustafa Eric, a communications officer with the Department of Community and Government Services, said in an email on Wednesday that the department has two funding programs to help municipalities improve morgue facilities.

In January of this year, the department requested a meeting with the hamlet of Gjoa Haven to discuss the morgue facility, Eric said.

He said the meeting hasn’t happened yet, “but we are confident we will be able to assist the community in meeting their needs in this area.”

The department purchased two portable morgues that can store 12 bodies in May 2020, for about $40,000 each.

They have been in Iqaluit since they arrived in June and have not been used, but are available for situations that result in mass fatalities, he said.