Government of Nunavut braces for COVID-19

“We have to prepare for the fact of its arrival,” says chief medical officer of health 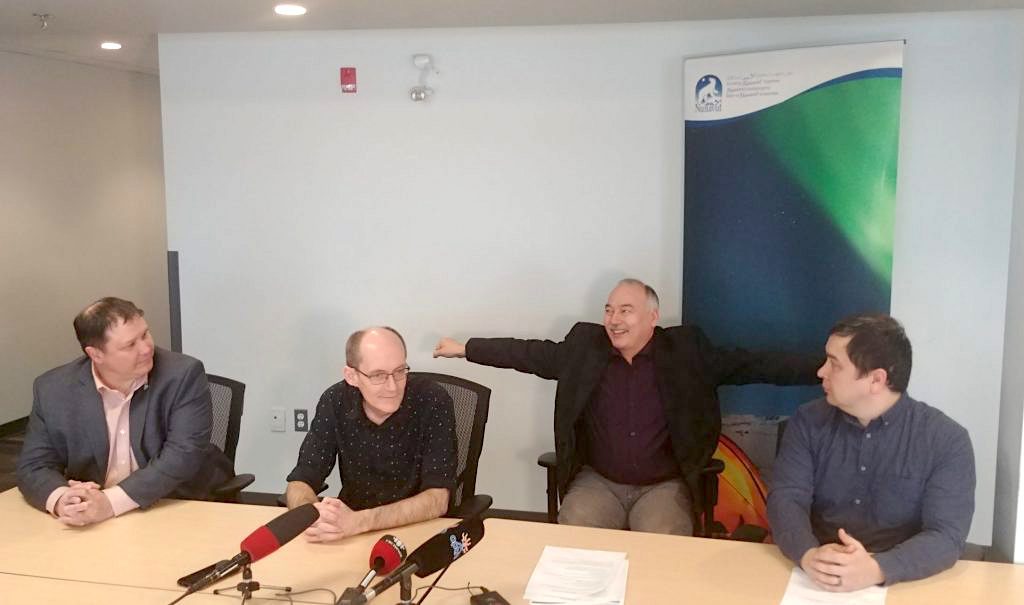 The COVID-19 virus will make its way to Nunavut—it’s not a question of “if,” but “when.”

The Government of Nunavut is now bracing for this eventuality, officials said in a news conference on Monday afternoon in Iqaluit.

Premier Joe Savikataaq reiterated the advice of health officials: wash your hands often with soap and water, cough into your elbow, maintain social distancing, don’t shake hands or kiss babies, and call your medical centre if you have any flu-like symptoms.

Savikataaq also asked mothers not to chew their babies’ food.

“Just do the common-sense approach and try to keep the spread down to the minimum, because when it comes we want to make sure we are prepared,” he said.

Earlier on Monday the GN announced that all schools and daycares in the territory will be closed for three weeks.

“This isn’t something that we took lightly,” chief medical officer Michael Patterson said at the news conference.

But he said that in order to reduce the chance of transmission into communities, they thought closing schools was the right step.

“We do need to remind everyone affected by this that this should be viewed as very different than spring break,” Patterson said.

That means children should avoid gathering in large groups. But he did say that playing outside in small groups is good—playing hockey, or going out on the land, for example.

The GN will reassess the closure in three weeks, and then every two weeks after that.

The GN is trying to figure out how to continue to feed students who rely on school lunch programs for healthy meals.

“At this point we haven’t dived into any details,” said Education Minister David Joanasie, “but it’s something that’s on the table, if there are volunteers who want to provide service.”

GN employees who have children in school and need to take time off to care for them will be supported, Savikataaq said, and they are encouraged to work from home or take flex hours.

Nunavut Arctic College is staying open for the time being, because their classes are smaller and the students are older and more mature, so social distancing is easier. Plus, the impacts of closing the college is greater on students. “Their skills are needed,” Patterson said.

Patterson said they want the students to finish their courses and get into the workforce.

However, there is currently no plan in place to help support college students who may have kids out of school in the coming weeks.

“Everything is evolving and changing so rapidly,” said Joanasie. “We don’t want anyone to have any hardships.”

The presence of the COVID-19 virus has now been confirmed in all 10 provinces, but in none of the territories.

Patterson said that Nunavummiut have to “prepare for the fact that it will arrive,” and he said that what that looks like depends on how people act.

If people return to the territory after travelling and have symptoms, Patterson implores them to take it seriously. That means don’t keep working and going out in public. Isolate yourself for two weeks.

“If you have symptoms and continue to live as usual, you will spread infections,” he said.

Patterson said the GN is now waiting for results from over 30 tests. They currently have to be sent to a lab in Winnipeg, and it takes up to five days to get results back.

Patterson is hoping that the GN can get its hands on a new way to test—a “commercial analyzer” that he hopes will be available in April. In that case, the GN may be able to carry out testing in Iqaluit, Rankin Inlet and Cambridge Bay.

Officials at the news conference reiterated that they want to take care of Nunavummiut, and that this situation is evolving rapidly. To keep the public up to date, they will now be holding a news conference every weekday at 3 p.m.