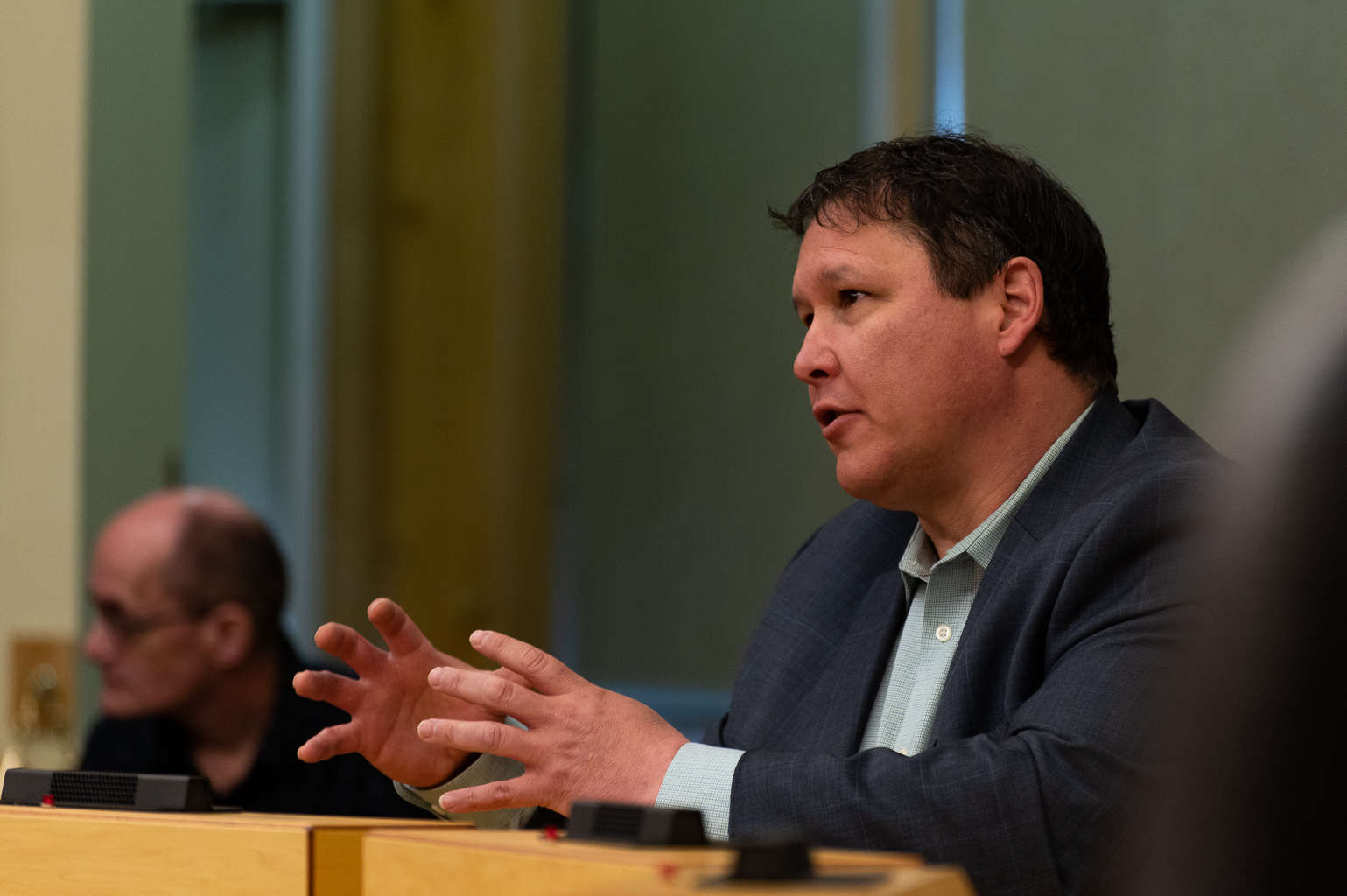 The Government of Nunavut has opened a new isolation hub in Winnipeg for those travelling for medical reasons.

Previously, the wait for medical travellers to get into the isolation hub in Winnipeg was up to three weeks.

“As of today we have 170 rooms and we hope to have everyone currently on the waiting list in Winnipeg into isolation by early this week,” said Nunavut Premier Joe Savikataaq at today’s COVID-19 news conference.

Last week’s discussions focused on the possibility of a temporary isolation hub in Iqaluit or Winnipeg.

According to Health Minister George Hickes, locating the medical travel isolation hub outside the territory was always the department’s preference.

Although the new hub was initially set up to to  provide surge capacity for medical travellers, Hickes expects that it will remain open after the waiting list is cleared.

“As medical appointments are continuing to increase as other jurisdictions, including Winnipeg, are starting to have more openings for services, we are anticipating needing that hub probably until the end of the isolation process,” said Hickes.

“We want to make sure that the supports and everything are there for medical travel patients.”

Expanding on this, Hickes also spoke about the development of a medical travel bubble that could possibly reduce or eliminate the need for medical patients to undergo a two-week isolation.

“What we’re looking at are possible ways we can have somebody in medical travel stay within our controlled environment, all the way through,” said Hickes.

“As an example, right now we’ve got people in isolation that may still have follow up appointments. We will work with the medical team to make sure that all PPE [is worn] and [we will] control travel to that appointment and back into the isolation hub so it doesn’t break that isolation.”

Unlike the other hubs, the new isolation hub for medical travellers is run by the Department of Health rather than the Qikiqtaaluk Corp.

At the same time, the construction workers’ isolation hub in Winnipeg has been closed due to a decline in the number of workers staying there.

Workers travelling through Winnipeg will now stay at the general isolation hub.

At the other hubs, while the QC is now responsible for everything the government was previously handling, including intake, resolving issues and providing direction on how to access mental health supports, they will also have three staff at each location, at least one of whom can speak Inuktitut.

The isolation hubs in Edmonton and Ottawa each currently have one Inuktitut speaker, while Winnipeg has two.

Another change taking effect this week is the serving of country food at the isolation hub in Ottawa.

According to Hickes, the goal is to offer the meal replacement three times a week.

The country food program will be expanded to other isolation hubs once the process in Ottawa is streamlined.