Construction is set to begin in late July 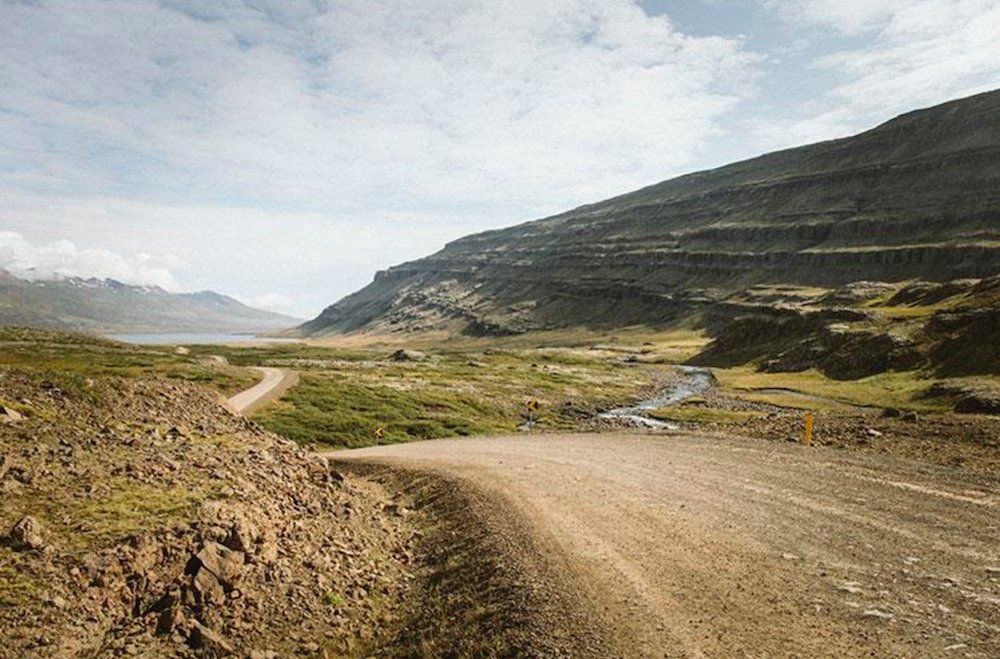 This is an artist’s rendering of how the road between Kangerlussuaq and Sisimiut would look. (Qeqqata Kommunia)

Construction of Greenland’s first road connecting two settlements will begin at the end of July, when contractors start work on what will eventually be a 130-kilometre road from Kangerlussuaq to Kangerluarsuk Tulleq, a fjord in the vicinity of Sisimiut, the country’s second largest settlement.

A road between Kangerlussuaq and Sisimiut has been discussed for years as a way to promote tourism and mobility, but it was not until national authorities approved an environmental impact assessment of the combined gravel and asphalt road last week that its construction was permitted to begin.

Qeqqata Kommunia, the local council responsible for the area, announced on Wednesday, June 17, that it would begin construction of the first segment in late July.

“In the rest of the world, building a road across open terrain is a daily occurrence, but this is the first time we’re starting to build a road between two settlements,” said Malik Berthelsen, Qeqqata’s mayor. 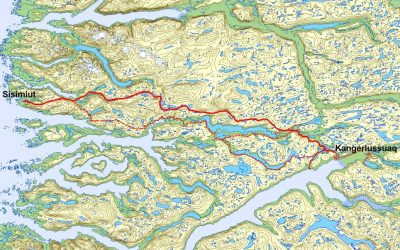 In addition to evaluating what impact the road will have on the area it passes through, the assessment also lays out guidelines for the course of the road and identifies steps contractors must take to avoid disturbing the environment.

Construction of the full 130 kilometres is estimated to cost up to 500 million kroner (CA$102 million) and can be expected to contribute 50 million kroner annually to the local economy each year, according to Qeqqata Kommunia’s calculations.

Some of that could be generated by things like export of meat, made possible by lower shipping costs to Kangerlussuaq, but most of any income that stands to come from from tourism, according to the council.

“Building a road from Kangerlussuaq to Kangerluarsuk Tulleq supports the council in its plans to develop the tourism industry,” the council wrote in its application for approval to build the road.

The council does not have funding to build the full road, and has instead decided to build it in stages.

The initial 21-kilometre segment will begin in Kangerlussuaq, site of what is currently Greenland’s primary international airport. While most of the airport’s traffic will be diverted to Nuuk and Ilulissat after airport improvements are completed, Kangerlussuaq is expected to retain an active airfield, and Qeqqata Kommunia is building a port for use by cruise ships.

“From Qeqqata Kommunia’s perspective, the airport in Kangerlussuaq is a major asset that can support the continued development of the tourism industry,” the council wrote.

Critics had expressed concern that the road would spoil the wilderness experience of the Arctic Circle Trail, which runs in the same direction, but the assessment found the two were sufficiently separate to prevent the trail from being impacted.

The first segment will provide access to a UN World Heritage Site and is hoped to help encourage travellers to visit the area. Without the road, the council argues, few, if any, people will be able to visit the site.

Another 10 kilometres of the road will initially be laid out as an ATV trail, but that, too, will eventually be widened and upgraded to accommodate road vehicles.

Berthelsen expected that opening up the hinterlands between the two settlements would have multiple benefits.

According to the environmental impact assessment, the road to Kangerluarsuk Tulleq can be expected to be useable by wheeled vehicles eight months out of the year, and that it will be used by up to 1,600 vehicles a year by 2030, with the vast majority of travel occurring during the peak travel season, when the number of road vehicles could be as high as 35 per day. In addition, some 15 ATVs are expected to use the road each day at that time of year.

If the road is extended into Sisimiut, the volume of traffic can be expected to increase four-fold, the environmental impact assessment predicts.