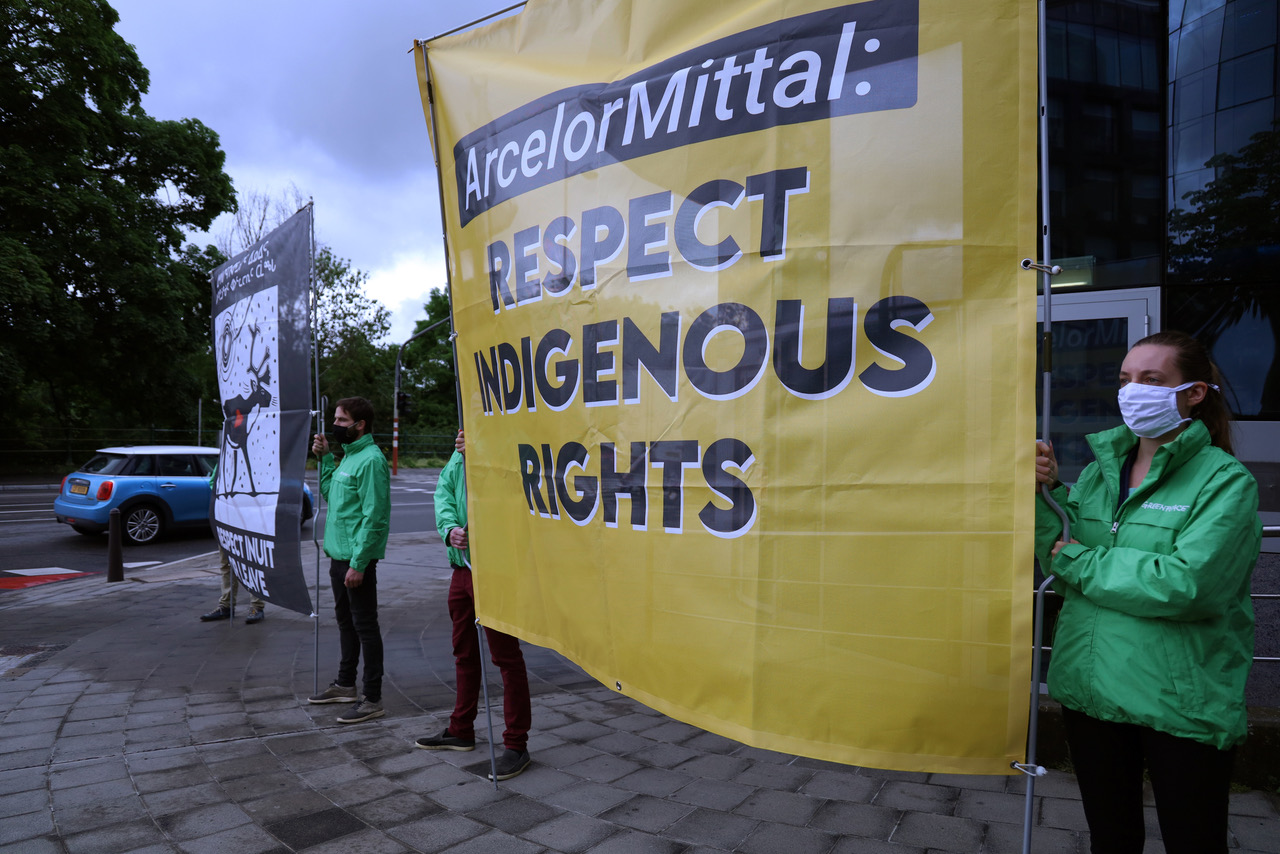 The petition, which as of Friday morning had 201 signatures, was launched with the Nuluujaat Land Guardians, a group of Inuit hunters who last year blocked the mine’s airstrip and tote road in protest of the expansion plan.

“We ask everyone who cares about supporting Indigenous people and protecting Arctic wildlife to speak up and tell the government to reject this project. Please help us protect our Arctic home,” Daniel Inuarak, a spokesperson for the Guardians, said in the release.

In a written statement, Baffinland said it has made a commitment to positive socio-economic development that supports all Nunavummiut as well as to using industry-leading environmental safeguards.

“With limited economic opportunities offered elsewhere in the region, indirect and direct employment from the mine provides a stable economic base for the region,” Baffinland spokesperson Peter Akman wrote in an email.

Akman listed the impact the Mary River mine, which accounts for about one-quarter of Nunavut’s economic activity. As the largest employer in the Qikiqtani region, Baffinland has paid $315 million in wages to Inuit employees since 2014 and awarded $1.3 billion in contracts to Inuit companies, as well as having paid more than $4 million in dividends to residents of north Baffin communities from Arctic Co-op contracts.

Until this year, the Oakville, Ont.-based mining company had trucked six million tonnes of iron ore per year from the Mary River mine to Milne Inlet and shipped it out through the Tallurutiup Imanga conservation area.

It wants to double that annual ore output to 12 million tonnes, construct an additional dock at the port, and build a 110-km railway from the mine to Milne Inlet.

Under its current permit, though, Baffinland can only ship 4.2 million tonnes per year.

After Vandal rejected the company’s request for an emergency order to restore the limit to six million tonnes on June 1, Baffinland filed a notice with the Nunavut Labour Standards Compliance Office on June 3 which could lead to more than 1,300 of its workers being laid off after 16 weeks.

“This wasn’t a choice we were eager to make, we have been actively trying to avoid this situation,” Akman said then.

The company has maintained that expansion is critical to its financial standing and that rejection might put the mine into care and maintenance, meaning it would no longer produce iron ore.

The hamlets of Sanirajak, Arctic Bay and Pond Inlet all have expressed support for the proposal. Hunters and trappers organizations in each of those communities, though, still oppose the project, with some calling for a 10-year moratorium on the expansion plan.

On May 13, the Nunavut Impact Review Board recommended Vandal reject the proposed expansion, saying it has the potential to cause damage to marine mammals, caribou and other wildlife.

The final decision to approve or reject the proposal rests with Vandal, who is expected to make his decision 90 days from the board’s May 13 decision.

In June 2021, Greenpeace held a protest outside the ArcelorMittal headquarters in Luxembourg, a parent company and primary international ore supplier of the Nunavut mining enterprise.

Correction: This story was updated from an earlier version to add a comment from a spokesperson for Baffinland Iron Mines Corp. and to state the correct amount of money paid to residents of north Baffin communities from Arctic Co-op contracts.