Group will use $10M prize to teach tech skills across Nunavut

Pinnguaq partnership to create network of makerspace hubs in communities 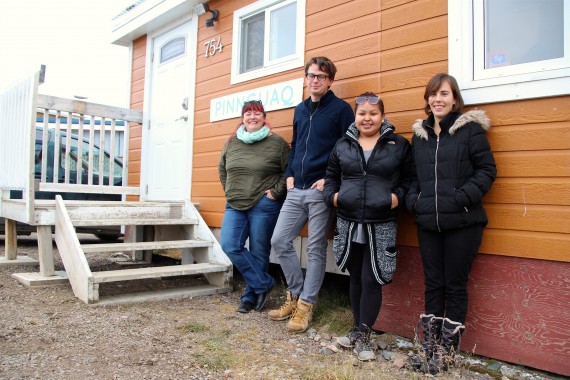 A group of Nunavut organizations has won a $10-million prize from the Canadian Smart Cities Challenge through Infrastructure Canada, which they’ll use to teach technology and digital arts skills throughout Nunavut.

The Pinnguaq Association, a Pangnirtung-based organization that operates the Iqaluit Makerspace, partnered with the Nunavut Association of Municipalities, the Embrace Life Council and Qaujigiartiit Health Research to submit a proposal to create a network of makerspace hubs across the territory.

The Iqaluit Makerspace program opened in September 2018 and offers a daily after-school program that focuses on teaching kids coding and digital arts.

The makerspaces will offer culturally responsive educational resources and extra-curricular activities as pathways to mental wellness, according to the proposal.

This Smart Cities win for Nunavut Communities, $10MM, will be an absolute game changer for our Territory. That the Makerspace model that my Panik enjoys, and benefits greatly from, will be rolled out everywhere is truly an amazing investment in our future.

Ryan Oliver, executive director of Pinnguaq, said he and his colleagues attended the Smart Cities Challenge announcement Tuesday in Ottawa where it was announced they won.

All four organizations, who have been working on the proposal since January 2018, plan to get straight to work on what Oliver describes as the, “Pinnguaq network” of makerspaces.

“Iqaluit has been a success. It was a pilot program and now it’s able to sustain itself. So the next step is, what does this look like for each community?” he said.

The $10-million grant, which is distributed over five years, is a launching point, Oliver said. The organizations involved are looking at ways to make the makerspaces sustainable and unique to each community’s needs.

“The priority is making tech education available to kids and adults who otherwise don’t have access,” he said.