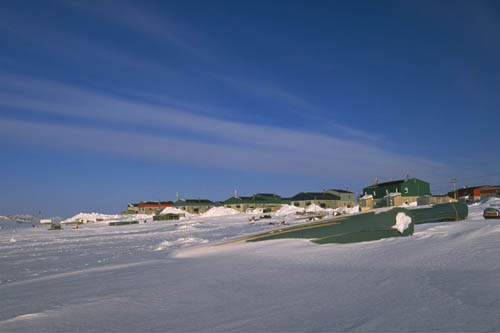 Quebec’s coroner’s office says that a gunshot killed a four-year-old Nunavik boy in 2019.

A newly released report prepared by Quebec coroner Francine Danais concluded that Lukassie Anautak, 4, died from a gunshot wound to the head, after another family member fired a weapon at him.

Nunatsiaq News initially reported that the death of the Akulivik boy was triggered by a serious head injury, after the boy’s older brother threw a helmet at his head, according to an interview with the town’s mayor.

On the morning of Apr. 2, 2019, Lukassie Anautak was playing at home with another family member, who had previously been identified by community members as the boy’s six-year-old brother.

The police investigation found that the family member fired the weapon at the four-year-old as the two fought over a toy.

The coroner’s report said the child’s mother was outside the home when she heard a loud bang come from within. When she came inside the home, she found her four-year-old son in a pool of blood.

Anautak died from head injuries en route to the Akulivik airport to board an air ambulance, the report found.

Nunavik Police Service officers responded to the initial incident, but then handed over the investigation to the Sûreté du Québec.

Police found that the firearm used in the incident had been loaded and kept in an insecure cupboard in the family’s home, where it was easily accessible. Police did not pursue any arrests in connection to the incident.

“It’s well-known that the vast majority of residents of Nunavik’s communities possess a firearm, used for hunting,” Danais wrote in the French-language report. “This is part of everyday life.”

“Despite the opportunity to receive a free gun lock, most of those weapons remain accessible and poorly stored.”

Danais said the region would benefit from a gun safety campaign developed by and for Inuit.

The coroner noted the availability of gun locks through Nunavik Police Service detachments, as well as a newer program put in place by police and the Kativik Regional Government’s hunter support program earlier this year that allows Nunavimmiut to register their weapons and receive free safety training.

Because those options are in place, Danais did not make any further recommendations.

The coroner’s office said the Anautak family had been notified of the results of the report in March.