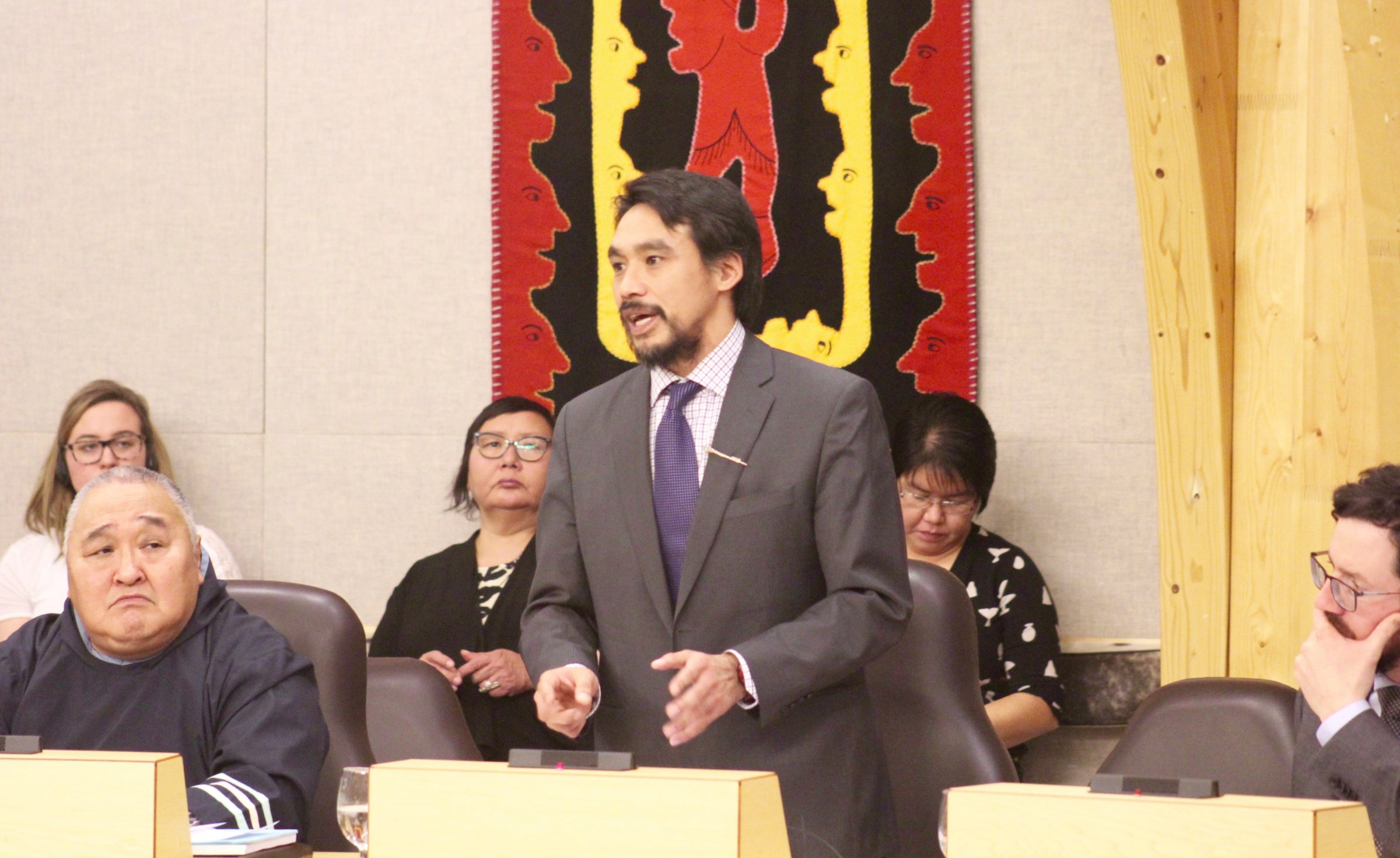 Hall Beach’s MLA says his constituents are still waiting to hear back on when the community can officially change its name back to its traditional name, Sanirajak.

The community held a plebiscite last year to change its name back to its traditional name, Amittuq MLA Joelie Kaernerk explained in the legislative assembly on Thursday, Feb. 20, adding that over two-thirds of the community voted in favour of the change.

Kaernerk said the hamlet council recently wrote to Lorne Kusugak, Nunavut’s community and government services minister, to request that the name change be approved by the territorial government.

“Can the minister confirm when the official name change will be made?” Kaernerk asked.

“After the plebiscite, the hamlet’s SAO wrote to me, asking me to proceed with this matter and I replied saying that I approve of the decision that the municipality made to change the name,” Kusugak said.

But Nunavut’s cabinet still need to approve the change.

“It has to go through cabinet. We have received the letter from the mayor of Hall Beach for that purpose,” Kusugak said.

Kaernerk asked if the minister and his department could help pay for the name change.

Kusugak said they could look into it.

“I don’t know how the name change can cost more money. If the hamlet doesn’t have the funds within their budget, then we can look into that,” Kusugak said.

Citing Cape Dorset’s recent official name change to Kinngait, Kaernerk also asked Kusugak if he could update the assembly on how many community name changes are in the process of being approved.

Kusugak said he didn’t know how many community names have been changed, but that Kinngait and Hall Beach went through the process at around the same time.

“Once we have them all listed, we will be able to tell you how many there are, but I don’t know how many communities have had their names changed back into the Inuktitut name,” Kusugak said.