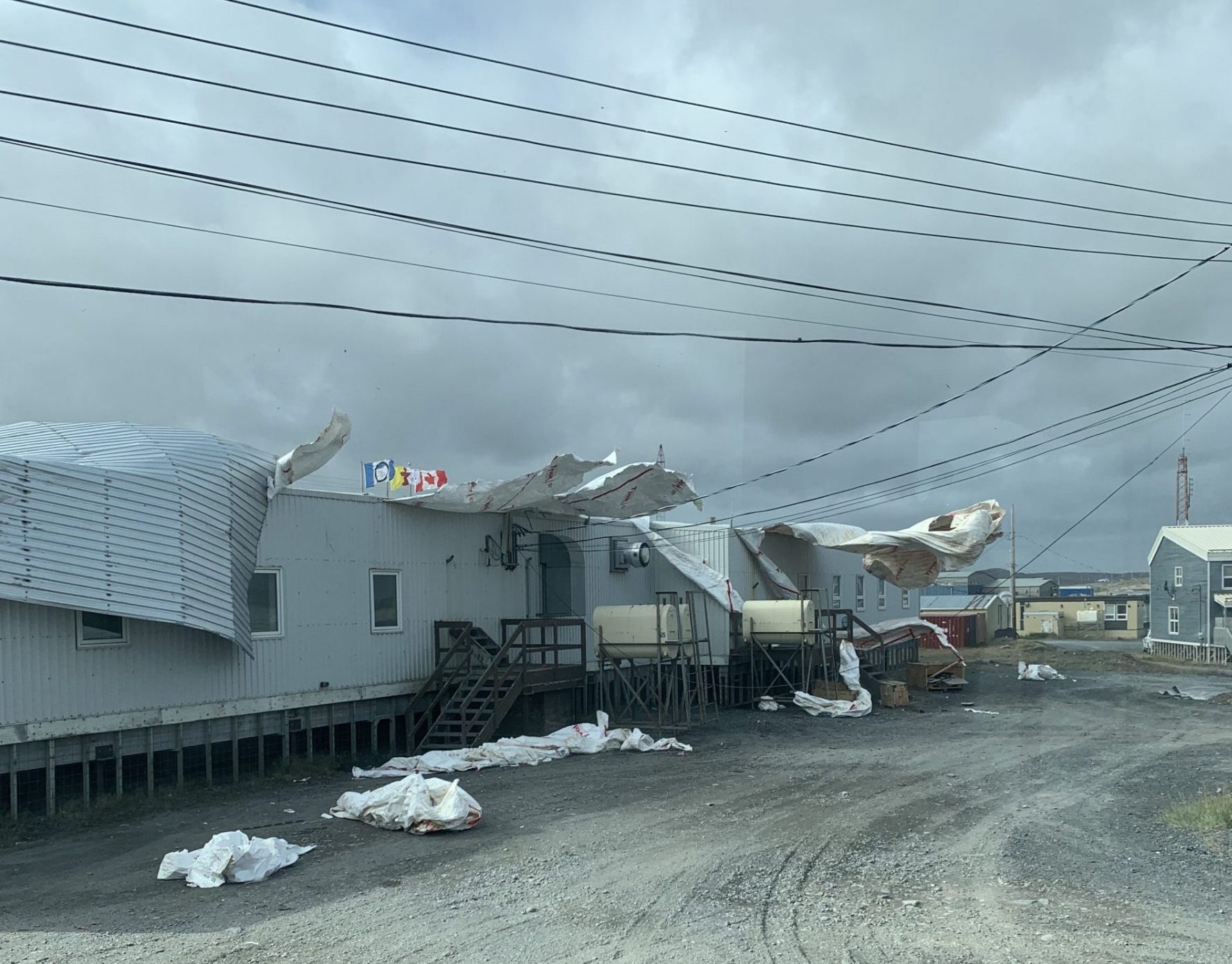 High winds and torrential rain have left staff at Sanikiluaq’s hamlet office, including the mayor, without a space to work. (Photo courtesy of Alison Drummond)

Staff in Sanikiluaq are looking for a temporary workspace after winds of up to 98 km/h tore the roof off the hamlet office last week and torrential rain flooded their offices.

“We stood at the window and we actually watched a shed get blown down the road. I saw an empty oil barrel get lifted up and put over a sea can. There were wires flying around,” Drummond said.

“I’m from Nova Scotia, and it looked like a hurricane.”

The storm also damaged the roof of the Amaulik Inns North, the local hotel in the community of about 900.

Drummond said the hamlet had arranged to get temporary waterproofing for the office building. Those supplies were expected to arrive last Friday.

“So you’ve got no roof and rain coming in from outside walls. There were areas of the office that were under six to eight inches of water at one point,” Drummond said.

But the extent of the damage is still unknown.

“We are waiting to get access to temporary office space, at which point we have to get our internet set up and then we have to put the cabling in place to actually create the network. So until all that is done … we won’t know,” Drummond said.

Johnnie Cookie, Sanikiluaq’s mayor, said he was returning from his cabin when he saw the damage.

“I saw this building with blown off roofing … and I was invited to go into my office to look at the situation and I had to wear rubber boots to go in there,” Cookie said. 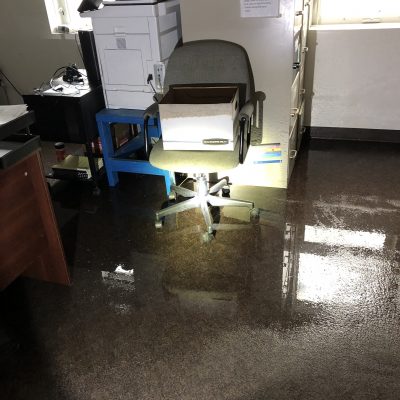 For now, Cookie is working from home and is working to find a space for the hamlet council to hold meetings.

Drummond and the hamlet’s finance officer are currently working out of a municipal garage.

But nine other departments are without an office space, Drummond said.

“The hamlet is operational, but the administrative side is not. And we’re doing the best we can to get those offices up and running again,” she said.

Services such as water delivery and sewage are still operating as normal, Drummond said.

So far, a building inspector and an electrical inspector have been sent to the community.

Drummond said the Government of Nunavut has been “incredibly supportive.”

“They’re looking at different GN assets in town to see where we could be temporarily relocated. They’re in touch with me roughly every two hours asking for updates, asking how we’re doing. Their support has been tremendous.”

Premier Joe Savikataaq is expected to visit the community this Friday on a previously planned visit. Government of Nunavut officials are also expected to attend, Drummond said.

In a statement, Nunavut’s Department of Community and Government Services said, “CGS has been engaged with the hamlet administration to address the immediate issues facing the municipality.”

“The SAO and team have worked around the clock to minimize water damage and ensure minimal disruption to the community’s programs and services. Discussions are ongoing on short-term strategies to address the hamlet’s community’s office space needs within existing facilities located in the community,” the statement said.