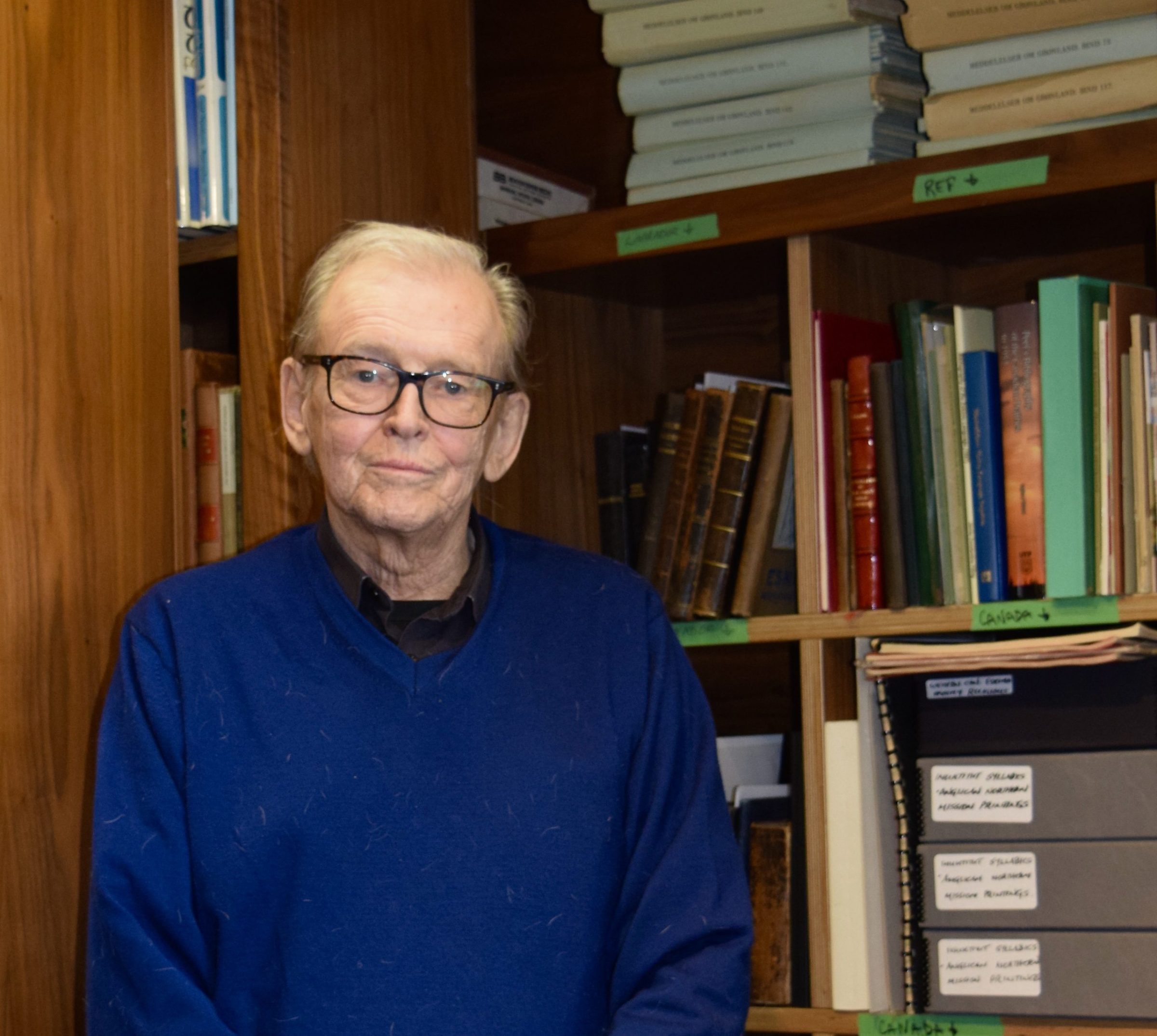 Writer and historian Kenn Harper is set to launch his latest book, “Inuit and Explorers,” at a book launch Sept. 8 in Iqaluit. On the day prior to that, Harper will also give a talk about the Fifth Thule Expedition at the Nunavut Research Institute. (Photo by Madalyn Howitt)

To mark the centennial of the Fifth Thule Expedition, writer and historian Kenn Harper is heading to Iqaluit for two events that will be open to the public.

Harper, a regular contributor to Nunatsiaq News with his Taissumani columns, will give an illustrated talk Sept. 7 on Danish explorer Knud Rasmussen and the Fifth Thule Expedition he led in the Arctic from 1921 to 1924.

The following evening, Harper will host a northern book launch for Inuit and Explorers, the fifth book in his In Those Days series about Arctic history. The book is a collection of his columns, updated with new information.

“I’ve been sort of a drumbeater to make sure the expedition is known in Canada, especially northern Canada,” Harper said.

His current series for his Taissumani columns focuses on the expedition.

“Traditionally, these exploration histories always focused on the white guy, and the Inuit, if they’re named at all, there’s not much detail on their contribution to the expedition,” Harper said about what inspired him to write the book.

The Iqaluit events will bring Harper back to Nunavut for the first time since February 2019. He previously lived in the territory for 50 years.

The Sept. 7 event, open to the public, will be at the Nunavut Research Institute (building 959-A) at 7 p.m. in the boardroom.

The Iqaluit book launch will be at the Nunatta Sunakkutaangit Museum from 6:30 to 8 p.m., sponsored by publisher Inhabit Media. The book was previously launched in Ottawa in April.

Harper will also give a talk about the Fifth Thule Expedition later this month in Ottawa at the Alex Trebek Theatre in the Royal Canadian Geographic Society building, 50 Sussex Dr.

Attendees can purchase tickets for the Sept. 15 lecture that starts at 7 p.m. by visiting cangeo.ca/thule or through the rcgs.org website.