How could artificial intelligence serve Nunavummiut? 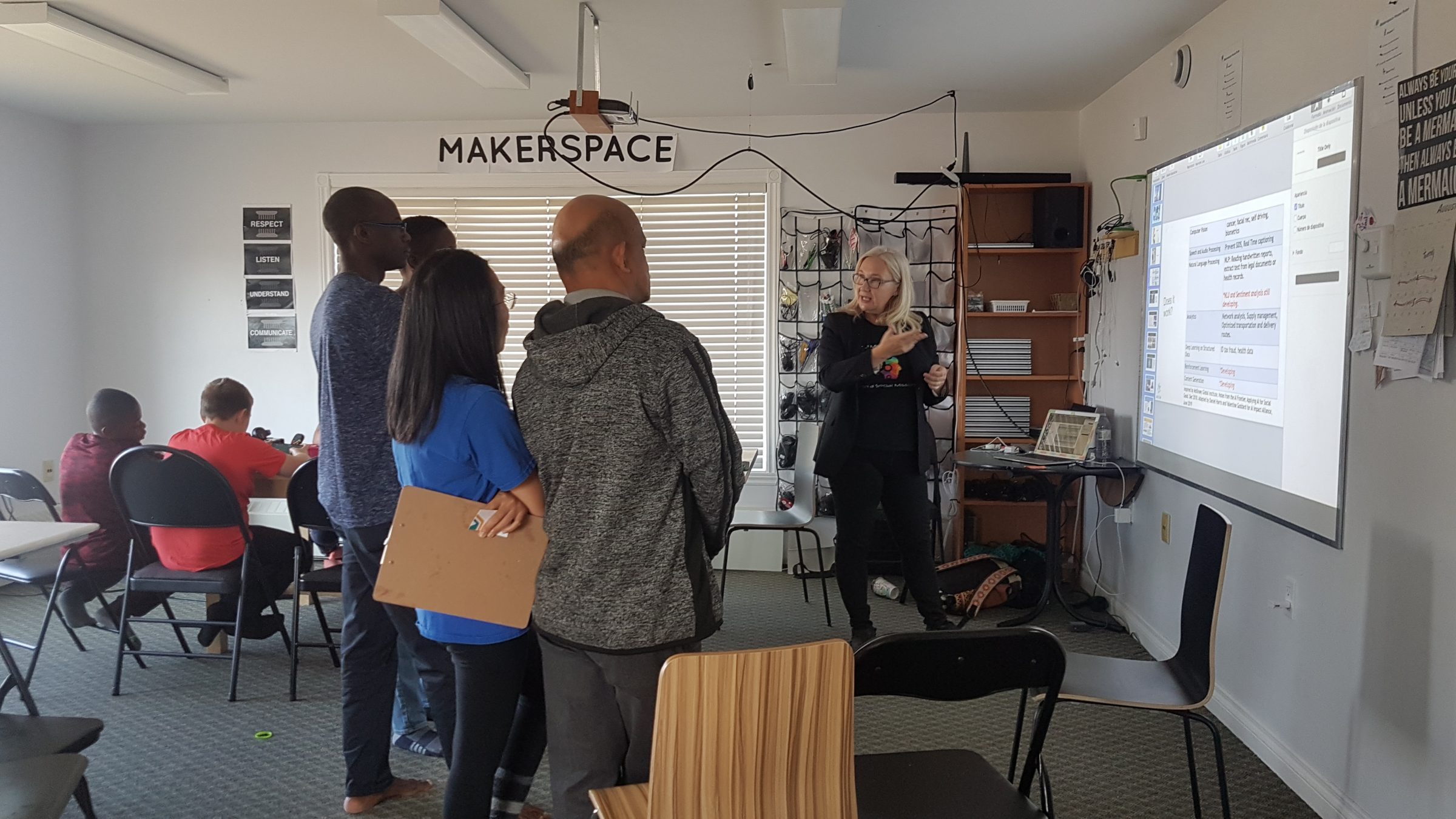 Valentine Goddard, founder and executive director of AI Impact Alliance, facilitated a workshop on artificial intelligence or AI, in Iqaluit on Saturday, Aug. 24, as part of the Nunavut Arts Festival. (Submitted photo)

Artificial Intelligence, or AI, is a growing reality around the world. How do Nunavummiut want AI to serve their needs?

That’s the question Valentine Goddard posed at a workshop on Saturday, Aug. 24, at the Pinnguaq Makerspace building in Iqaluit.

Goddard facilitated a workshop on AI as part of the Nunavut Arts Festival, which took place in the territory’s capital from Aug. 19 to 25.

“What would Nunavut AI look like? We always have to ask why we need it or want to use it,” she told Nunatsiaq News. Goddard is the founder and executive director of AI Impact Alliance based in Montreal, a non-governmental organization that aims for broad engagement on the ethical use of AI.

AI is the use of computers to perform tasks that usually need human intelligence, such as visual perception, decision making, speech recognition and language interpretation.

AI could help Nunavut artists with their “discoverability,” Goddard said, meaning how easily others can find their work online.

Some artists incorporate AI directly into their work, she added. For example, one Japanese dancer attached wires to her back, which were then translated into notes on a piano through the use of AI.

But AI can go far beyond helping artists directly in their work, Goddard said.

“AI can automate repetitive tasks, and change our thought process.”

AI is already used for everything from the delivery of health care services to bridging distant geographical locations to involvement in deciding who gets to immigrate into a country, she said.

But AI can’t be creative: that is still a feat that only humans can accomplish. Humans input data and the AI outputs results, according to its design. How the AI is designed and what its results are used for should include broad public consultation, Goddard said.

For example, in China the national and regional governments are implementing a social credit system.

Nearly 200 million cameras around the country equipped with facial-recognition software track citizens’ movements.Citizens receive scores based on their behaviour, which can result in restrictions, such as whether they are allowed to fly or what schools they can attend.

Similar visual-recognition software is also used for a very different reason: to detect some kinds of cancer, Goddard said.

“That’s why engagement and governance of AI is so important. We live in a democratic country, not an authoritarian country. So we need to decide how AI should be used,” Goddard said.

These kinds of ethical questions will become more important and frequent with the development of AI technology, Goddard said. She referred to an article called “Two-Eyed AI” published by the Canadian Commission for the United Nations Educational, Scientific and Cultural Organization.

The author of that article, Dick Bourgeois-Doyle, promotes “Two-Eyed Seeing” as a way to approach ethical issues around AI.

Two-Eyed Seeing is an approach honed and advocated for by Mi’kmaw Nation elders Albert and Murdena Marshall, Bourgeois-Doyle wrote.

This would ensure respectful collaboration, widespread empowerment and a future built on the best of humanity, he argued.

Inuit may recognize some similar values in Inuit Qaujimajatuqangit principles, such as piliriqatigiinniq (working together for a common cause), qanuqtuurniq (being innovative and resourceful), aajiiqatigiinniq (consensus decision making) and inuuqatigiitsiarniq (respecting others, caring for people.)

Goddard said her organization is not trying to bring AI to every Nunavut community.

“Our role is to ask communities, what AI tools could they use, to serve their needs?”

And artists are well-positioned as educators, culture creators and communicators to help shape the conversation around AI, Goddard said.

To join a national conversation on AI, Goddard said people can find “ArtImpact AI” on Facebook.