How do you say ‘narcissistic’ in Inuktut? GN and Microsoft want to know 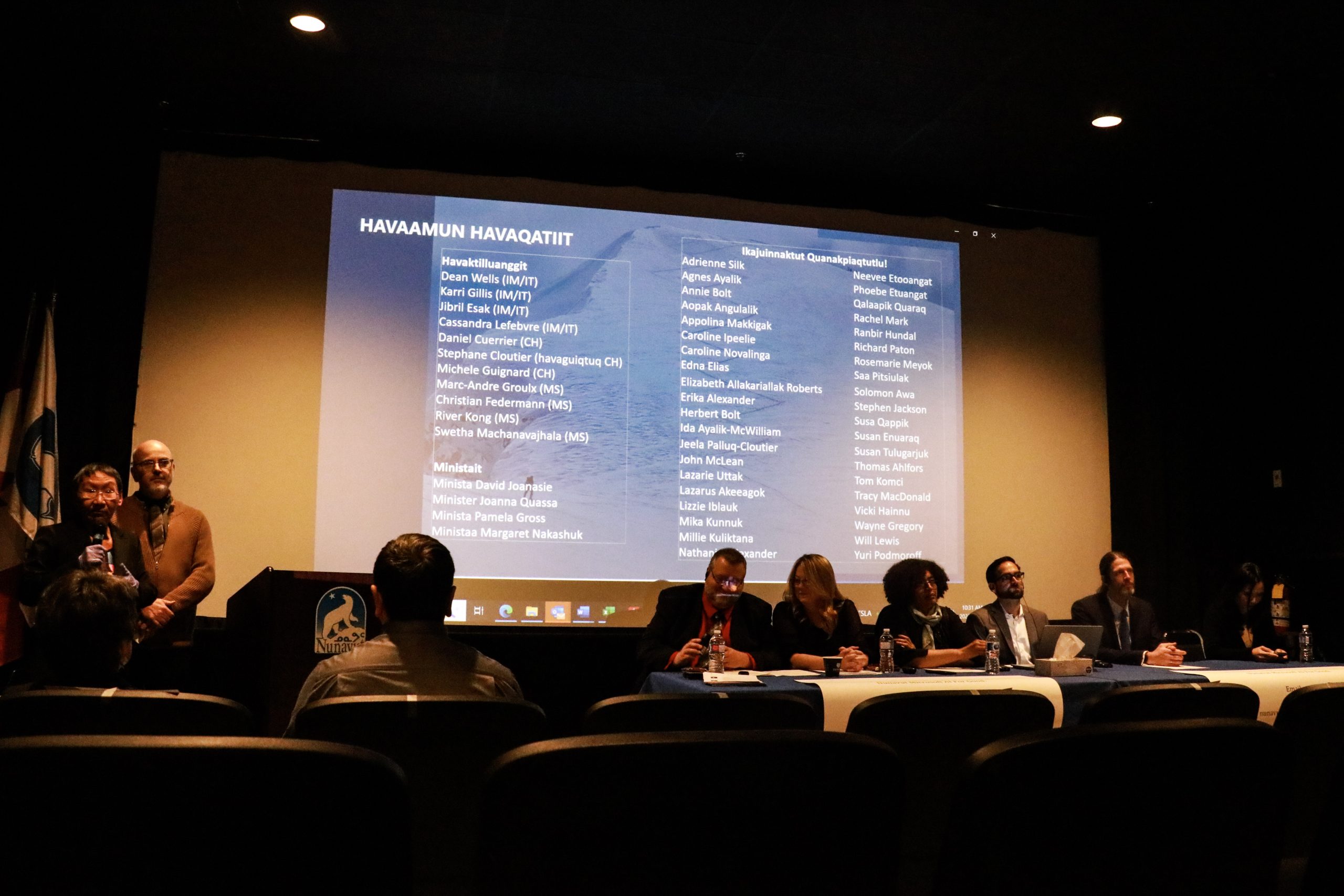 Microsoft as well as Nunavut government members came together seeking community input for the technology corporation’s Inuktut language translator Tuesday. The team is looking for new words in Inuktitut and Inuinnaqtun used by everyday Inuit to be added to the online translator. (Photo by Meral Jamal)

After an estimated eight million words in Inuktitut and Inuinnaqtun were translated in the last fiscal year alone, Microsoft and the Government of Nunavut want input on new words to be added to the corporation’s online Inuktut language translator.

The GN and Microsoft partnered last year when Inuinnaqtun and romanized Inuktitut were added to Microsoft’s translation services as part of the government’s annual celebration of the Inuktut languages.

Much of the initial vocabulary came from government translators, through documents and records translated since the early 2000s. Now, the focus is on making sure everyday Inuktut used by Inuit can be incorporated into the translator as well.

“If you have this data and you want to share it with us, you can share it with us and we’ll put it in Microsoft Translator,” said Michèle Guignard, a consultant with the GN’s Department of Culture and Heritage, at a meeting Tuesday about the initiative.

“With this kind of technology, the more data the better.”

Some words might come from children’s books that were translated or reports from and about cultural activities by Inuit organizations. 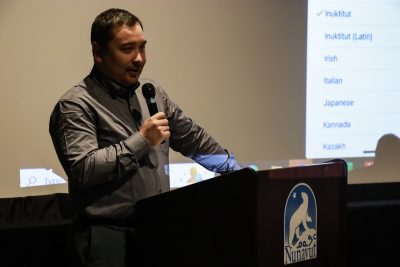 Community and Government Services Minister David Joanasie said updating and improving the Microsoft translator app will ultimately help Inuit who are seeking health care in receiving services in their own language. (Photo by Meral Jamal)

Along with adding new words to the translator, the goal is to update the translated meanings of existing words.

This was a concern brought up by Teresa Hughes, deputy minister for the Department of Culture and Heritage. She said she once tried to translate the word “narcissistic” from English to Inuktitut through Microsoft’s translator.

Instead of translating it as a person who is extremely self-centered with an exaggerated sense of self-importance — as defined in the Merriam-Webster online dictionary — Hughes said the platform’s translation of the word was “somebody that is soft” in Inuktitut.

“That does not sound right,” she said.

“So how do we start looking at those words when they’re completely opposite of the meaning?”

Dean Wells, the corporate chief information officer with the Department of Community and Government Services, and other members of the Microsoft team said they hope that by engaging with the community on improving Inuktut translations, they can address problems with existing definitions that are part of the online translator.

In the meantime, Microsoft’s desktop Bing translator accepts suggestions for its translations, so users can provide the most accurate definitions of the words being used.

Ultimately, the GN and Microsoft said the hope is that with new Inuktitut and Inuinnaqtun words added to the translator, the technology will adapt and improve over time.

They also hope it will be used by youth and elders, and especially unilingual Inuktut speakers to better access services such as health care.

“We envision that patients will have the ability to communicate with doctors. Residents of care facilities will have the security of being able to communicate with staff travelling from inside and outside the territory and translate their needs to over 100 languages available on the tool,” said Community and Government Services Minister David Joanasie of the project.

“We’re already beginning to see the benefits that Microsoft Translator has brought to us by helping to incorporate our language into everyday life.”

Clarification: This article has been updated from an earlier version to clarify the title of Dean Wells, who is quoted in the story.