‘I love you Savanna, and I miss you’: Dozens gather to honour Nunavut homicide victim

Savanna Pikuyak, 22, had just moved to Ottawa to study nursing when she was killed 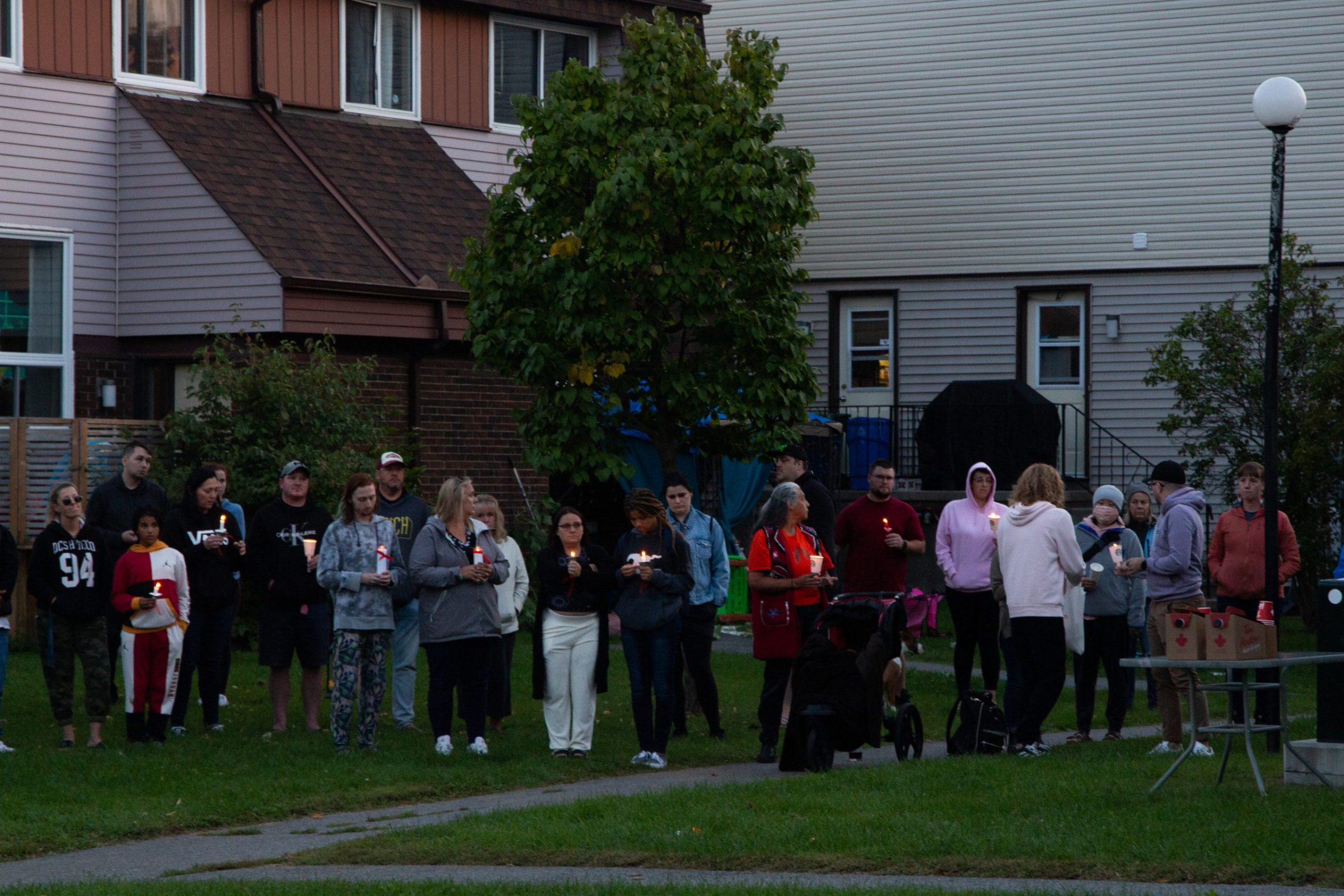 Dozens of family and friends gathered Thursday to pay tribute to Savanna Pikuyak at a candlelit vigil Thursday evening near Ottawa. (Photo by Jeff Pelletier)

The neighbourhood around Woodvale Green in Ottawa’s Nepean area is quiet and welcoming.

Neighbours socialize on their small porches, kids ride their bikes on the streets. The air is filled with the sounds of crickets and the occasional barking dog.

“Nothing ever happens here,” one neighbour was overhead telling another Thursday.

But something tragic happened there Sunday, when at 34C Woodvale Green a young woman from Sanirajak was found dead, the victim of an alleged homicide.

Ottawa police identified the victim as Savanna Pikuyak. Just over a week before, the 22-year-old had left Nunavut and moved back to Ottawa to continue her post-secondary education at Algonquin College.

Nikolas Ibey, 33, is charged with second-degree murder in her death.

By then, all signs of an active crime scene were gone. The lawn previously taped off and guarded by police was now a place where two neighbourhood kids chased around their little dog, under the supervision of their families.

For attendees, the vigil was a time to grieve, to cry, to pray and show love for Pikuyak’s family and friends who are in pain from Sunday’s tragedy.

“I love you Savanna, and I miss you,” said Joan Deibs, a friend of Pikuyak who organized the gathering.

Many people left flowers, candles and “Justice for Savanna” notes at the steps of the house where Pikuyak was found.

Sheba, who is back home in Sanirajak, also shared her thanks for all those who attended the vigil, left tributes and shared their messages of condolence.

Louisa Yeates, who is originally from Kuujjuaq but lives in Ottawa and studies at Carleton University, came to the vigil to pay tribute and offer her condolences to friends and family.

“I’m really sorry that she had to go through what she went through, no one should have to worry about their safety when they’re trying to pursue an education,” she said.

“It’s not fair, our life is hard enough.”

Pikuyak is survived by her mother and father, David Angu Akearok, stepbrothers Darryl and Jonah, her youngest brother Dawson, and her sister Geneva, who Sheba Pikuyak said was Savanna’s best friend.