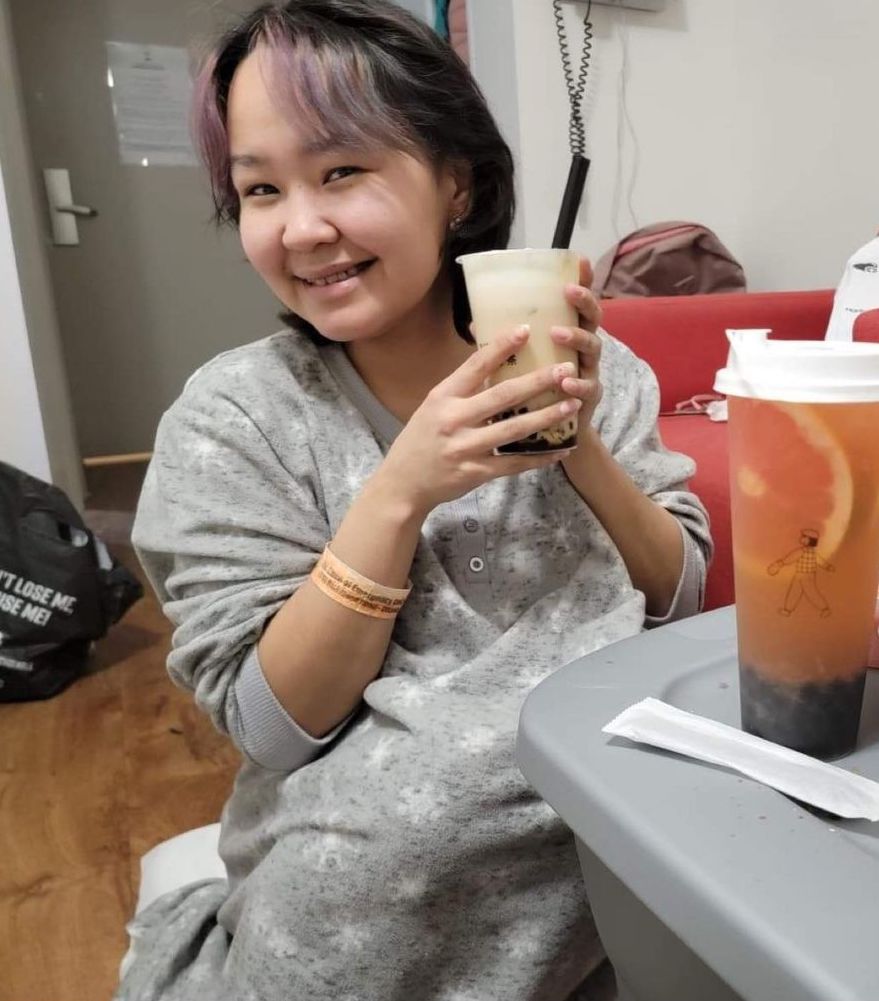 Ottawa police have identified Savanna Pikuyak, of Sanirajak, as the victim in a weekend homicide. (Photo courtesy of Sheba Pikuyak)

Suspect arrested in killing of Savanna Pikuyak, who left Sanirajak last week to study in Ottawa 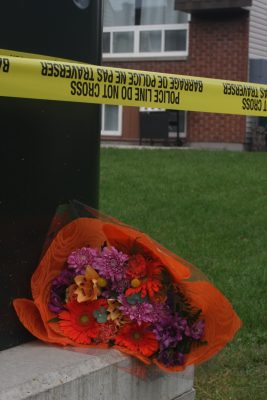 A bouquet of flowers sits on a utility box outside a townhome in Ottawa’s Nepean neighbourhood Tuesday. The home is where Ottawa police found the body of 22-year-old Savanna Pikayuk on Sunday morning. (Photo by Corey Larocque)

Just about a week ago, 22-year-old Savanna Pikuyak left Nunavut and travelled more than 2,500 kilometres to attend Algonquin College in Ottawa.

But her dream of becoming a nurse quickly took a tragic turn.

On Monday, Ottawa police identified Pikuyak, from Sanirajak, as the victim in a homicide and say a 33-year-old suspect is in custody.

In a news release, Ottawa Police Service said that on Sunday officers were called to an address on Woodvale Green, about two kilometres south of the college, and discovered Pikuyak’s body there.

Nikolas Ibey, 33, was charged with second-degree murder. He appeared in court Monday. Police did not reveal the cause of death.

On Tuesday, Pikuyak’s mother, Sheba Pikuyak, remembered her daughter as someone who was “smart, bright” and “had a heart of gold” combined with a biting sense of humour.

“She cared a lot about her family,” Sheba Pikuyak, who lives in Sanirajak, told Nunatsiaq News via Facebook. “She loved her twin nephews, Jarell and Gianni, eight-years old and Alexis, who will turn four. They were crazy about her Aja-aunt.”

She said that as a young Inuk, Pikuyak was active and engaged in educational programs through initiatives such as Students on Ice, Northern Youth Abroad and Nunavut Sivuniksavut in Ottawa before deciding to attend the nursing program at Algonquin College this semester.

Her mother called her extremely talented, noting Pikuyak taught herself to knit, crochet and bead, among other arts and crafts she was fond of. 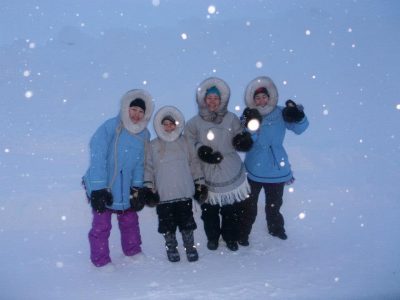 “She was also such a good cook and had a vast knowledge of everything in general,” Sheba Pikuyak said. “She loved replying sarcastically, as she loved making people smile and laugh.

“She was truly exceptional.”

She said Pikuyak gave birth to a boy in Dawson Creek, B.C. earlier this year and that the child, was adopted by Leesa Leroy, a former teacher in Sanirajak.

In an interview via Facebook, Leroy, who said she was with Pikuyak at the hospital when the baby was born, said Pikuyak “really was a truly special and unique person.”

“Her death has left a hole in so many people’s hearts,” she told Nunatsiaq News.

Leroy said her friend’s killer “has ruined so many people’s lives.”

“I think it’s important to share Savanna’s story … It’s impossible to wrap my head around how this could have happened to Savanna.”

Pikuyak is survived by her mother and father, David Angu Akearok, stepbrothers Darryl and Jonah, her youngest brother Dawson, and her sister Geneva, who Sheba Pikuyak said was Savanna’s best friend.

Ottawa police are asking anyone with information about Savanna Pikuyak’s death to contact homicide investigators at 613-236-1222, ext. 5493.

Tips can be provided anonymously by contacting Crime Stoppers toll-free at 1-800-222-8477 or online at crimestoppers.ca