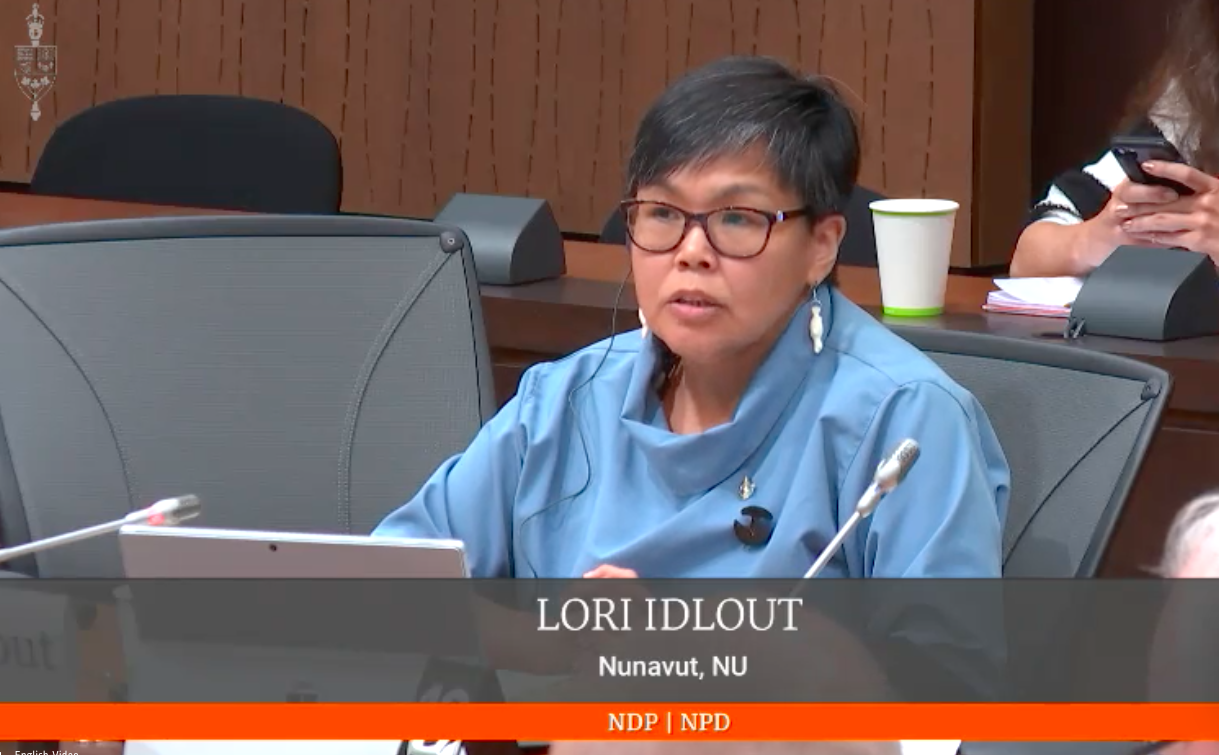 Nunavut MP Lori Idlout asked Supreme Court nominee Michelle O’Bonsawin what she thinks the Supreme Court can do to ensure Indigenous-language speaking “people are better heard in terms of seeking justice” on Wednesday in Ottawa. (Screenshot from the House of Commons committee meeting)

O’Bonsawin — nominated Friday by Prime Minister Justin Trudeau to be the first Indigenous justice on the supreme court — appeared before the House of Commons justice committee, whose Wednesday meeting was livestreamed.

Idlout, an NDP member and associate committee member, asked O’Bonsawin how she would ensure “Indigenous laws are seen and heard” if she is appointed to the Supreme Court.

“How will you, as an Indigenous justice, work with the Supreme Court of Canada to lead in the potential for Canada to be a pluralistic legal system that reconciles with Indigenous laws which have purposefully been ignored and hidden?” Idlout asked.

“In other words, how will you ensure that Indigenous laws are seen and heard?”

“What I can tell you is I live my traditions,” O’Bonsawin responded. “I bring these traditions and my heritage to the table.”

She said she hopes her legal experience dealing with mental health laws would also benefit Indigenous communities, many of which grapple with intergenerational trauma caused by the residential school system.

A Franco-Ontarian, O’Bonsawin is an Abenaki member of the Odanak First Nation.

Idlout also questioned O’Bonsawin on how the Supreme Court can ensure Indigenous people can access better language support within the justice system.

Referring to the committee meeting earlier in the day when translation from Inuktitut to English and French was not immediately available, Idlout asked O’Bonsawin how the Supreme Court can ensure Indigenous-language speaking “people are better heard in terms of seeking justice.”

“I think [language barriers are] often a reality that is experienced by individuals in the court system who have non-Indigenous lawyers that don’t understand them fully,” Idlout said.

O’Bonsawin responded, saying “I think it’s a bit difficult to provide an answer to that question, but I could tell you that in my experience in our court we have translation services.

“I would hope that if we appear in front of courts with our language, we would have proper translation [available].”

If appointed to the Supreme Court, O’Bonsawin would fill the vacancy left by Justice Michael Moldaver, who is set to retire on Sept. 1.

O’Bonsawin most recently served on the Ontario Superior Court in Ottawa.