“It is hard to imagine a more invasive series of non-consensual, quasi-medical techniques performed on Canadian citizens” 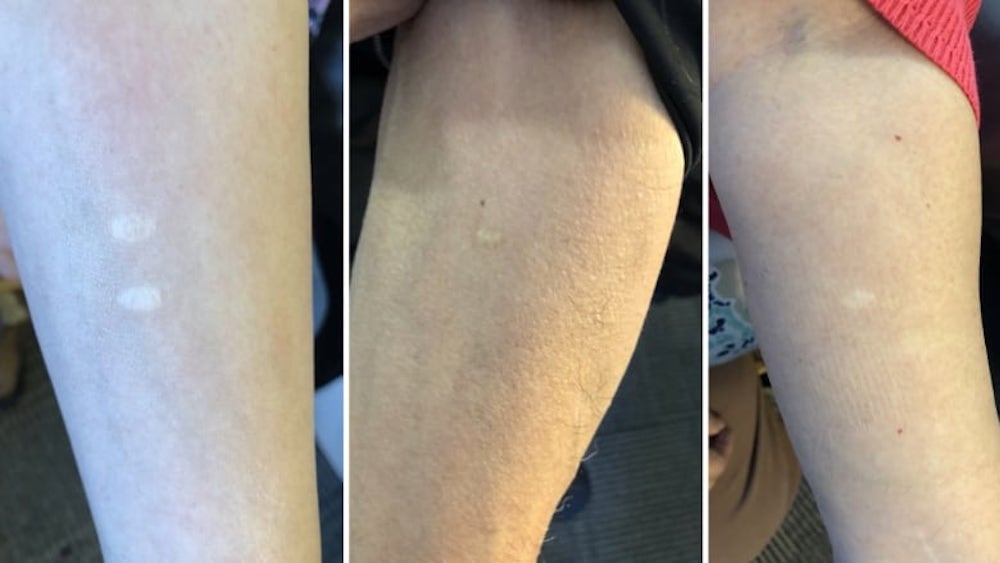 These photos show some of the scars from skin graft procedures conducted on Igloolik Inuit between 1967 and 1973. Five Inuit are now seeking damages and an apology from the federal government. (Photo courtesy of Steve Cooper)

Five Inuit from Igloolik are suing the federal government for medical experiments, including painful skin grafts, conducted on them in the 1960s and 1970s.

The claimants, who include a former premier of Nunavut and the most recent recipient of the Order of Nunavut, are suing for general and punitive damages of more than $1 million each and an apology.

The claimants say the experiments, conducted on about 30 Inuit between 1967 and 1973, included skin grafts to see whether Inuit could better accept skin grafts because they were less “outbred” than other Canadians.

The claimants also say they were exposed to cold so that their reaction to cold could be noted, poked with sharp objects to note their ability to withstand pain and saw the insertion of “objects into the body cavities.”

The statement of claim says that they felt they were “not inherently valuable as human beings but disposable in the same way as a laboratory rat it and they were exposed to serious risks solely for the purpose of furthering someone else’s’ knowledge.”

The plaintiffs say Canada failed in its fiduciary duty to protect them and allowed them to be subject to experiments that were “demeaning and disregarded their inherent value as human beings and have the right to treated with dignity.”

“The experiments could not have taken place without the concurrence, consent or collaboration of Canada and Canada took no or inadequate steps to prevent the experiences,” the statement of claim says.

Their chief lawyer in the statement of claim, filed June 7 at the Nunavut Court of Justice in Iqaluit, is Steven Cooper, a partner in the Edmonton-based legal firm Cooper Regel of Edmonton.

Cooper has successfully taken on many high-profile cases on behalf of Inuit, including the residential school class action case.

“It is hard to imagine a more invasive series of non-consensual, quasi-medical techniques performed on Canadian citizens,” Cooper said in a news release. “Surely such medical experimentation was not acceptable at any time but particularly in the post-World War II environment.” 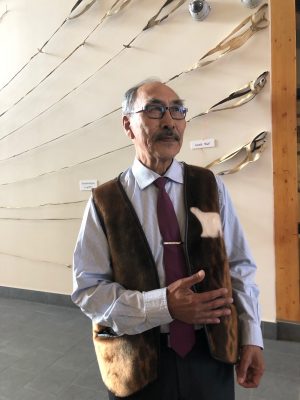 Former Nunavut Premier Paul Quassa, now MLA for Aggu, is among the five plaintiffs who say they endured painful skin grafts in the late 1960s and early 1970s in Igloolik. (Photo by Jane George)

The claimants are Paul Quassa, a former Nunavut premier and the current Aggu MLA; Zacharias Kunuk, an award-winning filmmaker and recipient of the Order of Nunavut, Madeline Ivalu, a storyteller, musician, actress and writer; Lazarie Uttak; and Lydia Inooya.

They are seeking $100,000 in general damages and $1 million each in punitive damages, with interest and costs, and “special damages to be determined at the trial of this matter.”

Quassa said in a news release that affected Inuit were treated like “experimental monkeys.”

They say the experiments included skin grafts to others. They say they were exposed to cold so that their reaction to cold could be noted, poked with sharp objects to note their ability to withstand pain and saw the insertion of “objects into the body cavities.”

They say that they suffered pain and discomfort around the time of the experiment and while the wound was infected. They say the experiments left infections from the procedure being carried out in unsanitary conditions and caused permanent scarring at the location of the skin grafts or puncture.

In “Beyond the Hippocratic Oath: A Memoir on the Rise of Modern Medical Ethics,” Dr. John B. Dossetor, who oversaw the experiments, said “the research was successful in showing that the skin grafts would last longer in the Inuit” than in the “outbred” Caucasians.

“We did not discuss hepatitis B or C viral risks (we knew nothing of HIV at the time) and it was fortunate that none of these viruses were prevalent in the North at that time. Otherwise our research would have been disastrous,” he writes in his book.

Dossetor had help in communicating with people in Igloolik from the late Dr. Otto Shaeffer, who is remembered fondly in Pangnirtung for his work there during the tuberculosis epidemic.

In his book Dossetor maintains his experiment received “group consent” from community elders.

But he also dismisses the account of a woman, then a young girl, who tells about her experience in the book “Saqiyuq: Stories From the Lives of Three Inuit.”

She is not yet one of the claimants.

“They thought Inuk skin was different from Qallunaat skin,” she said in the book. “I don’t know. It sure would have been nice to know what they were doing at the time. Anyways the grafts did not heal into my skin… very lucky the cuts weren’t on my face.”

Dossetor, in his book claims “there was only minimal risk involved and that diminishes, but by no mean abolishes, the need for fully informed consent.”

Cooper said he expects that as the matter becomes more publicly known, others will step forward and join the lawsuit.

“For those still living, the time is now to seek compensation and an apology,” his release states, because “many have already died without having had the opportunity to seek an apology and compensation from the Government of Canada whose responsibility for the administration of health and welfare.”

The statement of claim says that the defendant has up to 30 days to respond with either a statement of defence or an appearance.

Filed Statement of Claim 07… by on Scribd