“I had to step in and work on myself for the research to be successful,” Romani Makkik says 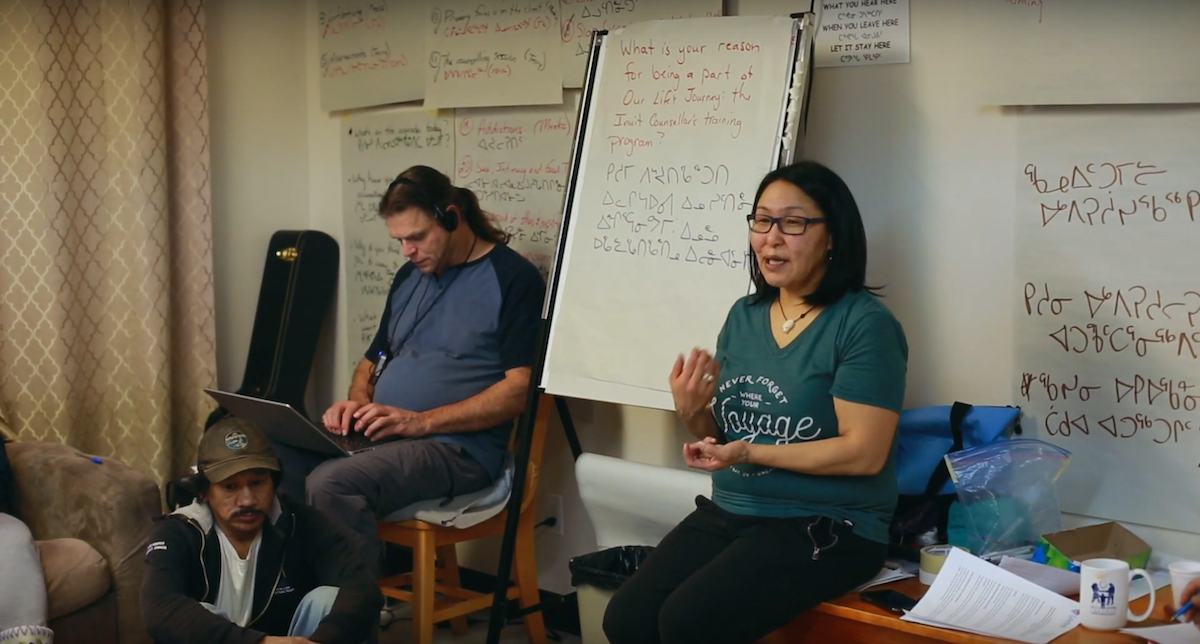 Romani Makkik, who grew up in Igloolik, released her film The Wounded Healers, after two years of research and filming. (Screenshot from film)

“How can we as Inuit come to reconcile amongst ourselves?” asks Romani Makkik as the basis for her new short film, The Wounded Healers, which was released on Dec. 14.

In Inuktitut, Makkik, who is originally from Igloolik, takes viewers along her personal journey moving to Thunder Bay to attend treatment for alcoholism, getting her master’s degree at Lakehead University, and travelling to Clyde River for research and creating her film.

After seeing Tony Kalluk’s film Back from the Brink, Makkik said she knew she wanted to do research for her master’s thesis on the Ilisaqsivik Society in Clyde River, where Kalluk became a counsellor after overcoming addiction.

The Ilisaqsivik Society helps people in the Baffin Island community live healthy lives and gives them access to community support.

“I was proud of him and very much envious of him,” she says of Kalluk in the film.

Makkik began travelling back and forth between Thunder Bay and Clyde River for community visits and eventually took part in the society’s Our Life’s Journey program herself to fully understand the experience.

Our Life’s Journey is a counsellor-training and mentorship program. It focuses on healing through oral tradition and storytelling between Inuit, all in Inuktitut.

“We have collective trauma and we can collectively talk about them and find ways to address them as individuals who have ripple effects in families and in communities,” said Makkik.

She said she felt the need to work on her own self improvement for her research to be successful. Taking part in the program gave her that opportunity in an Inuit environment where other Inuit understood her pain.

“I had to step in and work on myself for the research to be successful,” said Makkik. “I wouldn’t have been true to Ilisaqsivik if I didn’t take this route of sharing my story while learning.”

The film, which is about 30 minutes long and posted on YouTube, touches on residential schools, the tuberculosis epidemic, relocation of Indigenous communities, and other events Inuit have endured over the years and how they affect Inuit to this day.

“If we’re going to reach reconciliation, we need to understand how Inuit have been hurt in the past,” she said.

Makkik said it was a challenge to attend university in the south.

“I’ve had fellow Inuit tell me I’m less Inuk because I’m going to university and I’m losing my identity,” she said.

But she said she has reconciled with her own journey and interests. She likes school, and she likes academia. Now, Makkik says she’s using what she’s learned to help others.

Now living in Ottawa, Makkik has a master’s degree in social justice studies from Lakehead University.