“We are experienced in streaming for television” 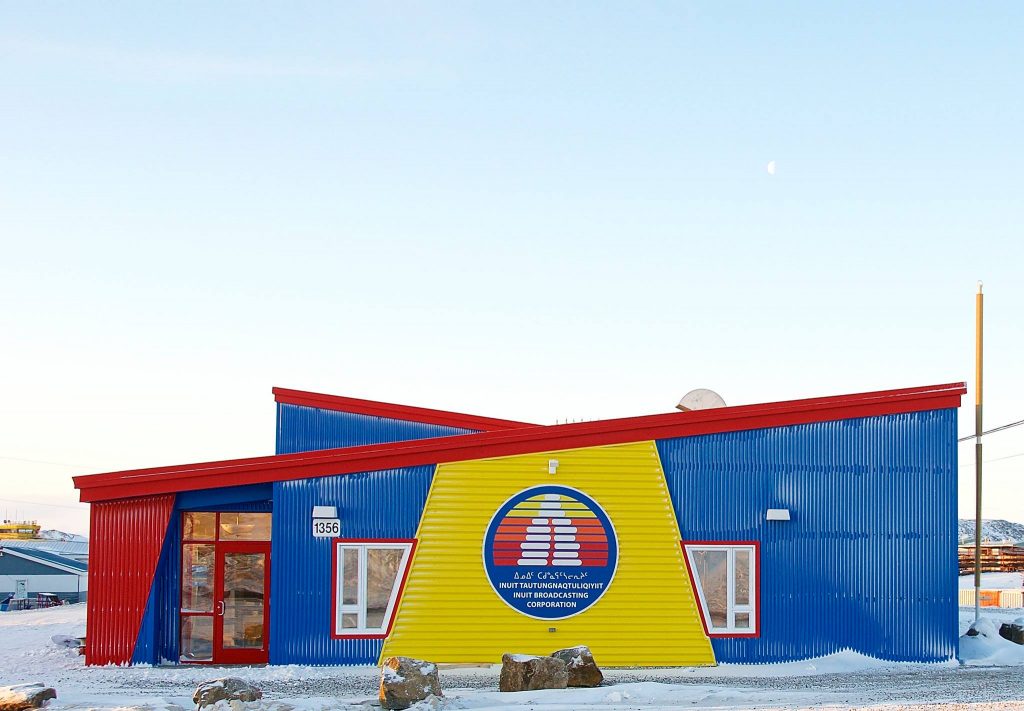 The Inuit Broadcasting Corp., whose office is located on Federal Rd. in Iqaluit, is joining forces with Igloolik Isuma Productions and the Nunavut Independent Television Network to push for more Inuktut television broadcasting on the Arctic Co-operatives Ltd. cable network. (Photo courtesy of IBC)

Three Inuit broadcasters, who would like to see more Inuktut television programs on the Arctic Co-operatives Ltd. cable menu right away, have proposed a new collaboration with the ACL.

“We just want to show how this television channel can be done as soon as possible because we are experienced in streaming for television and we are the most experienced in getting a channel on now for Inuit in their language to enhance the language and culture,” Thompson told Nunatsiaq News. “This can happen this week or as soon as ACL agrees to free a channel for us to use.”

Right now, ACL’s Basic TV package of 28 channels in Nunavut broadcasts less than one per cent of its time in Inuktut, said the three Inuit broadcasters in their letter to the ACL.

“We can show how it works for a limited time without new funding. We can make it a Christmas present to all Nunavummiut by running 24/7 Inuktut from Nov. 1 to Dec. 31,” Thompson said.

Nunavut Tunngavik Inc. said in July that it would spend $2.4 million over three years to support plans to create an Inuktut television channel.

The money will go towards setting up a new Inuit TV Network, with the aim of producing occasional special broadcasts in 2020 and ramping up to a regular schedule of programming in 2021.

NTI’s decision to support to a new group left the three leaders of Nunavut’s oldest broadcasting organizations “surprised and concerned,” they said in a July 20 letter to NTI President Aluki Kotkierk.

They asked her to invite their team of non-profit Inuit firms to work together to operate an Inuktut channel in all Nunavut communities.

With the ACL’s collaboration, more Inuktut can get on air right away, Thompson said.

If ACL, NTI and the Government of Nunavut want to keep it going, “then of course they have to help finance it,” said Thompson, a former Nunavut cabinet minister.

IsumaTV cable channels in Igloolik, Arviat and other Nunavut communities were disconnected when the ACL recently upgraded to its new digital network.

“IsumaTV Nunavut already is a 24/7 Inuktut television channel,” Kunuk said in a Sept. 14 joint release from the three Inuit broadcasters. “ACL Digital just cut it off local cable channels we’ve been broadcasting on for years. Let ACL put IsumaTV back on Digital Basic now so everyone in Nunavut can watch it.”

“Isn’t it time to stop talking about it and start doing it? IBC has more than 1,500 programs on IsumaTV,” Thompson said in the release.

Takugunai, the award-winning children’s show, is a longtime IBC favourite.

For more 30 years, Takuginai has entertained young viewers in Inuktut with its puppet family that includes Johnny the Lemming, Granny and Grandpa, Pukki and Meesee.

One of Takuginai’s goals is to keep Inuit culture alive, but Takuginai also tries to come up with educational themes, dealing with issues like road safety and gun safety.

However, since APTN stopped featuring Takuginai in 2015, the only way Inuit children can now watch Takuginai in Inuktut is on IsumaTV, she said.

“Television technology is changing fast,” Thompson said in the release. “IsumaTV’s channel is on the Amazon Cloud. It can be sent to ACL digital cable as soon as they want to show all the IBC, Isuma and other Inuktut content already uploaded to IsumaTV.

Thompson said they had not yet heard back from the ACL on their proposal, but its executive is expected to meet on Sept. 17, with the annual general meeting slated for Sept. 24.

Asked for comment on Sept. 14 on the proposal, Duane Wilson, vice-president for stakeholder relations at the ACL in Winnipeg, said ACL would “need at least a couple days to rally all the relevant info and stakeholders to provide a meaningful response.”