SmartICE gets federal funds to expand work in Nunavut 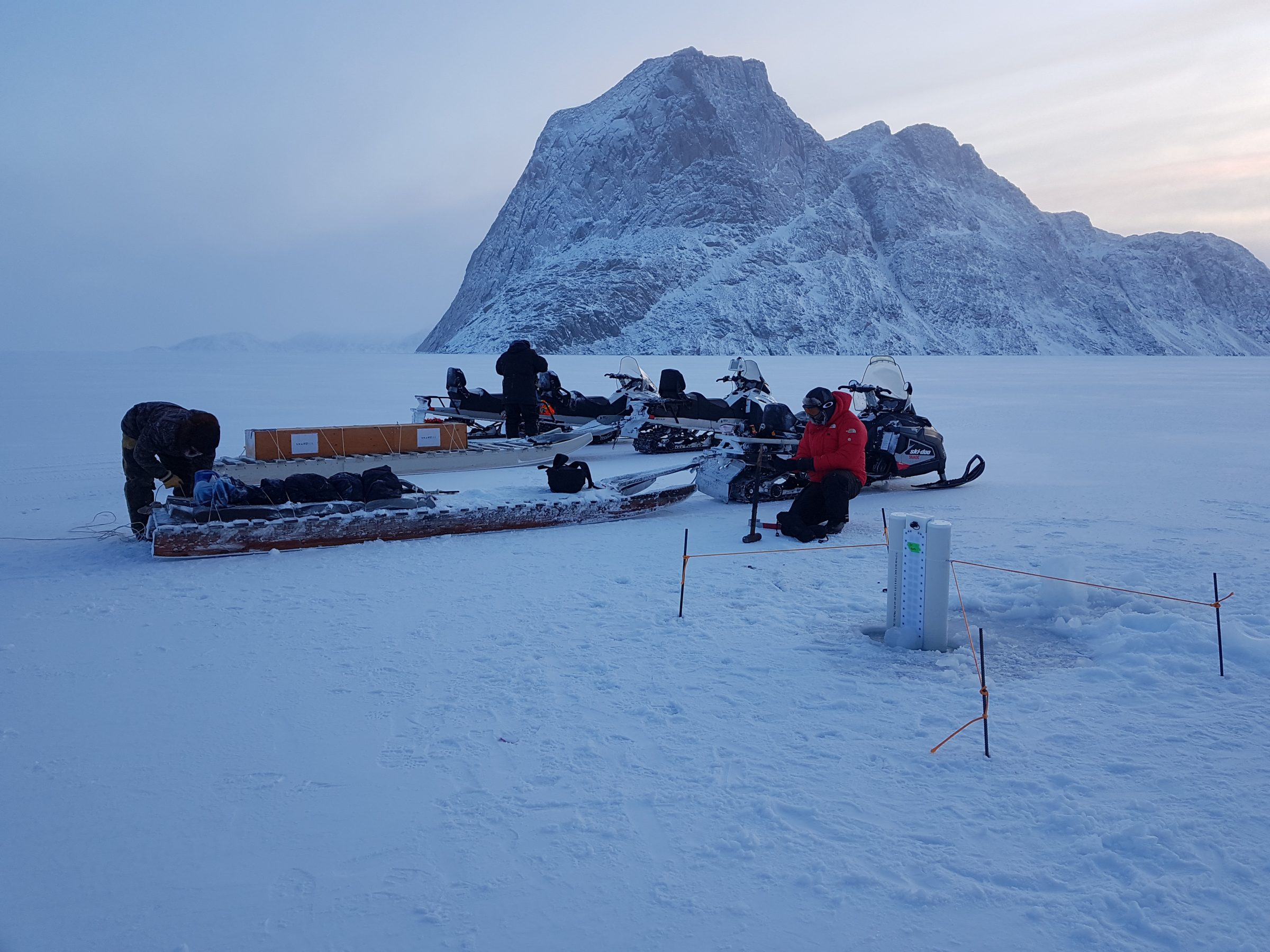 A SmartICE crew deploys the first Inuit-built SmartBUOY in the ice outside of Qikiqtarjuaq last January. (Photo courtesy of SmartICE)

The Government of Canada is providing $671,751 to SmartICE to help deploy more ice-thickness sensors near Nunavut communities to allow for safer travel across the sea ice.

The Nain-based company’s technology uses Inuit-built sensors, drilled into the ice or pulled by snowmobile, to collect and share real-time data on ice conditions.

“It’s a positive project that involves young people, traditional Inuit knowledge and some of the latest technology,” said Northern Affairs Minister Dan Vandal in an interview with Nunatsiaq News following the funding announcement on Nov. 4.

Last winter, SmartICE deployed 18 of its SmartBUOY stationary sensors across the territory, and 16 of its mobile SmartQAMUTIK sensors were active in 13 communities.

For Trevor Bell, SmartICE’s founding director, this funding is important because more communities have expressed interest in having the technology.

“This is an ongoing process to try to meet the needs of any community and every community that would like our services,” said Bell.

This season, with the help of the additional federal funding, SmartICE is expanding its operations to Grise Fiord, Kugluktuk, Taloyoak and Iqaluit.

In addition to expanding its monitoring program throughout the territory, the funding will also be used to continue SmartICE’s work collecting and sharing sea-ice knowledge in Pond Inlet.

What began as a request from the Sikumiut community management committee to help share generations of sea-ice knowledge with youth in Pond Inlet has evolved into a multi-year project that has resulted in the documentation of 65 Inuktitut terms for sea ice.

To share that knowledge, SmartICE has created posters, maps and also plans to produce and distribute a booklet with illustrations by a local artist, to every household in the community.

Other communities have also expressed interest in working on their own sea-ice knowledge projects, something Bell says SmartICE hopes to do in the future. 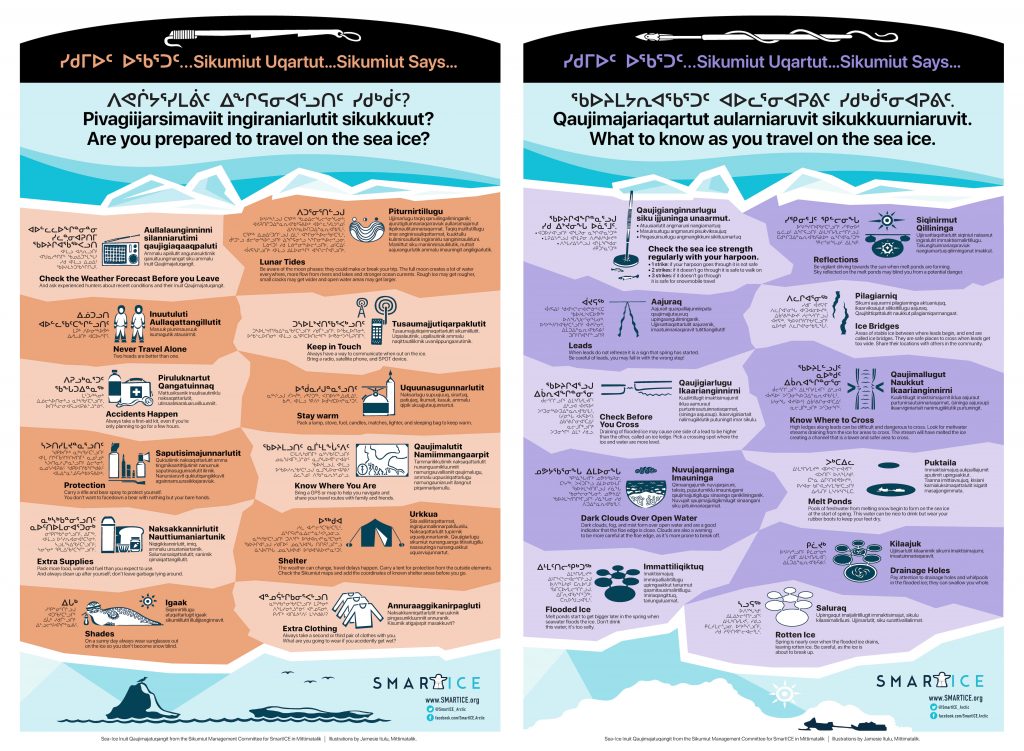 These are examples of posters created by SmartICE in partnership with the Sikumiut community management committee in Pond Inlet. (Image courtesy of SmartICE)

“A success for us”

As part of Wednesday’s announcement, Vandal virtually toured the SmartICE facility in Nain and met with members of the team.

For him, one of the standout moments of the tour was being able to speak with Inuit youth who have been trained to construct the SmartBUOYs at the production facility in Nain.

“I think it’s pretty cool when we can teach young people how to work with that technology,” he said.

“It’s a starting point for them to hopefully go on to other things in their life.”

Bell sees it the same way.

“A big part of what we do is train people and provide an employment experience,” he said.

“So, if some of our operators have actually got jobs over the summer and moved on, that’s actually a success for us … and we’re happy to retrain again.”

To adapt to the realities and restrictions brought about by the COVID-19 pandemic, SmartICE has taken steps to ensure its training will continue.

“Over the summer, we invested in thinking from a COVID perspective,” said Bell.

This includes developing training materials, videos and training some of SmartICE’s northern operations leads to be trainers, enabling them to travel to different communities and train future operators, something that will be needed in the coming months.