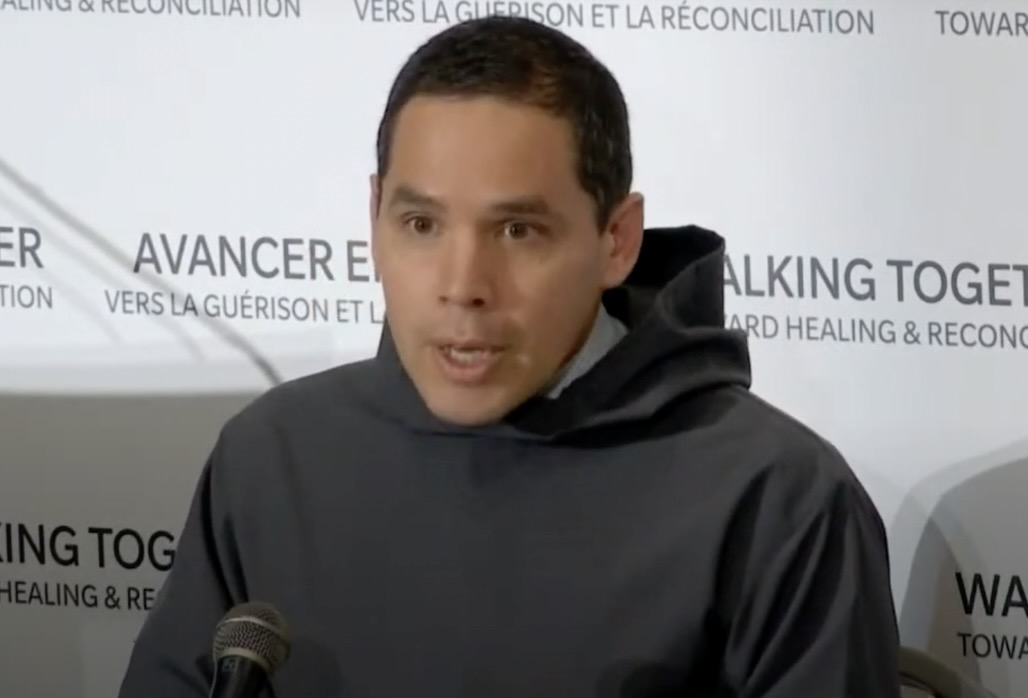 Seven Inuit delegates met with Pope Francis in the Vatican on Monday to discuss the Roman Catholic church’s role in the harm of residential schools towards Inuit and what can be done about it. They also appealed to the Pope to help bring a controversial priest accused of sexually assaulting Inuit youth to justice.

“We want this new relationship … of reconciliation to be based on action and mutually shared ambition,” Inuit Tapiriit Kanatami president Natan Obed, one of the delegates, said in a press conference in Rome after the meeting.

The Inuit representatives are part of an Indigenous delegation in Rome this week. The purpose of their trip is to meet with the Pope to seek a formal apology for the church’s role in Canada’s residential school system as well as a commitment from the church to assist in reconciliation. Other groups in the delegation include the Assembly of First Nations, Métis National Council and the Canadian Conference of Catholic Bishops.

Obed said one area of action mentioned in the Inuit delegates’ meeting with the Pope was to enlist Francis’ co-operation to bring French priest Rev. Johannes Rivoire to justice. Rivoire worked in Canada’s eastern Arctic in the 1960s and is accused of sexually assaulting Inuit children during that time. He is said to currently reside in France.

Obed said the Pope was asked to speak directly with Rivoire and ask him to return to Canada.

Rivoire was charged in 1997 but those charges were stayed in 2017 when the Public Prosecution Service of Canada did not see a possibility of conviction.

“It’s such a heartbreaking reality that some people who should have been brought to justice decades ago have not seen justice and those who have been abused … have sometimes died before seeing justice,” he added.

Calgary Archbishop William McGrattan said at Monday’s press conference that the Pope heard Inuit delegates’ requests. He did not state the Pope made any commitment but said that the Catholic church should assist those seeking justice and healing from abuse.

Other issues discussed Inuit delegates discussed with the Pope included the Indian Residential School Settlement Agreement from 2006, Obed said. He added that of the $25 million in restitution only $3 million has been paid out.

“We would like to see more immediate action,” Obed said.

Obed added the Pope has been invited to Inuit Nunangat to personally deliver an apology for the church’s role in residential schools, as that aligns with the Truth and Reconciliation Commission’s 58th call to action.

Missing from the delegation is the Congress of Aboriginal Peoples, known as CAP. In a statement, CAP said it represents off-reserve and non-status Indigenous Peoples in Canada, which includes southern Inuit, and wants to be involved in discussions revolving around reconciliation with the Catholic church. The organization has contacted the Canadian Conference of Catholic Bishops and stated it looks forward to being included in the Pope’s future visit to Canada.